The prime minister with the least interest in economics of any frontline politician since the war is going to have to try and lead an economic recovery plan for the UK. 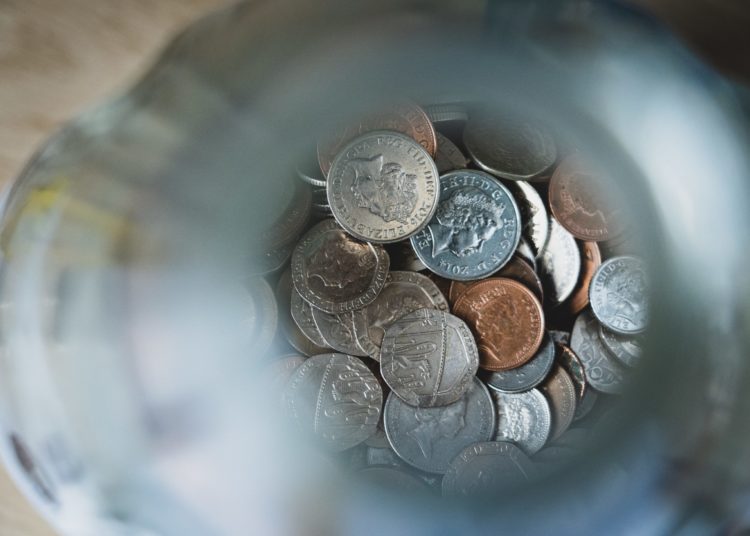 The central problem for this government is its own ideology. Most Conservative MPs currently in office were brought up in the time when Margaret Thatcher was in power and they absorbed a strong faith in the power of markets along with some powerfully nationalistic sentiments.

That makes it hard to govern at a time of international crisis when market forces simply aren’t up to the job. Actually, that isn’t quite accurate. The situation right now isn’t that market forces aren’t capable of getting us out of the economic, social and environmental crisis we are in, the problem is that left without guidance, market forces will make the problems massively worse and the only alternative is for governments to act.

In a standard economic recession it is not unreasonable to believe the businesses that are destroyed will be inefficient out-of-date ones and that sooner or later market forces will re-employ any people or material resources that fall out of use as a result of creative destruction. The economy may well bounce back stronger and fitter without any need for government action.

Unfortunately, we aren’t dealing with a situation even remotely like that. We are staring down the barrel of a genuine out-and-out economic depression if we let the economy follow its own course. People who have lost jobs or businesses during this pandemic are struggling financially, and they are not alone. Those people will not be going out and spending wildly once the economy is opened up again. There’s going to be a serious shortage of customers, and that’s going to drive further businesses to the wall and restart the same ugly cycle of economic downturn. We aren’t facing a temporary recession. We are at risk of a full on economic depression.

The best ways to get out of one of those were worked out almost 100 years ago by the economists who lived through the Great Depression. After a collapse of the free market economy that saw unemployment rates in the United States rise to 25 percent, it took huge state investment in the form of Roosevelt’s New Deal and then the Second World War to dig Western economies out of the hole.

The generation that lived through that never forgot the experience and did politics after the war very differently. Winston Churchill, as Conservative prime minister, used to boast about how many council houses his government had built. He had a top rate of income tax of over 90 percent. All major parties took it for granted that it was the job of the British government to run an efficient welfare state. They believed one of their most important jobs was to balance the economy, by investing when times were hard and to cutting back on spending when the economy was booming. The result was 25 years of sustained economic growth with low inflation.

That era came to an end when international trade grew to such an extent that people were buying a high proportion of their goods and services from abroad. Once that happened, it became very difficult for the British government acting alone to boost its economy. When a British government poured money into the economy, it resulted in a significant increase in the imports from abroad and only a small and slow positive impact on the UK economy. That produced inflation here, that rose to a peak of 24 percent and that in turn gave rise to Thatcherism and a generation of right-wing politicians brought up with a real fear of expansionary economic policies.

The only way out of that dilemma is for the majority of countries to agree to boost their economies at the same time whenever there is a risk of recession. That would enable employment to return, as newly employed people buy goods and services that have been produced by other newly employed people around the world.

As it happens, that is exactly what central bankers quietly got on with doing after the 2008 financial crisis. They recognised that if banks continued to collapse, then the real economy would quickly follow and there would be a truly appalling economic slump on a scale no one had ever seen before. So, they electronically created a lot of new money and pumped it into the financial system via a process called quantitative easing. Morally it was a hugely questionable decision, as it effectively provided free money to precisely the people whose irresponsible and selfish gambling with other people’s savings had produced the financial crisis in the first place. In practice, it achieved what it set out to do. The banks were saved. The economy didn’t collapse, and people continued to earn a living.

Right now, the problem faced by most countries is not the health of the banking system but the health of their own government’s finances. In the first nine months of the current financial year, the UK government borrowed £271bn pounds. It is worth writing all the zeros. That is £271,000,000,000. Of new debt. It represents roughly £5,000 for every woman, man or child in the country. Government debt has already reached the size of the entire national income for an entire year and is rising fast.

At the same time as those finances are being stretched to the limits, there are a string of new demands on government spending. More people are out of work, so tax revenues are down and spending on supporting them has risen. Similarly, thousands of businesses are in desperate trouble and, at the same time, services such as public transport have been running for months with few customers. All of that creates extra pressure on government finances.

Left to their own devices, central governments are likely to run out of money quite quickly and they will have to cut back. Yet the consequences of doing that would be utterly horrific. If governments start cutting spending and imposing austerity in the middle of truly hard times, the impact would be an economic crisis the likes of which no one alive has lived through. The International Monetary Fund is currently advising wealthy countries to increase spending on the climate emergency, to counteract the impact of the pandemic.

The only realistic way to finance the necessary spending is for central banks to agree to provide the equivalent of quantitative easing money, but this time to supply it to governments. Those governments then need to use as much of that money as they can on long-term investment that helps transform us into low-energy and low-plastic consumers, as we work our way out of this crisis.

And there’s the rub. What is required to solve current problems is exactly the sort of policies that the MPs making up the current British government detest in the core of their beings. It requires state planning. State investment. Loose monetary policy. International collaboration. Prioritising a low carbon economy. Investment in public services.

Those are hard ideas to swallow if you’ve been brought up to believe that governments are a big part of the problem, that only the market can be truly trusted, that austerity is the only responsible economic choice and that Britain can go it alone.

It’s therefore going to be fascinating to see how Boris Johnson works his way out of his ideological difficulties. The prime minister with the least interest in economics of any frontline politician since the war is going to have to try and lead an economic recovery plan for the UK. The prime minister who gave us Brexit is going to have to help to develop an international approach to solving an international problem. It is possible, of course, that he will turn out to be up to this task and that he will be able to transcend the ideology of his upbringing and triumph over the prejudices of his backbenchers.

I suppose we must try to live in hope. I can’t say that personally I am particularly strong on expectation.