The Conservative government’s proposals in the business and planning bill have been justly criticised for being far too developer-friendly, to the detriment of the local environment, climate change, housing standards and local democracy. 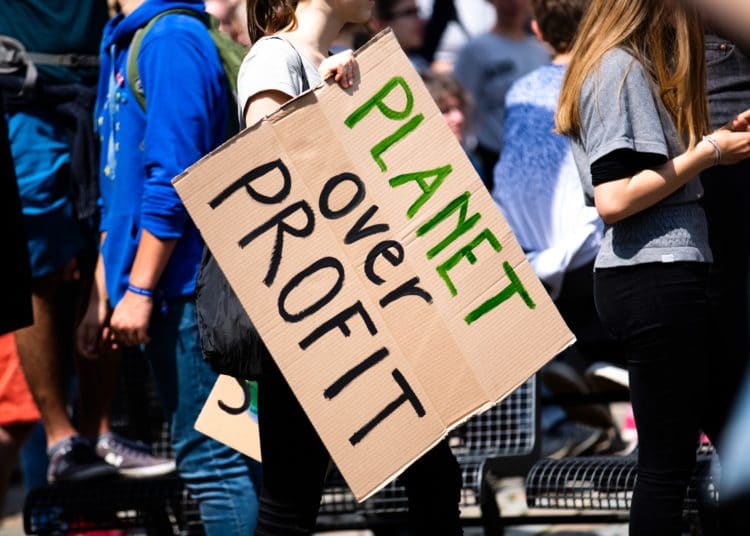 The Conservative government’s proposals in the business and planning bill have been justly criticised for being far too developer-friendly, to the detriment of the local environment, climate change, housing standards and local democracy. The bill panders to the interests of big builders and not those of millions of people who need low cost, secure housing with low living costs.

So what would an alternative look like that addresses these issues and makes things better rather than worse?

A national policy planning framework that acknowledges the climate emergency

A principal issue is that the National Planning Policy Framework (NPPF), with which all local plans have to comply, gives a greater emphasis to development above environmental concerns. But since the NPPF came into law, we have had councils and parliament declaring a climate emergency, in response to the warning from the UN Intergovernmental Panel on Climate Change that we have to get our emissions under control by 2030.

So the NPPF needs revising swiftly, to reflect the urgency of the climate emergency and allow local councils to revise their local plans accordingly. One immediate effect might be to stop the allocation of land for development on flood plains and in absence of sufficiently robust energy efficiency standards the ability to set higher ones locally.

Building council housing, a new national priority and an end to the ‘Right to Buy’

Another priority needs to be a renaissance in social housing and council housing in particular. Property ownership is neither a viable nor desirable option for millions. The diminishing stock of council houses has meant that it has become poverty housing for those in the direst of circumstances.

We have to end the Right to Buy for tenants of council homes. The implicit assumption of the policy is that owner occupation is somehow preferable to council housing. We need to recognise that social housing is a social good with low rent, security of tenure and upkeep the responsibility of the landlord. If supply of council housing were plentiful than it would be a check on rising house prices and a viable alternative for people looking for a home.

To make investment in new council housing stack up, the Right to Buy with the generous discounts on the value, should cease immediately. This would bolster the business case for council housing, by filling the hole in the revenue bucket, preventing the loss of housing stock and giving councils the confidence to build at scale.

In the business and planning bill, the Conservatives announced that we would be building zero-carbon homes in the UK by 2050. This is utterly scandalous. We can build zero-carbon housing now and we would be doing, if the then chancellor, George Osborne, hadn’t cancelled the policy back in 2015.

A reasonable timeframe would be three years to get the housing industry geared up to deliver low-emission passivhaus standard housing. Passivhaus is a quality-assured method of building to a standard that delivers very low energy demand buildings, making homes more affordable and healthier to live in. More information on Passivhaus is available via this website: What is a Passive House? Understanding the Principles Behind This Sustainable Housing Movement.

Councils are encouraged by the government to reconsider the designation of green belt land to boost land for potential development. Given excessive demands to boost the supply of land for development, some councils have reduced the amount of land with green-belt status. Threatening the green belt is completely unnecessary, as developers are already sitting on planning permissions for a million homes. In fact, we should tax developers punitively for not developing on land that they have been granted permission to develop.

Perversely there is a competitive market in the companies that developers use to determine whether or not their buildings conform with building regulations. One thing we do know is that in reality many homes and other buildings use far more energy than we would expect if they had been built in accordance with building regulations. The suspicion is that developers have cut corners, built sub-standard housing and paid a private building control company to sign off their developments. Hence the performance gap. It is bizarre that private companies can pay another private company to decide whether or not they have complied with the law. It must stop, and building control should be purely a public sector function resting with local authorities.

Well that’s what you could have had.

Andrew has been a Green Party councillor on Kirklees Council since 1999. He is the energy spokesperson for the Green Party.