ADVERTISEMENT Brexit was billed as taking back control of our laws but the government has still not published a list of EU laws they want to repeal After the transition period Boris Johnson will be free to tinker as much as he likes with a whole new section of the British constitution, called retained EU […] 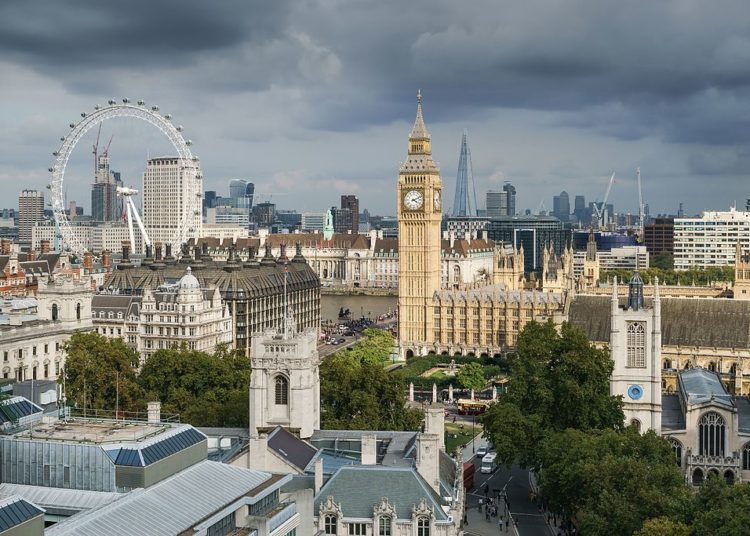 After the transition period Boris Johnson will be free to tinker as much as he likes with a whole new section of the British constitution, called retained EU law. But which laws are actually destined for the axe?

You would think after years of shouting about ‘taking back control’ of our laws and ‘regaining sovereignty’ the government would have published a list of all the EU regulations and Directives that it has its eye on. But no, we have no idea.

I ask the question since it’s an article of faith among Brexiters that somehow we have had masses of EU regulations and directives foisted upon us in a secret German plot to dominate and control Britain. The transparently democratic process known as the Ordinary Legislative Procedure, the method by which most EU laws are adopted, is always conveniently ignored.

Our local MP and typical Brexiter, Nigel Adams, for example, summed it up on his website in June 2016:  “The EU is fast becoming a European State, where Britain has to obey directives and regulations that British people have never voted for and never would. The House of Commons Library has estimated that over 60 per cent of our laws start in Brussels – nearly all decided by the 28 unelected EU Commissioners.”

For some inexplicable reason the article has now disappeared, but you can still find it on a web archive. Perhaps our rather parochial representative was embarrassed by it? Someone at the Foreign Office, where he is now a junior minister, has probably explained to him how the EU actually works.

“The EU is fast becoming a European State, where Britain has to obey directives and regulations that British people have never voted for and never would. The House of Commons Library has estimated that over 60% of our laws start in Brussels – nearly all decided by the 28 unelected EU Commissioners.”

Fintan O’Toole, the brilliant Irish writer and columnist, has rightly described this sort of thinking as ‘imaginary oppression’. Brexiters believe it implicitly but it’s hard to liberate oneself from something that doesn’t actually exist. The government must begin to show that taking back control actually means something and that our newfound ‘freedoms’ are not also imaginary. This will become a real problem shortly.

I know the issue also bothers Ken Clarke, the former MP for Rushcliffe and Father of The House. He frequently asked which EU laws British ministers voted against in the European Council but is yet to receive a reasonable answer?

During a BBC interview with Clarke and Rees-Mogg in October 2016 we learned what the Right Honourable member for the 18th century would like repealed. For him it’s the three-crop rule, the ban on neonicotinoids and the Working Time Directive (WTD). Plus, he wanted incandescent light bulbs back on the shelves.

The following year, his Brexiter colleague and DEFRA Secretary at the time, Michael Gove, disappointed Rees-Mogg because he actually extended the neonicotinoids ban, calling for “further restrictions on their use”. Just about every major country in the world has banned filament lamps so it’s hardly likely we will be having our irises seared and our homes heated by ultra-bright 200 watt bulbs in the future. Unless we build a factory and look for export opportunities that is.

And anyone can voluntarily opt out of the WTD’s 48-hour week limit so it’s not particularly onerous is it? As for the three-crop rule, most people have never even heard of it!

Later, in November 2017, in the House of Commons the famously Europhile Ken Clarke tried again, this time with Steve Baker. Clarke asked the junior DEXEU minister if he could name a significant European law or regulation that was opposed by the British government at the time, which the government were now proposing to repeal?

The only one Baker could think of was the ‘ports regulations‘. Never heard of them? Join the club. This Directive didn’t even come into force until April 2019 and has hardly filled the newspapers with massed opposition voices since then.

Remember, these are leading lights of Brexit and this is the best they can come up with.

The government launched a red tape challenge in 2011, although the website is now closed having achieved little of note, in fact nothing as far as I know. In February 2020, before he resigned, Sajid Javid issued yet another red tape challenge to ‘liberate business’ from ‘overbearing bureaucracy’. It’s as if we keep going around and around the same circuit looking for non-existent rules to scrap in the certain knowledge something must need repealing, but failing to identify what it is.

During the referendum, Vote Leave produced a list of 72 EU measures, out of several thousand passed between 1996 and 2015, which they claimed the UK government had opposed.  Brexiters were apparently enraged by the outcome of the democratic processes in the European parliament and Council of Ministers. It’s the kind of anger that a dictator or a medieval monarch might feel if anyone was foolish enough to suggest a vote on anything.

So, what were these 72 measures about? They must surely be prime candidates. Jim Grace in a long Twitter thread in January 2019 went through the entire list and discovered that UK ministers had opposed things like food labels having to indicate if Aspartame (linked to cancer, headaches and seizures) was present – this was Directive 96/21/EC.

The ports directive establishes a framework for the provision of port services in Europe, many of which are state owned with the potential to receive illegal subsidies. It provides for common rules on financial transparency and creates a level playing field among port operators. Will anyone die in a ditch to scrap it? Probably not.

Another – 96/22/EC – banned the use of growth promoters with hormonal, thyrostatic or beta-agonist effects, to avoid carcinogenic residues in meat. Regulation 261/2004 was the one that forced airlines to offer compensation for delayed or cancelled flights. Amazingly, UK ministers actually voted against both of these.

This is the sort of thing the EU was ‘forcing’ on us. We supported everything else or abstained.

Many of the 72 measures, those concerning EU budgets or agencies, simply don’t apply to us anymore and it’s hard to see even this government repealing rules that prevent wine makers adding tartaric acid to wine or safety advisers dealing with dangerous goods on public roads not being properly trained (yes, we opposed both of those!). In other words the actual number of ‘measures’ that we voted against and later found their way into British law, which we might now want to repeal, is vanishingly small and none of them are significant.

The National Audit Office recently put the direct cost of Brexit preparations so far at £4.4 billion for the public sector alone, not including costs for private companies. In January, Bloomberg Economics calculated the UK economy has already shrunk by £130 billion, with a further £70 billion reduction expected by the end of this year.

This seems rather a lot to pay for Rees-Mogg’s trivial wish list or to have aspartame added to food without it being on the label.

The government is keen to regain control over our laws but what they plan to do with it is not clear. How much are we going to diverge from EU law? If what Brexiters have said is anything to go by, in the end we may not move very far at all. Will the average leave voter understand? I’m not convinced. Many expect a massive rolling back of EU laws.

Although all this is academic at the moment, it may become a battleground in future. What is the point of taking back control in order to continue on the same course or worse, to shadow the EU? If divergence is the point of Brexit, Johnson needs some big-ticket items, what will they be?

Laws must go, but which ones? We will soon find out.