“Eat Out to Help Out”, the government says. A phrase that comes oven-ready with a side order of “Ew”. 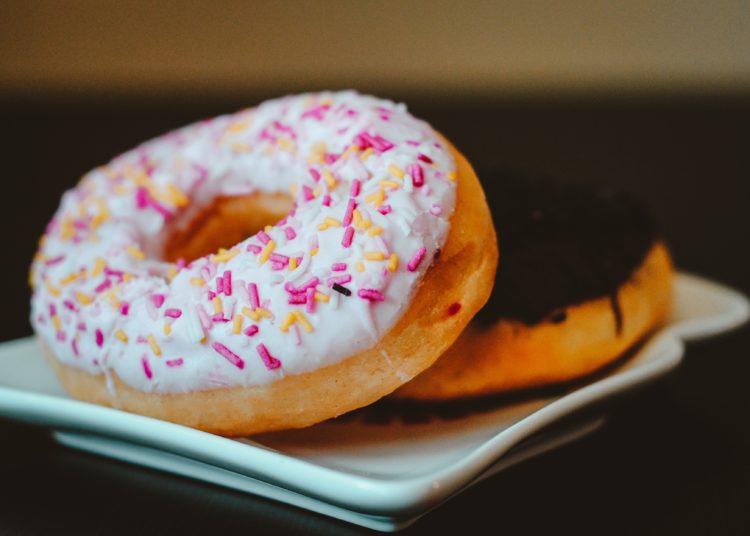 “Eat Out to Help Out”, the government says. A phrase that comes oven-ready with a side order of “Ew”. In essence, it’s a scheme whereby Westminster will pay fifty per cent of the cost of your meal out up to a £10 contribution. So a £20 surf ‘n’ turf will come in at a measly tenner. What’s not to love?

Which magazine helpfully compiled a list of some of the eating establishments taking part, so you know where to go for your Boris Brunch. Beefeater, Wagamama and all Greene King establishments are onboard. Pizza Express is even accepting the promotion alongside its other vouchers and discounts. Which means they’re practically giving food away! What seemed like a pricey pizza (you won’t get much under £10 on the regular menu these days) is suddenly looking cheap as chips.

Although if it’s chips you want, head over to that bastion of fine dining, JD Wetherspoons. Something called a Beyond Burger (beyond what, exactly? Belief?) can be wolfed down for as little as three quid under the government’s scheme. Meanwhile a little investigative reporting reveals that a Beyond Burger hails from Chicago and is produced by a company called Beyond Meat. Yes, it’s a plant-based burger, although one that seems to be on a mission to replicate meat at every conceivable turn. Evidently here is the Rory Bremner of burgers. The Weatherspoon website practically salivates at beetroot providing the “meaty red hue” and coconut oil and potato starch offering “mouth-watering juiciness and chew”. I’ll pass, thanks.

Plant-based food is healthy, though, right? Well, this little impressionistic beauty weighs in at a hefty 1,112 calories. And that’s before adding a side of fries. Whereas its menu counterpart, the Rainbow Quinoa Salad, barely tops 320 calories, and it features grilled butternut squash, presumably for its “juiciness and chew”. Maybe we’re beginning to get to the back(side) of Beyond.

Beyond ideal calorie intake is something I thought the government was trying to eradicate. Its new obesity strategy seeks to ban TV and online ads for food high in fat, sugar and salt before 9pm and end deals like “buy one get one free” on unhealthy foods. How it’s going to ban online ads before 9pm remains a mystery. Given that it doesn’t seem to be able to even cast an eye over reports of Russian interference in British media I can’t really see it scouring Facebook and the Mail Online for pre-teatime Dominos ads.

The sister of that pencil of health and leader of the House of Commons Jacob Rees Mogg weighed in to the obesity debate on Twitter in typically Marie Antionette style. Replying to a tweet which raised the issue of the cost of fresh fruit and veg versus a bag of supermarket chips, Annunziata Rees-Mogg replied: “Tesco 1kg potatoes = 83p, 950g own brand chips = £1.35”, conveniently omitting to add “Tesco Pure Sunflower Oil 1L = £1.10” and “Argos Cookworks 1.5L deep fat fryer = £15.99” into the equation. Let them eat spuds, indeed.

All of which makes me wonder exactly who this new anti-obesity drive is aimed at. Is it a national effort to reduce the weight of the nation and improve its overall health, thereby, as the government’s own website states, protecting ourselves against Covid-19 and protecting the NHS? Or is it yet another mixed message which essentially becomes just one more stick with which to beat the poor? Now that foodbanks have been requisitioned as MP photo opportunities, it’s surely the fault of people struggling to feed themselves and their families that we’ve become a nation of lardies. It’s all down to the choices we’ve been making. And with the prospect of post-Brexit food standards seemingly being up for grabs within trade deals, the chances of British supermarket food becoming healthier any time soon is about as likely as my optician recommending a trip to Barnard Castle next time I need my prescription checked.

Of course, so much that is wrong with the UK begins with a failing, outdated and judgmental education system. We’ve already seen recently how the school history curriculum could do with a dramatic revamp. Perhaps it’s time to do the same to domestic science. Actually teach kids not only how to make nutritious meals easily and quickly, but help them to develop a relationship with food that extends into health and genuine knowledge about how pre-prepared food is made and where it comes from. Pizza Annunziata, anyone?