Juliet Lodge looks at how the European Union is moving its documentation processes online with e-visas, and the challenges this presents. 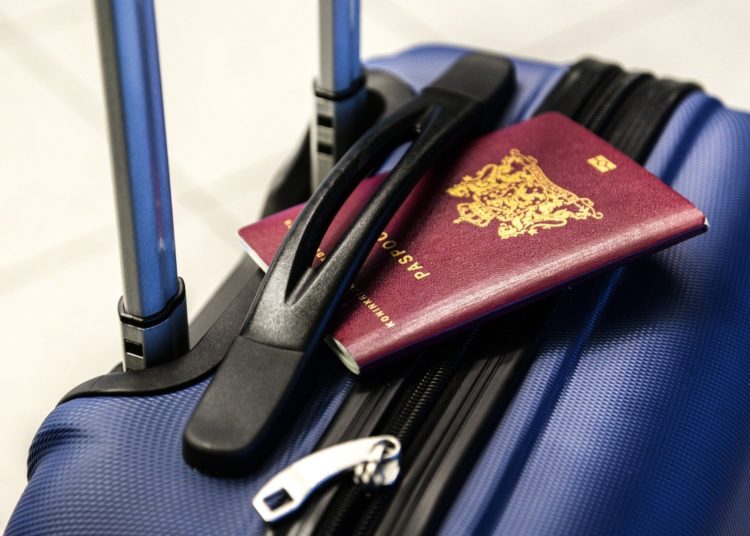 Image by Skitterphoto for pixabay

While we have been treated to the inane grins and bleating of Brexit ministers and the prime minister, the EU has been getting on with life. There has been a new spate of public consultations from the Commission, relating to upcoming policy proposals in different areas, including trade and food security during the pandemic. These are easily accessed online.

They form the basis of ‘inception impact assessments’ and have a two-fold aim:

In particular, the Commission wants people’s views on different options and matters officials may have overlooked. It’s a very far cry from our own government’s muzzling of Westminster and apparent stifling of all criticism.

These EU public consultations are not just spin. The latest one addresses the freedom of movement of people and the use of technology to cut the administrative burdens associated with issuing paper documents, by digitalising bureaucratic procedures. This includes visas for people from countries not in the EU (including potentially the UK) who have to get a visa to enter any EU country.

What has this to do with Yorkshire? A lot. Some 20 years ago, a decade after the single market got off the ground in 1993, the University of Leeds was involved with major IT companies in cross-border research to identify and undertake feasibility pilot studies for digitising visas, and creating a smart card for Erasmus and international students spending some time travelling across or studying in EU countries. The idea was that they should be able to get a single card or digital document to allow them to travel across all EU countries, rather than having to apply for separate entry visas for each country.

The original e-visa project quickly brought together consuls in the UK, including Leeds and Newcastle, in identifying what problems individuals faced when they lost their paper visas or when they needed renewing. The French and German consuls in Newcastle played key roles in this, and pioneered joint consular offices.

At that time, having an electronic, digital document that could be kept on a smart phone or tablet was a very big deal. It has taken many years to reach the point where this is becoming a reality within the EU. It is a sad irony that the UK has left, after all the work put in to make this a reality by researchers, diplomats, officials, local governments and members of the European Parliament from the UK and other EU states.

What wasn’t appreciated at the time was how the creation of an online citizen portal to access government services could be developed as a tool to let governments know what citizens thought of their ideas before they were tied into legislation. But this is precisely what the EU is now doing, as the e-visa consultations illustrate. For example, EU citizens here who have applied for settled status have highlighted their fears over only having a digital confirmation of their right to be here. While the UK government has not offered anything else, the EU has learned from its consultations that relying purely on digital documents may be premature. Accordingly, the EU’s proposals allow for member governments to continue to issue paper or plastic documents if necessary or if they are technically unable to manage an e-visa system.

Visas normally involve the production of a paper document after various bureaucratic formalities have been completed, before travel to an EU country. This can take time, and money. It is increasingly common for embassies and consulates to record the biometric data of visa applicants. Given that there may only be one visa office in a country, additional costs such as travel, time and administrative charges accrue for families. Not surprisingly, there is a black market for visas and for stolen blank or actual EU passports.

The rise in international travel has encouraged governments to digitalise as much as possible of the bureaucracy associated with the issuing of travel documents – tickets, passports and visas. The digitalisation of the visa application procedure was officially launched by the then Estonian Council presidency in 2017. The council’s visa working party explored this and linked it to the EU’s future Entry-Exit System and the European Travel Information and Authorisation System (ETIAS).

The Commission did a feasibility study of online visa procedures and pilot projects, to prepare the ground for future proposals, revise the EU Visa Code in 2019 and develop a common route to allow third country nationals to apply for Schengen visas online. A Schengen visa is a short stay visa allowing its holder to circulate in the Schengen area covering 26 EU and non-EU countries (‘Schengen States’) without border controls between them.

Member states already share a common database – the Visa Information System (VIS) – where all visa applications and decisions on those applications are recorded. The Covid-19 pandemic shut down Schengen visa operations worldwide, but this did not stop the member governments from pressing ahead with advancing the goal of digitalisation of public services and what they call a digital society. If anything, it spurred them on.

The Commission’s work programme next year includes a new pact on migration and asylum, which aims to fully digitalise the visa procedure by 2025. The initiative fits with the general EU approach to encouraging the modernisation and digitalisation of public services.

However, a lot of paperwork still has to be done by consulates and by applicants who have to leave their passports at the consulate until the procedure is completed. Some 15 million are processed annually.

From 2023, those non-EU nationals who are exempted from having to get visas will be able to apply for a travel authorisation to the EU through a common web portal. The EU and member states are developing a common visa policy and harmonising the Visa Code, and associated regulations including formats for travel documents like passports and visas.

In theory, a digitised identity document should allow for ‘seamless travel’ from check-in to leaving the destination airport. Biometric passports are an example of automating the verification of a person’s claim to be who they say they are when they turn up at the departure gate. Facial recognition technology is fast becoming more common also in shopping malls. But in practice, people are still likely to have to have a face-to-face interview with a human being at some point during the process, and this will continue to be the case. Moreover, administrative, economic and technical obstacles as well as different legal systems are bound to impede the universal rollout of e-visas. Looking to the future, the EU sees the e-visa system expediting cross-border exchanges from sport to culture, business and education. The impact assessments are designed to ascertain public views on this.

Finally, and interestingly, the EU has assessed and seeks citizens’ and stakeholder views on how fundamental rights might be affected by digitising these procedures. The new e-visa procedures will affect the scope and type of data collected, how it is collected and processed, and probably cut the role of ‘external service providers’ – private companies. If citizens are to accept them, they need to be reassured that the procedures can be trusted and are not ‘Big Brother’ by stealth.

So the new e-visa procedures illustrate the importance to successful policy implementation of ascertaining, anticipating and addressing potential concerns at the outset. This is the precautionary principle in practice: identifying, responding to and hopefully avoiding the squandering of scarce public resources before they are launched.

Is it time for us to copy the EU’s example?