The EU is from Mars, the UK is from Venus: the real European divide

The last big sticking points between the EU and the UK are ideological and the most problematic as a result. 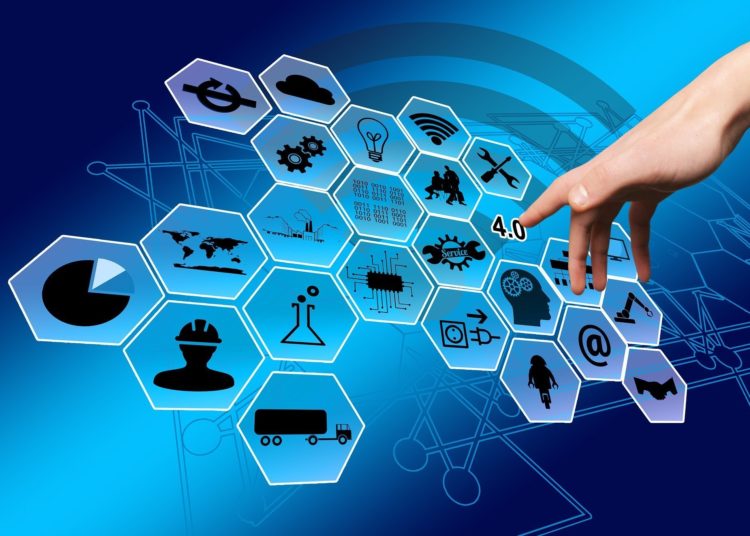 Why we always have difficulty seeing eye to eye with Brussels

Behind the present impasse in the trade talks, with the UK government trying to conserve sovereignty as if it’s akin to moondust, there is perhaps a deeper and more pernicious problem involving the fundamentally different world views of Britain and the EU27.

Eurosceptics frequently accuse Brussels of being staunchly protectionist, while the EU fears a future post-Brexit Singapore-on-Thames Britain undercutting its companies and putting at risk the whole single market model. It is a clash of ideologies, a difference best expressed as that between a consumer society and a producer society.

Brexiters ask: why shouldn’t UK consumers be entitled to buy goods from anywhere at world market prices, even if British companies subsequently fail? This is the rampant consumerism model imported from the USA. On the other hand, in Brussels there is only bafflement that anyone would willingly see the demise of perfectly viable domestic wealth-creating businesses in pursuit of saving a few eurocents sourcing stuff from abroad. This is the kind of producerism behind the German post-war economic miracle (Wirtschaftswunder), but readily seen across most of modern continental Europe.

Of course, at different times we are both producer and consumer. There is no conflict. In the office or factory, we produce; when we shop or buy online, we consume. The difference is in the balance of protections given in the law for each of our different personas.

The UK leans towards the US model, which gives greatest priority to economic interests of the consumer citizen, usually expressed as lower prices for goods. The average EU state tends to give more protection to the producer citizen, who enjoys greater security of employment, for example. From my own experience I know how shocked US companies are when they learn how difficult and expensive it can be to close a French or German plant for example. And on average, EU workers get much higher sick pay and higher pensions than the average British worker.

Britain tends to focus on what is euphemistically described as a ‘flexible’ labour market. This allows plant closures relatively easily with fewer employee rights and lower redundancy payments, making ‘restructuring’ in the UK a cheaper option. Some see this as a policy response to the need to attract foreign direct investment as a result of letting domestic industries (shipbuilding, motorcycles, hosiery, shoemaking …) go to the wall in a way less thinkable in France or Italy.

Up to now, it made the UK a better option for inward investment from foreign companies attracted to the EU single market. Brexit has changed all that. Foreign companies will still come to exploit the domestic market, repatriating profits overseas, but not as a base for exporting to the EU, which previously helped Britain’s chronic balance of trade deficit, something which can only get worse after Brexit.

Trade deals are spoken of in Britain as benefitting the consumer with lower prices, while the EU sees them primarily as an outlet for European produced goods to help the EU’s growing trade surplus. It is these subtle but fundamental difference in outlook between consumer and producer societies that explains why Brexiters and the EU frequently talk past each other. A Brexiter thinks we are doing Europe a favour by supplying them with cheap goods. They actively believe in unlevel playing fields, whilst Brussels does not.

The EU genuinely worries about lost jobs; UK governments, especially Tory ones, not so much. Again, it’s the producer-society thinking, against the consumer-society.

This is not to argue the EU is anti-consumer; in many ways it is at least as consumer-driven as the USA in legislating against cartels or requiring food products, for example, to list ingredients on the label. But consumers’ economic interests are not allowed to overshadow those of the producer.

Now, I want to come to John Redwood, the archetypal Eurosceptic, who tweeted this:

The “colossal deficit” he refers to, is the obvious and natural corollary of what happens when consumerism meets producerism. And it will always persist, in or out of the EU, as long as we continue to think the consumer wants only cheap goods at the expense of job security.

Brexiters have always had a strained relationship with Germany, and not just because of the constant war references. They are envious of the huge trade surpluses run by Berlin. But most EU countries run a trade surplus; Britain is the exception, with the second-largest trade deficit in the world after the USA. It is not a coincidence that both are highly consumer driven.

We have a model of how to become more producer oriented on our doorstep, but somehow John Redwood wants the UK to emulate German outcomes by any means, except the one actually shown to work by our continental cousins.

Travelling through Europe, especially in the northerly countries, the difference between a trade surplus and our deficit is often embarrassingly clear. Modern, efficient factories and good infrastructure often put Britain to shame.

This also brings me to the confused thinking among Brexiters. Redwood calls for Britain to produce more domestically while others like Patrick Minford, of ‘Economists for Brexit’ argue the opposite. Citing Ricardo’s 19th century theory of comparative advantage, which suggests countries should specialise in the goods they produce most cheaply, Minford calls for all tariffs to be dropped, something he happily admits would “mostly eliminate manufacturing” in this country but “that shouldn’t scare us”.

Both visions of Brexit cannot be right.

Brexiters genuinely can’t understand why the EU won’t allow Britain to gain a competitive advantage by supplying consumers in the EU27 with cheaper goods at the expense of the environment of employment rights. It is a manifestation of the anti-regulation approach that Conservative hardliners have been peddling through right-wing think tanks and a compliant press for 30 years.

The paradox in all of this is how consumer societies come about. The weird thing is that consumerism is created by the producers: large global businesses, who persuade us we need more and more of everything. Meanwhile, producerism is a result of consumers acting together – in European works councils and trade unions, forcing better, more secure working conditions.

This mad pursuit of consumption in the UK and USA is seen in our growing waist and waste lines. The problem of obesity is a result of an abundance of cheaper food, and the problem of waste disposal and recycling is a product of the throwaway society and deliberate, planned obsolescence.

The EU works by creating the critical mass of the single market, a desirable export target for foreign countries, and using it in trade negotiations to lever more favourable deals for European producers. Benefits to consumers in the EU comes not solely from lower prices, but by adding to their exports and hence their wealth and purchasing power to afford a better lifestyle and higher quality, more durable goods.

As a smaller economy, the UK will find it difficult to replicate the EU’s heft with larger partners like the USA, India, China and the EU. These blocs will find exporting to the consumerist UK easier; but Britain will never be able to take advantage of exporting opportunities, because it lacks the producerist thinking of the EU27.

Anyone who has attended internal meetings of European businesses for new product development, contract negotiations, or project launches, will be familiar with the ferocious clarity of thinking and the sheer focus and seriousness with which the work is carried out. This is true in spades in Germany.

In Britain, similar meetings will always contain one or two comedians who treat everything as a joke, and others who see work as an extension of a social club or a group therapy session. Meetings are both interminable and inconclusive. In Italy, the most withering criticism of a competitor is that they are “not serious”, and I am afraid this an attitude absolutely typical in British companies.

Brexit is, in my opinion, the result of a lot of muddled thinking, and the current talks may end in a no deal catastrophe as a result of the two sides failing to recognise their real differences.