Something stinks and it’s not just the fish. Britain is rotting from its heart, as its democratic institutions and processes are eroded from within. 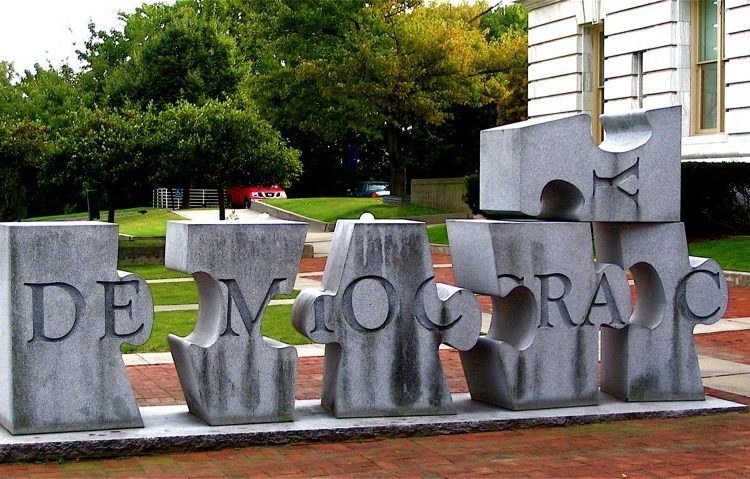 Something stinks and it’s not just the fish. Britain is rotting from its heart, as its democratic institutions and processes are eroded from within. It’s not just individual things, like cutting the number of days parliament sits, and thereby cutting the time available for MPs to make the government publicly accountable (we know that if it side-steps issues, it’s up to no good). The bigger concern comes when you join up these individual dots.

And it’s important that we do this, because if we don’t, the thieving mutant algorithm will just keep on going – looting and pillaging, eroding democracy and robbing us of what we take for granted. Like the NHS … like trade … like food standards …

When this ‘government’ has finished its rampaging destruction of the UK, what will be left? A powerless parliament, a weakened judiciary, a craven civil service… We already live in a country where the children are the unhappiest in Europe, where our covid record is the worst in Europe, and where, by any modern democratic standards, we are failing miserably.

We have been plunged into this mess by sleight of hand, by right-wing agendas masquerading as ‘restoring sovereignty’, while seizing control from ‘the people’ and using the public purse for anything but the public good. We all remember the non-existent ferries, the useless PPE, and the contracts given to firms lacking medical expertise or experience. The list goes on.

But while MPs hide behind the childish rhetoric of getting their own way, dissing expertise and cackling all the way to their pots of buried gold, they’ve not only killed the golden goose and with it the hopes of generations, but become blind to the world around them. It has moved on.

The parochial insularity of going it alone in “fortress UK” might be what trips easily off the tongue of the prime minister, but in the world outside, multilateralism has been given a big boost, and governments are increasingly working together to solve problems. As an excellent illustration of this, the World Health Organization (WHO) has appointed a committee to investigate its own role and how to reform the global community’s response to a pandemic.

This is not just some lickspittle committee, but one under New Zealand’s forthright second woman prime minister (1999–2008), the formidable Helen Clark who subsequently led the UN’s development programme. She is not someone to trifle with. Razor sharp and determined, she wants the truth, she’ll get the truth and she won’t flinch in identifying how individual countries responded to the WHO’s warnings, and what remedies and strategies are needed to try to avoid another pandemic. She and colleagues had already been discussing the possibility of introducing a Convention on Pandemics, as well as whether the WHO needs more powers.

At the moment, the WHO relies on mutual good will and cooperation. But as Clark has already said, more money needs to be spent globally. She has her sights on obtaining more from the International Monetary Fund and World Bank to meet the demand from over 100 of the worst hit countries for rescue packages, debt waivers and bailouts. Without those, she predicts a calamitous implosion of economies and political turmoil. That is why she thinks the UN Security Council should have declared Covid-19 a global threat to peace and security, as it did with Ebola.

She will be co-chairing the investigation with another woman who is renowned for fair-minded independence and determination: former Liberian president Ellen Johnson Sirleaf, who was instrumental in helping her country escape an Ebola crisis. Sirleaf doesn’t suffer fools gladly. Former Labour foreign secretary David Miliband is also on that committee.

Partisan politics aside, these appointments give us hope, because now there is a desperate need for multilateral organisations to move fast, to keep focused and to do what is necessary in the name of humankind. For them, and veterans of international cooperation, lockdowns are no excuse for slackness or a lack of consultation. Rather, they highlight the need for democratic scrutiny and accountability. Lives have been lost, more are at risk, and talk is useless. They want action and they are working to get it.

When British MPs amble back from their virtual party conferences in October, looking forward to half term before Christmas, they will be faced with this formidable committee reporting its initial findings in November. Whether or not the USA once again embraces global cooperation and multilateralism, this partnership working between countries has not died. No government will be safe from the Clark committee’s scrutiny – so where, one wonders, will all the members of our government hide?

The WHO committee is about to give them a good shaking, and cowardice won’t be an option when the logic of cooperation for the good of the world is at stake. Compare that ambition with a UK government that’s attempting to reduce judicial oversight of its actions and make it easy to charge its critics with treason, and you know who’s lost the plot. The clue lies in Westminster – a hollowed-out shell of democracy.