Natalie Bennett explains the concept of 'parental alienation'; when a child refuses contact with a parent, due to being 'poisoned' by the other parent against them. Should parents have a 'right' to see their children, even if they are a threat (domestic abuse)? 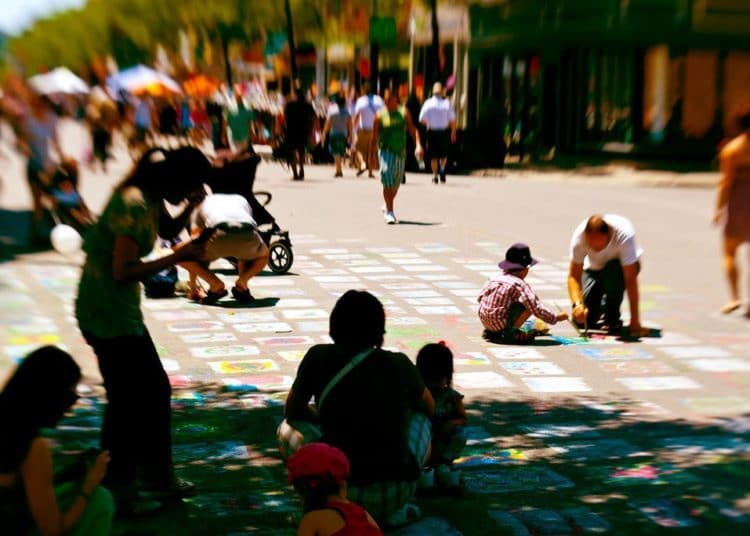 This week in the House of Lords, we saw the first day of the domestic abuse bill. This is a relatively unusual bill, in that it is broadly welcomed from all sides. There is a real passion for using the Upper House to improve it.

In the House of Lords, proposed laws go through two major stages of amendments. The first stage is ‘committee’, when amendments are presented and debates initiated, before the amendments are (mostly) withdrawn. Having listened to the debate, the government’s reaction and, increasingly, the public debate via social media and other channels, laws move on to the ‘report’ stage. This is when amendments – refined and their number reduced to what are regarded as most important or practical or winnable – are put to the vote.

One of the amendments I spoke on yesterday was associated with what’s known as ‘parental alienation’. This controversial concept refers to allegedly regular occasions when a child supposedly consistently refuses contact with a parent because they’ve been “poisoned” by the other parent against them. I began consideration of this issue with an open mind, focusing particularly on research and expert evidence and information from a wide range of women’s groups and campaigners. I concluded that it was a dangerous and damaging concept – one all too often used to threaten victims of domestic abuse, control them, and for abusers to gain access to children.

When I said this, in the House and on social media, I got a lot of emotional and angry responses. Since we are talking about the most intimate of personal relationships, that didn’t surprise me, and I was more tolerant of aggressive tones than I would be on other topics.

But something struck me in many of the responses that I received. It was the use of the word ‘right’, as in “my right to see my children” or “my rights to direct my children’s future”. And that crystalised some of the unease that I’d felt in reading the academic claims backing the concept of parental alienation. Explicitly or implicitly, they are talking about their rights – not the child’s.

Claims of patriarchal rights have continued since ancient Rome when a father, as the ‘head of the household’, had rights over all family and household members, including the right to kill any member without the law offering any legal protection.

Under British law, until 1839 every father had absolute right to have custody of and control over his children should their mother leave or the couple divorce.  Even then, only women with means had could petition the Court of Chancery to gain custody, and then only if she could demonstrate an absolute moral ‘clean sheet’. For evidence of this, read about the life of Caroline Norton, whose brave, landmark campaigning played a major party in winning that change in the law.

In the debate on the domestic abuse bill, it’s been said many times – including by the government – that the bill should not be driven by, or caught up in, gender politics. But the issue, and the bill, are deeply and inevitably gendered, however much the government might try to deny it.

Getting to where we are now – where the wellbeing of children is paramount – has been one long struggle, against a society run by men in their own interests. And now we face renewed efforts to reassert patriarchal authority, through the campaign for a ‘presumption of contact’. The principle of ‘presumption of contact’ is that all children benefit from contact with both parents, and that if a child says they don’t want this, it’s because of parental alienation.

After entering the debate publicly at committee stage, I was contacted by women who told me what ‘presumption of contact’ and fear of an accusation of ‘parental alienation’ had done to them. I wanted to give them a voice. So I described ‘Camilla’s’ experience.

Her account was of seven years of hellish coercive control and physical assault. She remained in the relationship, at least in part, because her partner had told her that he’d claim ‘parental alienation’ if she left. After leaving, she went through court case after court case as he claimed rights for ‘parental access’, while not paying child maintenance and alleging that children’s expressed desire not to spend time with him was a result of parental alienation.

Such abusers can be extremely convincing in a public space and in contact with professionals. There are many horrific cases of familicide where families and neighbours say (variations of) “but he seemed so nice and caring”. All too often the media attribute murders and familicides to outside forces causing an individual to ‘snap’, rather than identifying the years of abuse and coercion that led up to it.

For fear of not being believed, Camilla told her child that, should anything bad happen when they were with their father, the child should not tell her, but should instead tell an official authority figure. So the child declared, in front of peers and school officials at a school gathering, that their father was physically abusing his new girlfriend. Thankfully, child safeguarding processes kicked in. A few weeks later the child further disclosed that they’d been sexually abused by an individual the father had left them with. It is a horrendous account and one I’ll long remember.

Unfortunately, the Lords debate failed to adequately engage with one additional important aspect. I refer to the impact on a child of being effectively told “you’re deluded”, “your mother (or father) is leading you astray, is lying to you”, or that their own impressions and feelings, or desire not to be with a parent, are some kind of false consciousness.

When children say “I don’t want contact”, they need to be given the chance to explore that with a trained professional, given the time to explain, to discuss, to vent their feelings, but above all they need to be listened to and believed.

Imagine stating very clearly that you don’t want to spend time with a parent because you’ve seen them doing bad things, and then being forced – by a court – to spend time with them anyway. Control of one’s own self and being listened to and believed are crucial for wellbeing.

We didn’t have a vote on this amendment on Monday. But the government intends to include ‘alienating behaviour’ in its guidance on domestic abuse. So this issue is not going away.

It is a hard won, long-fought principle that children’s interests are paramount in the official approach to custody and access, against the weight of so many years in which the father’s control was absolute or near-absolute. We need to keep the wellbeing of children as the guiding principle, both as a moral right, but also as the option that will give us the healthiest possible society.