On 27 July, the government announced a new strategy to tackle obesity in Britain, the so-called “fat man of Europe”. 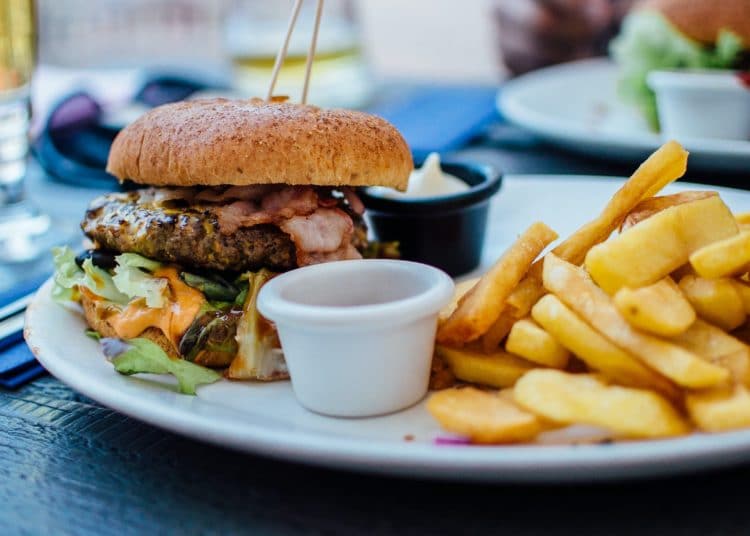 Photo by Robin Stickel on Pexels.com

On 27 July, the government announced a new strategy to tackle obesity in Britain, the so-called “fat man of Europe”. Measures include the introduction of calorie counts on menus in chain restaurants, a 9pm watershed on junk-food advertising and a ban on ‘buy-one-get-one-free’ deals on foods high in fat and sugar.

The new plan has been launched in an emergency, in response to the data from Public Health England showing that clinically obese individuals are 40 per cent more likely to die of Covid-19. The policies introduced, however, are merely a series of quick wins for a government that needs be seen to be addressing a problem that has needed to be fixed for years, as Jamie Oliver will attest to.

Despite being received poorly by the sector, it was an undoubtedly good decision by the Cabinet to implement a ban on fast-food advertisements before 9pm. The impact of subliminal messaging in food adverts – telling us to consume foods high in fats, salt and sugars – is insidious, particularly on young children, for whom consuming large amounts of screen time is also a risk factor for obesity. This change will not, however, be introduced until 2022, to give companies time to make their food healthy enough to promote. So much for a fast response to the threat of coronavirus.

Reducing deals on chocolate, sweets and other fast-food items is also entirely understandable – Mars Bars are never more enticing than when you can get one for free. The issue comes when fresh fruit, vegetables and healthy foodstuffs are not made more commonly available and affordable. Austerity has led to the decline of the High Street – no longer do we have local greengrocers, bakers or butchers to access affordable wholefoods. Instead, England’s poorest areas are now “fast-food hotspots”, having five times more outlets than in the most affluent.

Additionally, the Food Foundation think-tank found that, in 2018, almost four million children in the UK lived in households that would struggle to buy enough fresh and healthy foods to meet the official nutrition guidelines. Fruits and vegetables are volume foods – meaning one must consume a higher volume of them in order to obtain a sufficient caloric intake. This policy perpetuates the idea that the poor are lazy and it is their own fault that they do not eat their ‘5-a-day’; when in reality, barriers exist at every fiscal and temporal step to achieving this goal. Set these facts in the context of Covid-19, with an imminent recession and sky-high unemployment rates looming, and it is impossible to see how some parents will afford to feed their families nutrient-dense meals daily.

There has been little to no thought given to those who, on another end of the spectrum, struggle to even eat these so-called “junk-foods”. Placing an emphasis on calorie counting facilitates disordered eating nationally and creates a hostile environment for those who suffer. With 1.25 million people in the UK suffering from an eating disorder, and anorexia having the highest death rate of any mental illness, this is a serious oversight; essentially fuelling the diseases whilst underfunding mental health services. Calorie counts will not give anyone any real understanding of their nutrition if they have not had the necessary education first. It is unlikely many adults know how many calories they should eat per day in accordance to their personalised height and weight, meaning that counts will only encourage individuals to eat less, rather than focusing on a meal perhaps higher in calories, but denser nutritionally.

Johnson speaks about losing weight in the way a gap year student might about finding themselves in ‘Asiaaahh’ – eulogising to a tired audience on a subject they have heard about a million times before and are not interested in. He has been quoted as saying that he enjoys starting the day with a run because, “nothing could be worse for the rest of the day.” In terms of the issues brought to Johnson’s daily letter tray, and of its threat to public health amidst a global pandemic, surely we should be encouraging a more positive attitude to fitness and health? Not as a measure for weight loss or punishment but rather as a means to become fitter, faster and stronger.

It is not wrong to want to tackle obesity; it is the inherent fatphobia in these policies that is problematic. There is a focus on losing weight – addressing superficial fatness, rather than the potential causes of obesity: poverty, inactivity, ill-health. Not all who are overweight are unhealthy, in the same way that those who remain slim but smoke a pack of cigarettes a day and have McDonald’s three times a week are not a vision of health. This is, of course, an extremely nuanced subject with people at every end of the spectrum having a lot to both gain and lose. But it is the job of the government to consider each stakeholder’s needs and balance them accordingly, rather than searching for quick wins in tick-box exercises, particularly in issues of gravity such as these. My suggestion would be for Johnson to go back to the drawing board.