Marc Limon provides a more optimistic view of the future of liberal democracy. Its political and civil rights ensure that leaders are held accountable for their actions. 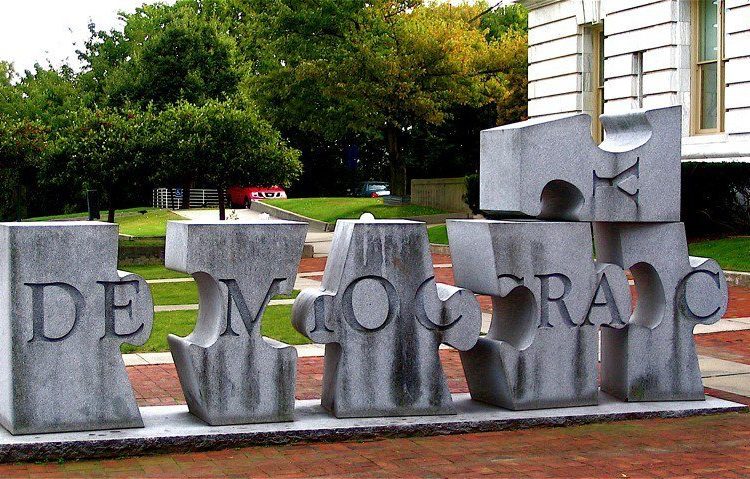 This article is a sequel to ‘Biden, the UK and the crisis of liberal democracy’.

Many observers claim all this presages the death of (Western) liberal democracy (a mirror image of the ‘end of history’ predicted in 1992). However, there are also reasons to be hopeful. One of democracy’s greatest strengths is, in the words of US civil rights leader John Lewis, that it is “not a state, it is an act”. In other words, democracy is a process of change, and there is always hope and the possibility of starting afresh.

As the Economist notes, “So long as elections take place, there is always the possibility of kicking the rascals out, even in places where governments stack the vote”. In 2019 elections to the European parliament, for example, populists did worse than expected, while last November President Trump lost to Joe Biden by more than seven million votes.

Embedded democracy is also exceptionally resilient. This is because it is grounded in a wide range of civil and political rights. These rights provide a complex web of checks and balances – a safety net that makes sure that if one right is violated (for example, the right to freely elect a leader), other rights (such as the right to a free and independent judiciary), kick-in to compensate.

Over the past 18 months, this truth has been perfectly illustrated in both the UK and US. In the autumn of 2019, the UK Supreme Court declared Boris Johnson’s decision to suspend parliament to push through Brexit-related legislation in its absence, as unlawful. Similarly, President Trump’s repeated attempts to overturn November’s election results were thwarted by the country’s independent judiciary and by Congress. The power of freedom of expression is equally valuable; social media has been crucial to the Belarusian efforts to expose election fraud and rampant corruption.

Working with all states to strengthen this democratic resilience should be a key priority for Western States in 2021. However imperfect, democracy is far better than any other form of government at promoting and protecting human rights, including economic and social rights (particularly important during the current pandemic). Winston Churchill put it well: “democracy is the worst form of government – except for all the others”. 2021 offers an opportune moment for the UK (hopefully, pressed by the Labour Party) to place itself at the forefront of this democratic fightback – thanks to the election of Joe Biden as US president.

Joe Biden, as long ago as July last year, before he was even selected as the Democratic Party’s candidate, delivered a speech at the City University of New York in which he laid out his blueprint for American foreign policy should he be elected. He promised to make it a central goal of US foreign policy to promote the strengthening of democracy, human rights, and free and fair elections. Democracy, he argued, “is the root of our society… It is the heart of who we are and how we see the world – and how the world sees us”. Biden used his speech to revitalise America’s commitment to promoting global human rights. Perhaps most eye-catchingly, he said that America will organise and host a global Summit for Democracy to ‘renew the spirit and shared purpose of the nations of the free world’.

Interestingly, the former vice president offered a wide vision of democracy and the human rights involved in building strong and resilient democratic societies. This includes, he argued: building inclusive education systems “so that a child’s opportunity in life isn’t determined by their zip code or race”, reforming criminal justice systems “to eliminate inequitable disparities”, and “instituting anti-corruption policies” to eliminate “self-dealing”.

Following Biden’s inauguration, America has already prepared itself for their return to the international stage: they have re-joined both the World Health Organization and the Paris Climate Change Agreement. All the right conditions exist for the world’s democracies to rally together to lead the global fightback of liberal democracy, founded upon the full and equal enjoyment of all human rights, civil and political, economic, social and cultural. While doing so will not bring about the ‘end of history’, it would provide a significant fillip to universal values, individual wellbeing, long-term peace and security, and sustainable development. Not a bad resolution for 2021.