The last few days have unearthed a remarkable series of events, which has led to perhaps the most extraordinary crisis a British government has ever installed onto itself. 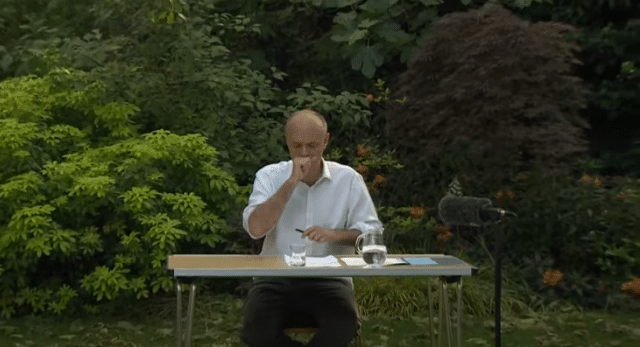 The last few days have unearthed a remarkable series of events, which has led to perhaps the most extraordinary crisis a British government has ever installed onto itself.

No special adviser to the government has ever held a press conference whilst in government to explain their own actions, especially not in the comfortable setting of Downing Street’s rose garden. Yet, it was on bank holiday Monday that Dominic Cummings sat before a selection of reporters and attempted to outline his account of events and explain why he had seemingly flaunted lockdown rules, whilst infected, that he and the government had implemented on the nation.

Despite apparent unity amongst the British public that he should leave his post – which included the Daily Mail and the Guardian, supplemented by a reader’s poll on The Sun website which gave a result of almost 80 per cent saying he should go – the Prime Minister used Sunday’s daily briefing to announce he had discussed the incident and was sticking by his adviser, as he just followed ‘instinct’.

By firmly nailing his colours to the mast of defending Cummings no matter what, Johnson had taken the first step in undermining his own government. Similar supportive sentiments – often with almost identical wording – were found in tweets from high-ranking ministers including the Health Secretary Matt Hancock. This defence meant that no matter what would later transpire as the accurate set of events, Cummings’ position in government was secured and in his own hands.

It is in that setting that it was announced Cummings would be facing the press himself to explain his actions to the public. It was in that press conference that Cummings refused to apologise for his actions, and emphasised loopholes in the lockdown procedure to justify his decisions. Inconsistencies, and a bizarre claim that the secondary trip taken by the Cummings family to Barnard Castle on 12 April was to test the quality of his eyesight, have meant this saga is not fading away just yet. Opposition leaders are due to meet today to discuss the matter.

Whether or not Cummings could convince people that the action he took was within what was allowed by the scope of the lockdown rules is largely irrelevant. What matters more is the impression it gives to the British public. This has been a hard time for all of us, with thousands of deaths and countless families affected by this virus. We have been diligently following the lockdown rules. Grandparents have not been able to see or hold new-born grandchildren. Parents have had to work from home whilst also educating their children. Workers have lost their job. Tragically in the case of Ismail Mohamed Abdulwahab, a 13-year-old who died of the virus in March, no family attended his funeral due to the fact they were following the lockdown procedure.

These sacrifices, which many have had to make, make Cummings’ lack of regret more alarming and offensive, especially when Neil Ferguson, a member of SAGE, resigned earlier this month for breaking lockdown rules. Cummings has attempted to defend the decision to go to Durham, but his subsequent trip to Barnard Castle, which took place on the birthday of his wife, Spectator columnist Mary Wakefield, just looks to be an inexcusable flaunting of the rules that demonstrates arrogance on Cummings’ behalf.

Cummings’ spoke out against the press circling his front door as a contributing factor for the decision to travel to Durham, a defence seemingly picked up by his supporters with ‘scum media’ trending on twitter in the aftermath of the press conference on Monday. Although the actions of the British press can and should be criticised on occasion, there is a worthy distinction to make in this case. Cummings’ is a key figure in the UK government, as the existence of his press conference suggests, but as an unelected adviser, the only scrutiny that our system can properly bestow on him and his actions is through our press.

Cummings’ insistence on staying in the job, with the full support of the prime minister despite obviously not keeping to the spirit of the lockdown procedure (at the most generous of interpretations), gives a dangerous and yet understandable impression that if the government themselves do not respect their own instructions, then why should the British public.