The so-called 'Covid Recovery Group' is nothing to do with the virus, and instead an attempt to undermine scientists, and Boris Johnson. 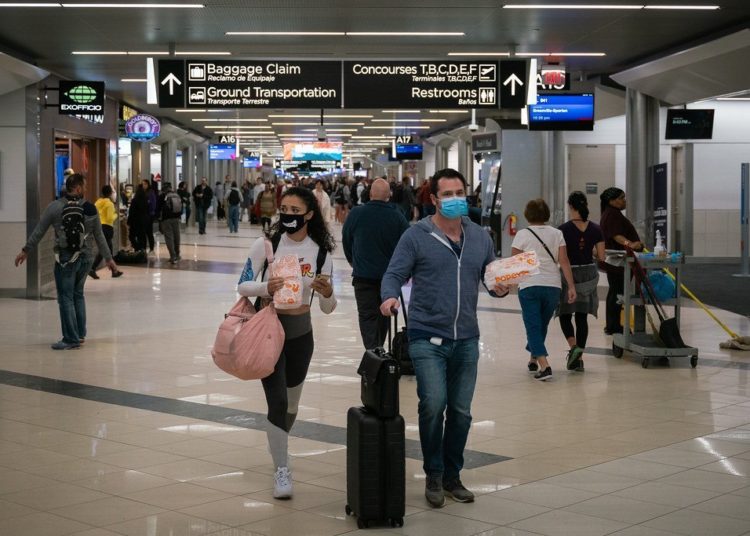 Image by chaddavis.photography for Creative Commons

While the scientific and health communities worldwide are in general agreement about the nature of coronavirus and the measures needed to suppress the disease, politicians and some other commentators are divided. How the disease is managed has become a highly contested and politicised area of public policy and the Conservative Party Covid Recovery Group (CRG) is intent on exploiting this uncertainty and dissent to challenge the prime minister’s authority.

On 4 November, when the government gained parliament’s agreement for the current lockdown measures, it relied on Labour votes to get them through and there was considerable opposition from within the Conservative Party.

Since then opposition has grown and a number of Conservative MPs have grouped together to resist any future lockdowns. The CRG is modelled on the European Research Group (ERG), which has been largely responsible for Conservative Brexit policy since the referendum. The CRG was initiated by Steve Baker, a prominent member of the leave campaign and chair of the ERG. Within a few weeks has acquired over 70 members, almost enough to erase the government majority in a Common’s vote.

On the 21 November, the CRG wrote to the prime minister to say it would not support a return to tiers unless the government can show they have an “impact on slowing the transmission of Covid, and will save more lives than they cost”. The group is calling for “a full cost-benefit analysis of the proposed restrictions on a regional basis”.

In an interview with the BBC, the CRG called for a “sustainable” strategy but did not indicate what this might be other than “living with it” – which suggests allowing coronavirus to percolate through the population. The group is not pressing for a more effective (and cost-incurring) test and trace system or other measures that might reduce risk, such as improved space and teaching resources for schools. Nor is it campaigning to continue the tiered system in a modified form. Its sole campaign is to lift restrictions. “Restrictions should be removed immediately if it cannot be shown they are saving more lives than they cost.”

The CRG does not disagree with the conclusions reached by scientists and the government’s scientific advisers. But it is opposed to what it considers to be the scientific “monopoly” on policy. This is very reminiscent of the ERG’s rejection of ‘experts’ in respect of Brexit and, in a similar way, those arguing for ending lockdown accept no responsibility for how this might be safely achieved. Or, as they say in their letter, “The burden is on the government to demonstrate the necessity and proportionality of each restriction”.

Although seeking to undermine the influence of scientific expertise underpinning the current controls, the CRG argues for more research and data on lockdown’s consequences including on health, young people’s education and the economy. While collating this information would undoubtedly be a good thing, the intention doesn’t appear to be to use this to put pressure on the government to manage the consequences or ameliorate their impact. Instead, the CRG seems to want to use this additional information to bolster it argument that the consequences are worse than the disease and so controls should be abandoned.

The CRG is also partial in what it deems to be legitimate information. It doesn’t seek to include the incidence of, or the health and economic impacts of, long-covid – estimated to affect over 60,000 patients in the UK alone and requiring an additional £10m for new NHS clinics to tackle it. Nor does it argue for costing the health care of those who are hospitalised and recover, or the longer-term costs to health or social care services for those whose organs have been compromised by the disease.

By arguing that covid deaths are the only metric of value to be counted on the restrictions side of the equation, while including a wide range of metrics on the other, is to deliberately try to construct lockdown as an illegitimate exercise in state power. As Mark Harper, chair of the CRG told Conservative Home: “When the Government brings forward its proposals for what follows the lockdown, it’s incumbent on it to show that for every restriction it wants to put in place, the good done by the restriction outweighs the harm, both from a health perspective and an economic perspective”.

The government’s late and indecisive approach to pandemic control has created the space within which the CRG’s anti-lockdown agenda can germinate and thrive, but its agenda is wider than this. Henry Hill the editor of Conservative Home notes that, “Whereas with Thatcher or Cameron you had a coherent ‘-ism’, with Johnson you don’t really have one of those. There are just whole areas of policy where Johnsonism isn’t a thing”. The CRG intends to fill that vacuum and, as Brexit stumbles over the cliff, the ERG rump has very little else to occupy their minds or feed their destructive impulses.

Steve Baker was responsible for Theresa May’s downfall. He submitted a letter of no confidence in her leadership and campaigned within the ERG membership to obtain sufficient letters to trigger a motion of no confidence in her handling of the Brexit negotiations. This led to Johnson’s election and even greater control by the ERG over Conservative Party policy. He and his ERG/CRG backbenchers remain a powerful force and will keep Johnson on a tight leash. The nation’s health and well-being is a concern only in so far as it is a resource for their campaign. Like Brexit, once they have achieved their ends, they will walk away and leave others to repair the damage.