The Sunday Times report examines the government decision-making process in the crucial three weeks from 2–23 March as the number of cases in the UK rose from 14,000 to 1.5m. 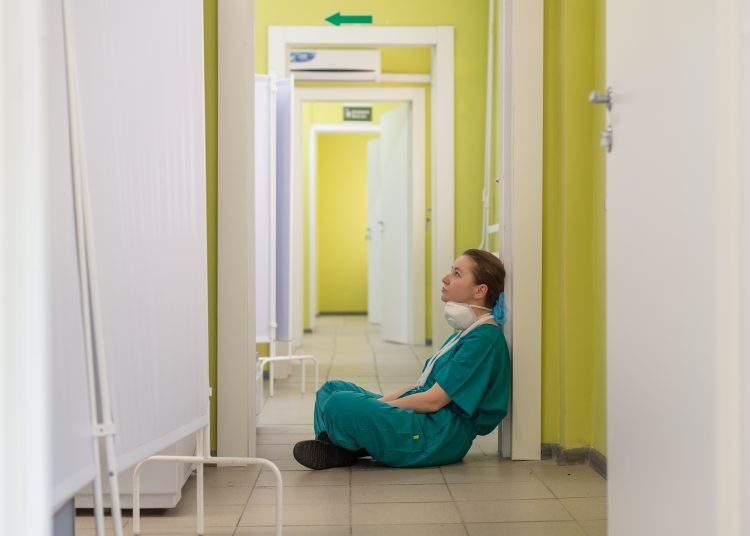 Photo by Vladimir Fedotov on Unsplash

On 23 May Jonathan Calvert, George Arbuthot, Jonathan Leake and Dipesh Gadher published an indictment of the government’s handling of the coronavirus crisis. The Sunday Times report examines the government decision-making process in the crucial three weeks from 2–23 March as the number of cases in the UK rose from 14,000 to 1.5m.

The report does not tell us much that is new and there are few facts that were not in the public domain at the time. The piece’s primary value is the systematic and thorough way it sets out government decision making alongside the evidence provided for them by SAGE or from other countries. We know for example that by early March a global pandemic had already been declared by the World Health Organisation, that China, South Korea and New Zealand had already locked down, and that horrific events in Italy were unfolding. We also know that during the early period of disease transmission Johnson flagrantly shook hands against medical advice, including with coronavirus patients, flirted with the strategy of herd immunity and was telling people to continue to go about their daily lives as normal. By the time the government had allowed Cheltenham races and the Liverpool/Atletico Madrid football match go ahead, confidence in the government’s approach was already dwindling.

In the early days, the government view was that most of the country would eventually get the disease and letting it work through the community was the preferred policy option. The government was interested in measures that might slow the transmission and enable the health consequences to be managed. Mathematical modellers from Cambridge University and Imperial College were asked to estimate the number of deaths that might occur if certain measures, such as school closures and physical distancing, were introduced. They were not asked to estimate what the death rate might be if there was a lockdown. In other words, lockdown, already in place in China, South Korea and New Zealand, was not a policy the government was actively pursuing, so had no necessity for information about its likely impact. The modellers, alarmed at the likely number of deaths, undertook to model lockdown anyway and the findings were presented to the government around the 14 March. A death rate of 20,000–30,000 was estimated if a lockdown introduced immediately, compared with a likely death rate of between 200,000 and 250,000 deaths if other measures, short of lockdown, were implemented.

It is said in the article (and has been said elsewhere) that when Dominic Cummings saw the figures he changed his mind about the wisdom of herd immunity. Such was his influence that it was then just a short step to a change in government policy. It certainly seems to have been a pivotal point in decision making although the more stringent measures were not immediately adopted. Officially, the UK was still in the ‘contain’ phase of the disease but testing and tracing had already been abandoned. Meanwhile much of the UK was physically distancing and beginning to lockdown without government support.

The level of concern amongst the scientific community was also rapidly rising and experts such as Anthony Costello (a former WHO director) and 200 scientists, along with some of the national press, were becoming increasingly critical of the government’s approach. In spite of this and the SAGE advice, the government dithered for a further ten days before lockdown. It had been reluctant to introduce it and delayed doing so due to Johnson’s own personal inclinations towards libertarianism and for fear of its economic impact. On 19 March, just four days before lockdown was announced, the Department of Health started to discharge 15,000 medically fit but vulnerable people in need of a care package into the community and care homes, to an almost certain death for many. The Sunday Times article suggests that thousands of lives could have been saved by taking stronger action just a few weeks earlier.

If a strategy is a plan discerned in retrospect, the government’s strategy was clearly to do as little as it possibly could. The government did not recognise the disease as a pandemic until forced to do so by events elsewhere. It did not seek information to guide its decisions other than information about the impact of doing very little. It did not take action when other countries and the public were already taking stronger protective measures and it was being urged to do so by its own experts. Even when decisive action was agreed, the government did not implement it immediately, but delayed a further ten days before implementing lockdown. After authorising the mass discharge of patients into the community, it still opted to do almost nothing to manage the inevitable crisis that unfolded in care homes. This is not incompetence; it is a deliberate strategy to govern by neglect and drift.