Democracy comes at a high price. Needless to say, US elections are more expensive than anywhere else in the world and their value is only climbing. 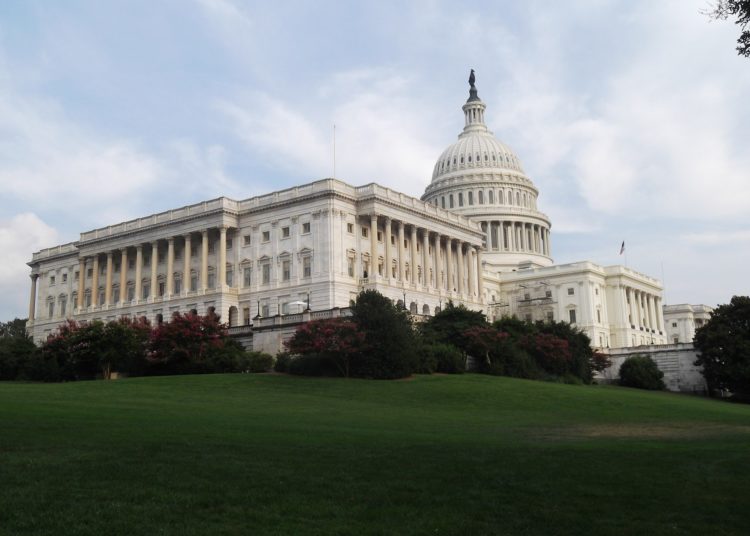 Image by bsheptock for pixabay

Democracy comes at a high price. Needless to say, US elections are more expensive than anywhere else in the world and their value is only climbing. Taking into account inflation and rising prices, the cost of an election has increased more than 250 times from Abraham Lincoln in 1860 to Donald Trump in 2016, where a total of $6.5 billion dollars was spent on the presidential and congressional campaigns. 2020 has smashed the record of election spending, with the Center for Responsive Politics, a non-partisan group that monitors and analyses finance in politics, estimating that $14 billion was spent, a figure which trumps (if you’ll pardon the pun) the GDP of sixty countries.

Money does not determine the outcome of elections, as Trump proved in 2016, when he spent just half of what Clinton spent, but it does help. Not merely because of the immense number of television and social media adverts, it is more because the money behind a campaign tends to be a good indicator of the size of a party’s support base. But what is the money spent on and is there a limit to how much money donors can offer?

Over the past year, Trump raised a total of $595.6 million, with his top donors including America First Action and Preserve America PAC (political action committee). Meanwhile Biden surpassed this figure, raising $937.7 million, with significant donations from Priorities USA Action and Future Forward USA. The Center for Responsive Politics revealed that the 2020 presidential race (without congressional campaigning) cost a grand total of $6.6 billion, which was more than the entire 2016 election. Sheila Krumholz, executive director of the Center for Responsive Politics, said that “donors poured record amounts of money into the 2018 midterms, and 2020 appears to be continuation of that trend, but magnified”.

Infographic courtesy of Cocosign – see their full article The Presidency VS The Cost: A Revelatory Glide to the Campaign Costs of U.S. Presidential Elections [140 Years Timeline]

John F. Kennedy’s 1960 election campaign is arguably where expensive elections originate from. In the early days of the election, before a democratic nominee had even been decided, Kennedy came under attack from his opponent, Hubert Humphrey, for spending excessive amounts of money in an attempt to win the nomination. At the time of the complaint, JFK had spent $72,000 ($750,000 today), and he was, in Humphrey’s words, running the “most plush, the most extravagant” campaign in American history.

Kennedy’s fixation on his image undoubtedly won him the election and set a precedent for future candidates. The first televised presidential debate played a great role in this, where 66.4 million households tuned in. At the time of the debate, Kennedy and Nixon were neck and neck in the polls. Unlike Nixon, Kennedy, knew the power of television and he rigorously prepared for the questions, chose a suit which would make him stand out, and asked his team to give him makeup touch-ups. Although Nixon is said to have spoken better and seemed more convincing on the radio, the American public took notice of the appearance of the two candidates, and the majority voted for Kennedy.

Donations for candidates tend to come from several benefactors. The BBC reported that one-third of campaign donations come from American citizens, with people giving on average $200 or less. The proportion of donations from women has significantly increased: this year, more than 1.5 million women have donated to federal committees. However, a larger proportion of the money comes from a small group of wealthy donors; in 2016, $1 billion was donated by just two-hundred people. A substantial amount of money is also levied through lavish dinners hosted by candidates. The rule though, is that only Americans can donate.

Twelve years ago, the legality of election spending was called into question, but not for the reason you may be thinking. In 2008, a case arose when Citizens United, a conservative non-profit organisation, released an advert criticising Hillary Clinton, who was running to be the Democrat candidate. By doing so, Citizens United were violating the 2002 Bipartisan Campaign Reform Act, which regulated corporate spending for political campaigns and forbade any corporation or union from producing election adverts.

Citizens United were outraged and in 2010 went to court, where it was ruled, in Citizens United v Federal Election Commission, that the first amendment of the constitution (freedom of speech) prohibited the government from limiting the amount or nature of donations and support from independent corporations. The court also overturned Austin v. Michigan Chamber of Commerce which restricted corporations from donating or using treasury money to endorse election candidates. Ultimately, both rulings paved the way for profit and non-profit organisations spending millions on election communications.

The donations that candidates receive are diversely spent. Half of the money in the 2016 election was spent on media exposure, namely television and social media adverts. Michael Bloomberg, a billionaire who ran for the 2020 Democrat nomination, spent $320 million on television adverts and spent more on Facebook adverts than Biden, Sanders, Buttigieg and Warren combined.

The pandemic has increased the scope for digital adverts: as candidates were forced to rely on their online presence, political groups spent over $1 billion to advertise on platforms like Facebook and Google. Money is spent elsewhere too. Staff salaries consumed $85 million of Hillary Clinton’s donations, and Donald Trump spent a colossal $3 million on his ‘Make America Great Again’ caps.

Facebook adverts have seen the birth of an era of American oligarchy, where money and politics are dangerously intertwined and stand to threaten democracy itself. Cambridge Analytica’s infamous role in Trump 2016 success must also be noted. According to the Federal Election Commission, the Trump campaign paid Cambridge Analytica $5.9 million, $5 million of which was used for political adverts.

The company’s principal aim was to develop comprehensive profiles of every American voter, and then pass information to the Republican Party in order for them to tailor their adverts personally. They also assembled a list of people likely to offer donations to the Republicans, with a Trump aide revealing that Cambridge Analytica’s work was essential in securing $80 million worth of donations. Finally, Trump used the firm to discourage nearly 3.5 million black voters from going to the polls and voting for Hillary Clinton, an explicit example of how election funding can lead to a suppression of democracy.

America is already deeply, politically divided, and as more money is pumped into elections, cynicism and distrust is becoming increasingly pronounced. In a 2014 study by two political scientists, it was revealed that economic elites and independent corporations had the ability to substantially impact American government policy, while average citizens lacked anywhere near as much influence.

Ten years ago, a billion-dollar candidate was unheard of, and yet today, the price tag on the White House has “significantly outpaced the price of gold” in the last century. As the Guardian reported, “democracy is broken if someone can parachute into an election at the last minute and spend unlimited amounts”. Populism is rife, and with increasing interference from external bodies in elections, referendums, and government policies, who knows what is in store for the future of UK, and global democracy.