The UK's law and security will alter after Brexit; the SIS is responsible for the information and updates we receive on security threats. 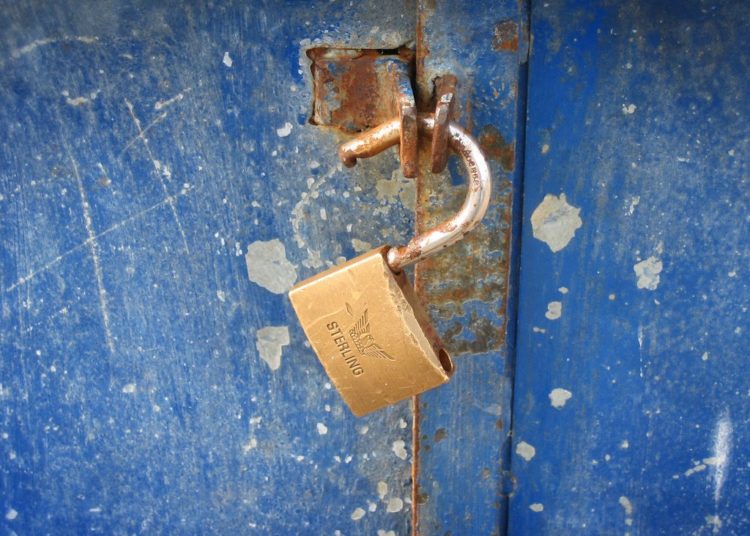 "Broken Rusty Lock: Security (grunge)" by subcircle is licensed under CC BY 2.0

As members of the European Union, Britain played a crucial role in creating policy and the many complex systems on criminal justice and law enforcement. Our post-Brexit arrangements and access to these many systems is not straightforward. The House of Lords European Union committee 25th report of session 2019–21 has recently reported on the challenges the UK now faces as a non-EU third country.

The UK was a leader in developing the European arrest warrant (EAW), the Europol and Eurojust agencies, and some of the shared databases and alerting systems that underpinned cooperation on justice and security among EU member states.

Although use of these systems became an integral part of keeping British citizens safe, very little of it was covered in the political declaration, nor did it receive much attention from the press and public. If the UK had left on a no-deal Brexit basis, Britain would have had to revert to outdated legal systems, that in some instances, had not been used for decades.

However, in December 2020, the UK and the EU signed the Trade and Cooperation Agreement (TCA). ‘Part Three’, as it’s known, is the section on law, policing, security and judicial matters.

One of the most significant consequences of the UK’s new third-country status is the loss of access to the Schengen Information System (SIS II), which had become an everyday working tool for all countries across the EU. The importance of this system and the real-time access to data it provides about persons and objects of interest, including wanted and missing persons, has been emphasised repeatedly.

In 2019 alone, UK police independently checked the SIS II system 603 million times. The loss of access to this system has been described as a significant blow as it is not legally possible for a non-Schengen third country to cooperate with the EU through the SIS II database.

As a substitute, UK authorities now use the Interpol I-24/7 database; however, the effectiveness of this alternative rests on EU states’ willingness to upload the same information onto the Interpol system that they circulate on SIS II. There’s no clear evidence or policy from the UK government on how it would persuade EU states to do this, when they already have real-time access through SIS.

The UK is also dependent on the completion of technical improvements to UK systems so that I-24/7 data is available to its frontline law enforcement in minutes, not hours. This work has yet to happen. The Lords have requested that the government report regularly to committees of both Houses on the progress of what they have deemed “urgent matters”.

Data is now the most valuable commodity on the planet. There have been concerns that post-Brexit, the UK could become a hub for ‘dirty data’, which would have serious international consequences, as detailed here.

UK law enforcement’s capacity to share essential data is subject to an evaluation by the EU of how the UK handles that data. If the UK decides it doesn’t want to stay aligned to the EU in the future around data, this could risk the agreement’s suspension or termination.

In that case, the UK would again be thrown into a situation of not having access to EU information on crime, DNA, organised criminals and terrorism. The UK’s data protection arrangements set out in the agreement are untested, and dispute methods are still undecided. A breach of conditions, particularly on data, would have unknown consequences.

There have been worrying instances of Home Office errors in handling police and criminal justice data, which have raised concerns about the reliability of UK data sharing processes. In January, the Home Office lost 400,000 records which, of course, could seriously compromise criminal investigations.

It is this sort of issue which could lead to a dispute.

Particularly worrying is the clause that Part Three of the TCA can be suspended in its entirety if a “serious and systemic” deficiency occurs within one party as regards to either “the protection of fundamental rights or the principles of the rule of law” or “the protection of personal data”.

It states a party may at any moment terminate Part Three of the agreement with nine months’ notice. Oddly, all other sections of the TCA state 12 months’ notice for termination.

The EAW is a much-praised system that allows a streamlined extradition process between EU states – used for high-profile terrorists, drug smugglers and murderers. The EAW has now been replaced by the ‘surrender agreement’, which tries to replicate the EAW broadly, but 10 EU countries have already stated they will not extradite their nationals to the UK post Brexit.

The UK may have to attempt prosecutions in other countries or circulate wanted criminals on Interpol, bringing more complex, costly and time-consuming processes to the justice system.

The UK government chose not to negotiate an agreement on family law, which the Lord’s showed great concern around. Previously, three cooperation agreements upheld laws around maintenance, divorce, and international child abduction and brought much-need clarity and certainty to cross-border family relationships’ intricacies. These were The Brussels 1 regulation, Brussels IIa regulation and the maintenance regulation.

In 2017, the Lords committee suggested the UK join the Lugano Convention, which could provide a partial solution. Unfortunately, the UK only just applied this month, April 2021, and the EU is yet to approve its membership.

The European Convention on Human Rights (ECHR) dates back to the 1950s and is widely considered the most influential international treaty for human rights protection in the world. This agreement is between Council of Europe member countries and is, therefore, not a European Union construct as many people believe.

The TCA states the UK, as a third country, will continue to collaborate with the EU on a range of policing and criminal justice mechanisms. “Adherence to the ECHR is an important provision”, said report contributor Professor Mitsileg, “particularly if the UK decided to abolish the Human Rights Act and, therefore, change the way ECHR rights are enforced within the UK”.

One of the most severe aspects of the TCA is that if either the UK or an EU member state denounces the European Court of Human Rights, then termination becomes effective on the date of that denunciation.

We have all heard concerning language from the media and UK government ministers around human rights. Home Secretary Priti Patel has attacked “lefty lawyers and human rights campaigners”, and Prime Minister Johnson has repeatedly made threats over current human rights law. It will do the UK no favours globally or domestically to dismantle human rights.

Worryingly, the UK institutions that will oversee the operation and development of the agreement – the partnership council, and (of particular relevance to Part Three), the specialised committee on law enforcement and judicial cooperation – have yet to be constituted, let alone meet, even though these areas are vital to the security of the UK.

Brexit is not done. The TCA is detailed and complex, but it isn’t an encompassing agreement, and there’s an incredible amount of work still to be done. Hammering out the details will rely on close dialogue, cooperation and trust between the UK and the EU.

The EU and Britain will need to negotiate for years, not just around security but also in many other areas where close and ongoing collaboration is vital and necessary. If the UK and the EU are to flourish, their citizens to be safe, prosperity and peace maintained, then the political game-playing must stop.