Since it is clear, looking at the economy and Covid-19 that the government is failing the UK, it is perhaps time for ministers to retrain. 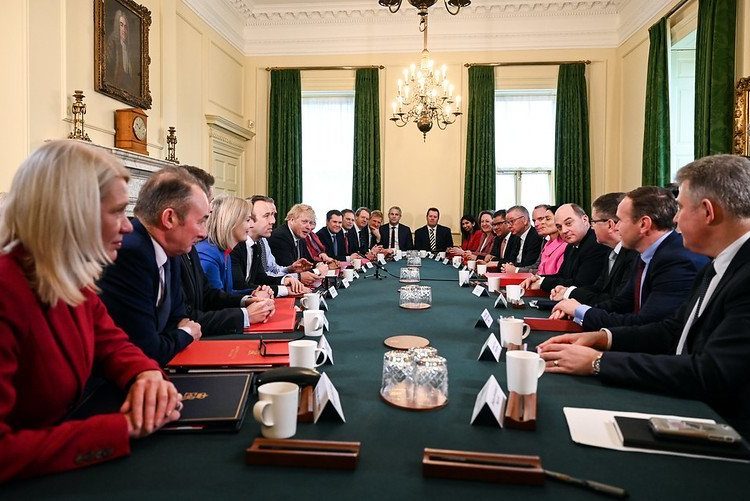 If you’ve read this article in Sussex Bylines by Ginny Smith, you will know that what triggers me into action is someone attempting to silence or ‘pick’ on another, particularly a group.

Last week Rishi Sunak told creatives to consider retraining. This is a man who worked for the investment bank Goldman Sachs after graduating, and then a hedge fund whose head office is in the – offshore tax haven – Cayman Islands. How dare he judge anyone?

He told ITV News, “I can’t pretend that everyone can do exactly the same job that they were doing at the beginning of this crisis”. Although he maintained that the government is “trying to do everything we can to protect as many jobs as possible”, he conceded that unemployment is “likely to increase”.

This government has since been withdrawn from social media after being disowned as crass by the culture secretary.

Let me translate ‘politician speak’. There are going to be significant, avoidable, job losses because of the way the government has handled Covid-19 and Brexit. Had the prime minister extended the transition period to concentrate on Covid-19, the UK would be suffering less economic strain. The government’s commitment to ‘no deal Brexit’ in this financial quarter will cause an economic downturn that most of us have never experienced in our lifetimes. Combined with the impact on the economy from Covid-19, the negative effect will be more significant than it would have been, had the government made better choices.

Ignorance must be bliss

As Mr Sunak is the chancellor of the exchequer, let us evaluate the financial benefit of ‘creatives’ in the UK.

In April 2019, the Centre for Economics and Business Research (CEBR) published a report highlighting that:

Today, Monday 12 October, is the day of the ‘Tractor Demo’ outside parliament. The aim of this demo is to pressure for an amendment to the agriculture bill to protect food and farming standards – which is entirely necessary and appears to have rightly received vast media attention. So I wonder why political comments about the arts have not received the same attention, since the arts contribute more to the economy than agriculture.

Meanwhile, people like Johnson, Gove, Patel, Rees-Mogg, and Sunak merely smarm, lie or cheat their way into government jobs which attract a minimum of £81k plus expenses per annum. Quite frankly, I can see no talent among them and I suspect that their problem with people who possess talent, work hard or suffer to help others, is jealousy.

When my mum died, I suddenly understood the immense psychological benefit of art. My dad had a breakdown within weeks of my mum’s death and I struggled to keep myself on track. In the days following my return to London, I spent my lunchtimes in the Tate Modern. On one occasion, there was an art installation of a man performing ballet to Barber’s Adagio for Strings and for the first time in weeks I felt alive, comforted.

Recently, during lockdown I have been painting to express how isolated and disillusioned I have felt at times. It cannot be ignored that the arts give us a form of escapism and have an immense psychological benefit within society that we cannot place a monetary value on.

Despite the arguments I may provoke from football fans, Liverpool was put on the map by the Beatles. Nearer to home, Wakefield would have lost out without our beloved Bob Brown, an incredibly talented artist, a man I adored; our talks about philosophy, art, creation and meditation will never leave me. The world would be a duller place without such ‘creatives.’ Wakefield would have been a duller place without Bob.

Then there is an ex-boyfriend of mine, who also grew up in Wakefield and studied in Yorkshire, who is an amazing guitarist that brightens every room in which he performs. I think of the talented actors I know and work with throughout the UK, who struggle daily waiting for their next job, competing with thousands of others for a role in the hope that they are chosen. I think of my friends who are talented theatre performers that are struggling financially while the West End is closed, but are committed to helping other people in this time of uncertainty.

Then I think about the current government and struggle to find any benefit they have brought to this world, especially to Yorkshire. While the arts have entertained and helped so many of us, the government seems to spend its time – and public funds – criticising other people; if you are not part of their ‘gang’ it appears that you are a possible target.

This is the stereotype of a bully.

Perhaps if politics were filled with creatives, the UK would be a better place. Since it is clear – looking at the economy and handling of Covid-19 – that the government is failing the UK, it is perhaps time for ministers to retrain and get new jobs.