Natalie Bennett offers her initial response to the news that a deal has been agreed with the EU. A deal that overlooks services, which represents 80 percent of our economy. A deal that highlights so much that we have lost. 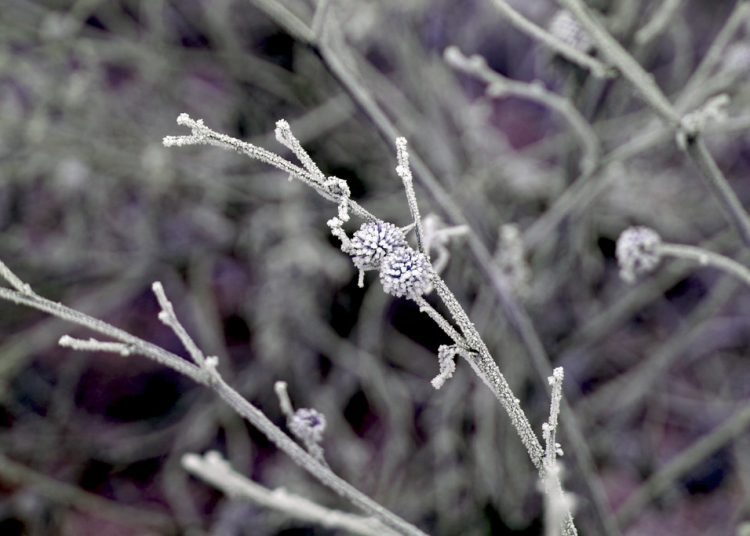 "A Bleak Midwinter" by epcp is licensed under CC BY 2.0

There are two ways of looking at the Brexit trade deal that Boris Johnson today presented to the nation. He did so in a perfunctory 12 minute and 30 second press conference, as the nation turned its focus to, he jocularly noted, the Brussel sprouts of Christmas dinner.

One is that it is a present to be welcomed. A festive gift, given that the alternative was a crash-out into wild uncertainty in a week’s time, as the Brexit transition period ends while we battle the out-of-control global pandemic. A battle that in the UK we are losing badly.

But as presents go, it resembles that ugly vase in a battered box that you suspect has already been re-gifted several times, from an aunt you know has been disparaging about you to every other member of the clan who’ll listen.

For there is no disguising the fact that we now have a diminished place on our own continent. We now have far less access for our people and goods to our nearest neighbours and biggest trading partners, while for services (80 percent of the British economy), there’s still little clarity at all about the new arrangements. The EU has produced a handy list of everything we’ve lost: from frictionless trade to pet passports; from the single energy market to easy recognition of professional qualifications.

Take even a short historical perspective, and it is clear that, as the commentator Lex put it in the Financial Times, this is a “much harder Brexit than many envisaged in the 2016 campaign” (which of course resulted in a narrow 52-48 victory for Leave). This in no way stacks up as “delivering the will of the people”, even before you note that a clear majority (51 percent) now think leaving is wrong, as opposed to 40 percent who still support it.

But we are where we are, and Christmas for many business people – and the workers they employ – will be an anxious time, as they seek to come to terms with the 500 pages of detail we’ve yet to see of the actual deal.

Don’t worry, it’s not the previously reported 2,000 pages, the prime minister airily assured us. As a parliamentarian who’ll next Wednesday have to debate the deal, that doesn’t thrill me – but for people whose businesses and jobs are on the line, that’s utterly inadequate.

You might almost think this had been arranged to ensure the minimum possible focus and attention on arrangements likely to be affecting us for decades to come.

There is, however, much that’s already apparent, particularly the deal’s impact on people. Michel Barnier was very clear, for example, that the UK itself chose to no longer be part of the Erasmus Plus exchange scheme that has allowed generations of students and apprentices to travel, study and develop their lives and careers.

Those from privileged backgrounds will no doubt continue to find a way to do this, but for many, the option of studying in the EU is now off the table. Our sister Scottish Green Party is already campaigning to keep access for that nation’s students and apprentices – good luck!

And while we know, more or less, what’s going to happen with goods – there’s clarity for fish, potatoes and cars (although not a lot of happiness about much of that) – there’s almost no information or arrangements for the services that make up 80 percent of our economy.

I’m greatly concerned about our creative sector. We already know that musicians, artists and many others who’ve used opportunities on the continent – including often far greater public funding for the arts – are going to see their opportunities severely restricted.

And of course EU citizens living in the UK, and Britons in Europe, face a period of great worry and uncertainty about their future. A lot of European states have gone out of their way to be welcoming and make it as easy as possible. But for EU citizens facing the horrors of the Home Office hostile environment, there’s more cause for concern.

Just this week I got an answer from the government to a written question, tabled in consultation with the campaign group Crisis, about homeless people losing their right to remain under new immigration rules. The minister assured me this “will be used sparingly, and only where individuals have refused support offers”. This is one to watch, and words to remember.

In his press conference, Boris Johnson celebrated the abandonment of Theresa May’s acceptance of “dynamic alignment” – maintenance of EU standards on workers’ rights, environment and food safety. The government keeps saying it wants higher standards, but keeps failing to put that into law. Another written answer this week, from Zac Goldsmith on battery standards (which the EU is planning to significantly boost), was also less than reassuring. “We’re consulting,” he said, in short. Even the rhetoric about “world-leading” has disappeared.

And what of the people who even the government acknowledges are some of the most vulnerable human beings on this planet – unaccompanied child refugees looking to join family members in the UK?

In this Christmas season, as pictures of cribs and stables float across our screens, let’s spare a thought for them. Despite endless government promises, there are no arrangements in place for them on 1 January. It is a bleak midwinter for them, casting a deep shadow among the many shadows that current hang over these islands.