If Tory government efforts over the last ten years are anything to go by, there will never be a 'bonfire' of EU red tape. 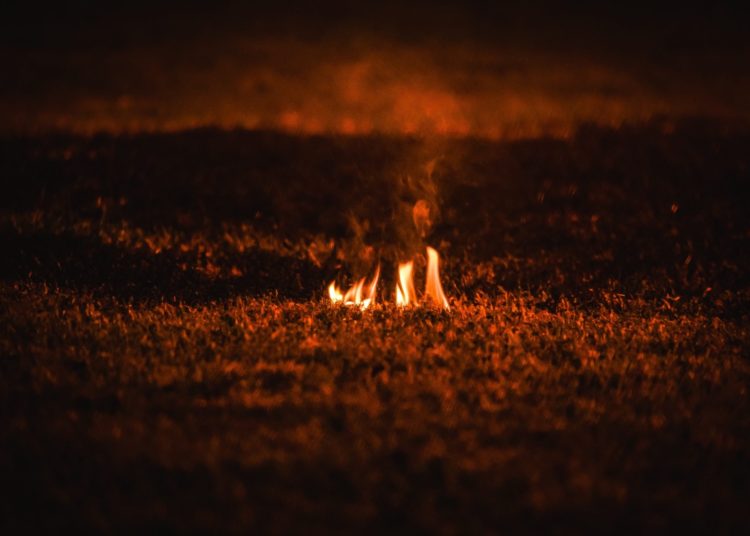 Photo by Ryan Clark on Unsplash

A couple of weeks ago in The Times, columnist Iain Martin revealed that the question Brexiters like him feared most during the 2016 referendum campaign was: “what, specifically, are the EU regulations you want to drop or diverge from after Brexit? If the EU and its rules are so dreadful, what would you change?”

He said it brought him out in “cold sweats” on TV and in public debate.

This was because he didn’t know the answer and, despite having had five years to think about it, he still doesn’t but remains strangely confident that “nerdy Brexiteers” will eventually be able to explain, in his words, how the Brexit dividend can become reality.

A new red tape report has now been published

Mr Martin’s hopes rest mainly on the taskforce on innovation, growth and regulatory reform (TIGRR), created by Johnson in February and headed by former Tory leader Iain Duncan Smith (IDS) in a final effort to uncover these hidden regulations that have uniquely and unaccountably crippled Britain for years.

To coincide with the publication of their report, authors IDS, Theresa Villiers and George Freeman wrote an op-ed in The Telegraph: ‘With the power to create our own laws we can take the lead in high-tech industries of the future’.

They claim to have set out over 120 recommendations and identified “specific high-growth opportunities” reflecting on feedback from consultation with industry. They say the UK can use its regained law-making power “to unlock growth and investment in technology to help level-up the country”.

This prompted The Telegraph’s journalists to write the kind of piece we could all have forecast, cheering it on: ‘Post-Brexit Britain should light a bonfire of EU red tape to fuel economic growth’.

However, those at The Telegraph expecting a bonfire of EU regulations will almost certainly be disappointed. It will be never be lit.

The TIGRR seems to call for more regulation not less

The first thing to note is there is not much in the way of a hard, prescriptive list of Brussels red tape identified for the bonfire. There is however, some modest tinkering and a lot of quite nebulous recommendations for more regulation.

In financial services for instance, it calls for MiFID II position limits to be amended and a more discretionary and judgment-based approach to calculating central counterparty clearing house (CCP) margins. I am sure we can all agree on that – whatever it might be.

The list of recommendations is said to be aimed at promoting “productivity, competition and innovation through a new framework of proportionate, agile and less bureaucratic regulation”.

The reimposition of the ‘one in, two out’ regulatory duty on all government departments, suspended after the Grenfell tragedy (although the TIGRR don’t actually mention that) is called for. Precisely which old regulations are to be scrapped to make way for these new more agile and less-bureaucratic ones is not mentioned either.

The report suggests giving the regulatory reform committee a remit to scrutinise all regulators and regulatory reform proposals with increased resources, including seconded experts, without mentioning that the committee ceased to exist on 20 May (this is less surprising than you might think given the sheer number of committees involved – see below).

The authors appear to believe the world’s only regulatory super power across the Channel will adopt future British standards. It is far more likely that the EU will create its own standards, leaving British manufacturers holding the equivalent of Betamax patents and using bolts with Whitworth threads.

Among the specifics is a proposal to amend the 1985 Weights and Measures Act allowing imperial units without a metric equivalent to be displayed, as if the average shopper is outraged at seeing goods weighed in kilograms or measured in millimetres.

They also suggest wanting to amend or scrap the ‘onerous’ port services regulation (PSR) – EU 2017/352, which according to their report costs the 43 affected UK ports between £2.2 and £8.4m a year (Department of Transportation figures). Compared to the near destruction of the shell fishing industry the savings seem meagre.

Note this was the only EU directive that Steve Baker could think of scrapping in November 2017, when asked by Ken Clarke in the House of Commons the question that presumably still sends Iain Martin into a cold sweat.

To better understand this government’s obsession with reducing regulation, a good place to start is the website regulation.org.uk run by Martin Stanley, a former cabinet office civil servant and former chief executive of the Better Regulation Executive.

Mr Stanley shows there have been any number of grand schemes to cut regulation, most of which have failed.

This last body was appointed with the aim of “identifying practical reforms to EU rules and regulations”.

Next, we had the regulators code in April 2014 intending to provide “a flexible, principles-based framework for regulatory delivery that […] best suits the needs of businesses and other regulated entities”.

Despite all that, the reform think tank estimated that the coalition government managed to add around £3.50 of regulation for every £1.00 that it removed.

After 2015, the Tories set to work again, this time with Sajid Javid introducing the business impact target followed by the cutting red tape programme, the one-in-three-out initiative and the regulatory delivery directorate. Greg Clark then carried on with the red tape initiative and in 2017, the regulatory futures review.

As chancellor under Boris Johnson in 2019, Sajid Javid brought in the Brexit red tape challenge and, after he resigned following his disagreement with Cummings, in came the reforming regulation initiative.

This year began with an announcement by business secretary Kwasi Kwarteng that after all that, the government did not intend to cut overall regulatory burdens on business in the current parliament.

That didn’t stop the prime minister asking business leaders, in a conference call in January, for deregulatory suggestions that could be presented as a Brexit dividend.

By February, Johnson had launched the TIGRR followed soon after by Rishi Sunak setting up the better regulation committee. In May, the PM announced that Lord Frost would lead a Brexit opportunities unit to explore ‘Brexit opportunities’, particularly around shedding EU regulations.

The TIGRR report – all 130 pages of it – should be seen in this context. It is merely the latest in a long line of soon-to-have-failed initiatives. Anybody anticipating a bonfire of regulations would be well advised not to build their expectations too high – or even at all.

The irony of it all by the way, is that after a decade of near ceaseless activity in trying to cut red tape, leaving the single market has burdened British industry with the largest ever increase in red tape in history.

Johnson’s response and what happens next

In his response to the TIGRR Johnson said, “it is obvious that the UK’s innovators and entrepreneurs can lead the world in the economy of the future, creating new opportunities and greater prosperity along the way, and levelling up our whole country in the process”.

He said this can only happen, “if we clear a path through the thicket of burdensome and restrictive regulation that has grown up around our industries over the past half century”.

It was something of an echo of Harold Wilson’s 1963 plan for British science unveiled in a speech to party conference in Scarborough, where he warned that if the country was to prosper, a “new Britain” would need to be forged in the “white heat” of this “scientific revolution”.  Ten years later we were admitted to the European Economic Community as the sick man of Europe.

Clearly, nothing came of that, and almost certainly nothing will come of the TIGRR report either. It will be considered by civil servants and no doubt some minor changes will be made to give the appearance of a Brexit ‘dividend’.

The government’s greater freedom outside the EU is constrained anyway by the level playing field conditions agreed under the trade and cooperation agreement, which gives Brussels the right to retaliate with tariffs if the UK is believed to be gaining an advantage over EU producers.

The fact is that after all the previous reviews, if a ready-made list of unnecessary ‘burdensome’ EU rules was not immediately available on 24 June 2016, it probably never will be.

Perhaps the best indication of how the report will be seen by Whitehall comes in two tweets quoted on the regulation.org website from Giles Wilkes, a senior fellow at the Institute for Government and former special adviser to Theresa May on industrial and economic policy.

“It’s always the same. Someone chunters on about how what we need for growth is regulatory change. But they’re not sure what. So, they issue a plea to business/the public. It’s like asking someone else to provide the punchline to your own stupid joke.”

“[On] My *first day* as a spad, a well known business organisation slaps down on my desk a list of 100 regulatory problems from members. Hooray, I think: actual content. Leafing through – about 98 were variants on ‘I find it tiresome having to make arrangements for pregnant staff’.”

Civilisation is built on regulations

I once heard Lord Heseltine make a speech in which he said that civilisation is built on regulations. The regulation.org.uk website helps to explain how, in an ever more complex world, regulations are needed and, in many cases, actually “save public money.”

Martin Stanley says the modern world is driven by technology which “most of us can only dimly understand, controlled by huge multinational companies” and without regulatory oversight by government, most people would be at greater risk.

He uses a quote from former US president Barak Obama to make the point:

“… if you wanted good government, then expertise mattered.

“You needed public institutions tasked with people whose job it was to pay attention to important stuff so the rest of us citizens didn’t have to. And it was thanks to those experts that Americans could worry less about the quality of the air we breathed or the water we drank, that we had recourse when employers failed to pay us the overtime we were due, that we could count on the over-the-counter drugs not killing us, and that driving a car or flying on a commercial aeroplane was exponentially safer today than it had been just twenty or thirty years ago.

“The ‘regulatory state’ conservatives complained so bitterly about had made American life a hell of a lot better.”

It seems that Brexiters are unable to grasp the concept of regulations ever being beneficial and want to return to a simple world that they can understand, but which no longer exists and will never exist again.