With a final flourish, Sunak announced the latest BOGOF scheme to hit the high street. 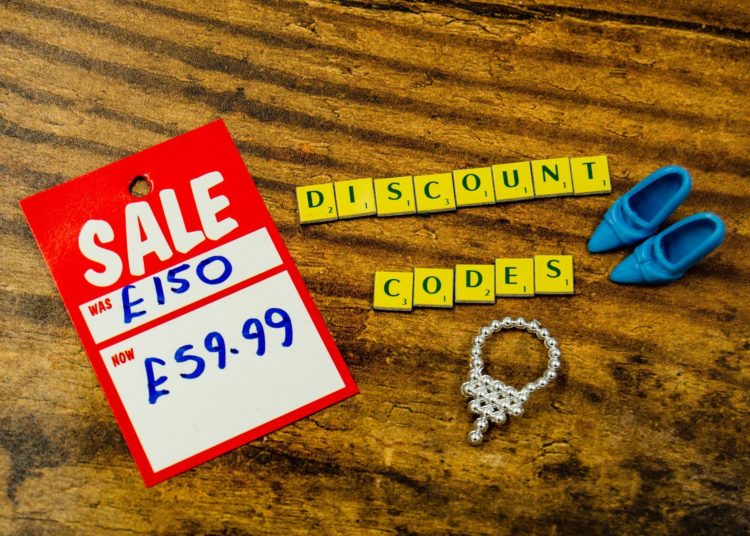 “Discount Codes – Spelt Out” by mfvcimages is licensed under CC BY 2.0

“The final measure I’m announcing today has never been tried in the UK before. This moment is unique. We need to be creative.” said Chancellor Rishi Sunak on Wednesday in his summer statement. And with that final flourish he announced the latest BOGOF (buy-2-get-1-free) scheme to hit the high street.

Promising discounts of up to £10 per head for anyone eating out at ‘participating restaurants from Mondays to Wednesdays in the month of August’, you could close your eyes and almost imagine you were listening to a KFC advert.

Little stimulus and it’s relatively trivial, said Martin Lewis on LBC radio afterwards – many restaurants have been doing something similar for some time. And while slashing VAT from 20 per cent to 5 per cent will help, the thing that will make the most difference will be people having the confidence to return to the restaurants, cafes and bars.

Similarly, the stamp duty cuts announced are only for England and Northern Ireland. Whilst lifting the threshold to £600,000 is significant, the line that this was to help first time buyers does not really wash. In fact, it was pretty much a red herring because before yesterday’s announcement first time buyers paid no tax on properties up to £300,000 and only 5 per cent on any portion between £300,000 and £500,000.

If the government thinks most first time buyers are looking at properties above £400,000, then they really do need to get out of London a bit more. The fact is that this helps those higher up the housing market chain as much as anything and does nothing to address the real barrier for first time buyers – the amount of deposit needed. Back in 2012, the then-chancellor George cancelled a similar scheme after announcing it had been ineffective in helping people to buy a home.

The focus of the mini-budget announcement though, quite rightly, was about jobs and stimulus to employers, and there were welcome green measures such as energy efficiency grants reminiscent of the Green Deal. The one underlying problem with all this is confidence. However many imaginative or creative schemes Rishi Sunak has to get the economy moving, the thing he has no control over is consumer behaviour. As our poll demonstrates (click through to place your vote), most people still feel uncomfortable about too much exposure to others in confined spaces.

Worse still, people increasingly have little confidence in the government’s handling of the virus.

Approval ratings have been falling consistently. A poll for the Observer back in May exposed how dropping the “stay at home” message and easing restrictions had damaged the government’s reputation, both amongst the public, but also with some local authority leaders.

Research group Opinium have been polling the public’s opinion on issues to do with coronavirus on a regular basis. Their most recent report published on 27 June (based on fieldwork undertaken 25–26 June) makes uncomfortable reading for the government, and raises specific questions for the chancellor about consumer confidence.

A third of people (36 per cent) say that when restrictions are lifted they will spend less on shopping. A similar figure (32 per cent) say they will spend less in pubs and bars, and 36 per cent say the same about eating out, once things return back to ‘normal’. Three-in-five (59 per cent) think the current levels of testing in the UK are insufficient and over half (57 per cent) disapprove of the government’s handling of the test and trace system.

More articles on the economy:

The net approval of the government handling of the coronavirus crisis remains in negative territory at -10 per cent. For the first time since the pandemic started, the number of people saying the government has underreacted is over 50 per cent. Similarly, over half (54 per cent) now think the UK is coming out of lockdown too fast, up from 46 per cent last week. Meanwhile, most of the public continue to think testing levels are insufficient (59 per cent). And the public’s opinion of Boris Johnson’s handling of coronavirus has dropped two points from a dismal -5 per cent last week to -7 per cent this week.

The public are not as daft as some would have us believe. We know when we’re being taken for a ride and when dealing with the pandemic we now trust our instincts rather than government advice. With less than 1 per cent of the world’s population, Britain has 10 per cent of global coronavirus deaths. Just because the government, in some Orwellian move, has now stopped any reference to UK numbers or comparisons with other countries in its daily briefings, does not mean we don’t know this.

The best way to get the economy moving is for people to see the daily death rate tumble and to have some confidence that a track and trace system will stop any further local spikes from spreading. We have neither. Reopening the economy in the midst of a pandemic the government is not on top of is risky, to say the least. Over in Sweden, where they took the unusual route of not locking down, the country has had a far deadlier outbreak than its Nordic neighbours and the strategy has not resulted in significant economic gains.

According to the Financial Times the chancellor’s decisions yesterday will lead to plunging tax revenues and are likely to push the budget deficit up to £361.5bn. This makes the cost of providing PPE (about £15bn) and the cost of test, track and trace (about £10bn) small fry. But it’s not small fry when you consider that the £10bn track and trace is not ready and may not be operational until next year. That is the real cost to the economy and to all of us. Until we have this or a vaccine, getting people out to enjoy their buy-one-get-one-free meal just isn’t going to hit the spot.