Among those quick to attack (and defend) the BBC for the deplorable tactics whereby Martin Bashir obtained his interview with Princess Diana in 1995, one voice has been notably silent – that of John Birt, the BBC’s director general at the time. Fortunately, his valuable opinions have not been lost. 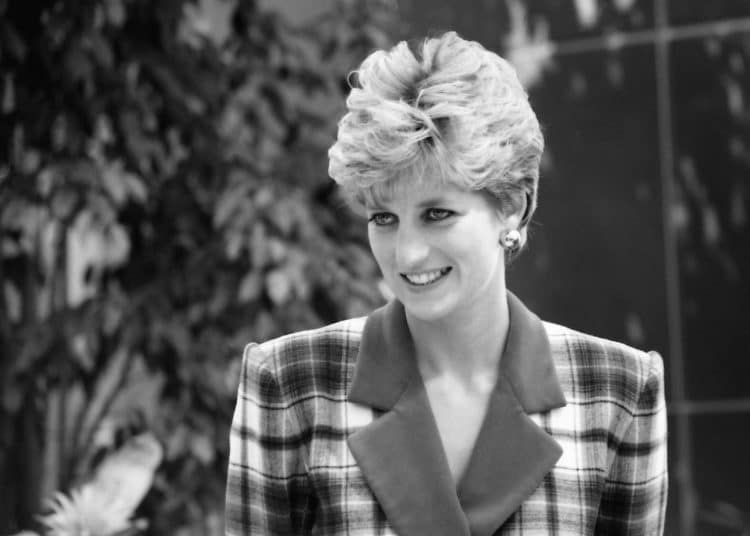 “Princess Diana at Accord Hospice” by paisleyorguk is licensed under CC BY 2.0

Among those quick to attack (and defend) the BBC for the deplorable tactics whereby Martin Bashir obtained his interview with Princess Diana in 1995, one voice has been notably silent – that of John Birt, the BBC’s director general at the time. Fortunately, his valuable opinions have not been lost.

They are expressed in his autobiography, The Harder Path (2002) pages 408 to 414, and are worth reading. They describe how he discussed the interview at length with Tony Hall, then the BBC’s director of news, and a director-general-in-waiting.

There was opposition within the Panorama news team and potentially from the BBC’s governors, whose chair was Marmaduke Hussey. Bashir was investigating the claims that the princess’s apartments in Kensington Palace had been bugged by M15, but the Panorama team “was unable to obtain corroboration for these allegations”. Bashir, however, had established such good relations with Diana “and her circle” that she consented to an interview. He had convinced her that he was on her side, partly with the help of forged bank statements.

Hussey was an ardent monarchist: his wife was Lady Susan, a lady-in-waiting to the Queen. After the interview, he said, “I don’t think that the BBC should have got itself into a position involving the private problems of the Royal Family”.

The BBC under John Birt

Hussey, who appointed Birt, was already at odds with his protégé over another matter, the ‘modernisation’ (as Birt saw it) of news and current affairs. This involved the bringing together of two departments within the BBC, together with its radio and television services, into one giant department, whose editorial control extended downwards from the top.

Many who had worked within the old BBC viewed such prospects with alarm. Gone were the days of the trusted journalist, who followed their hunch, researched and convinced their colleagues in the news department that the efforts were worthwhile. Instead, a project had to be sanctioned in advance, before the BBC’s support and resources could be released. This meant that the conclusion had to be known, before the research could begin.

Birt’s role in the Diana interview

Birt recognised the damage that the interview might do to the relationships within the royal family, which were damaged enough already, and to the image of the monarchy abroad. But he decided that there had been “a shift in realities in a more democratic age: whatever the BBC had done in the past, its prime duty was now to its licence-payers”.

They wanted to hear about the scandal brewing among the Windsors. Most Fleet Street editors would have agreed, but Birt didn’t inform Hussey about this sensational coup until a week before transmission. He was concerned that the governors might put obstacles in the BBC’s way.

At no point does Birt fail to give credit where credit was due, particularly to himself. He missed the programme on transmission, because he had to fly to New York to pick up an “unexpected honour” (an Emmy from his old friend, David Frost), where, at JFK, he bumped into the playwright, David Hare, and the director, Richard Eyre, who were “deeply tickled by the affair”. Questioned as to the wisdom of providing the poor girl with a prime time platform on which to air her marital misery, Birt replied, “It was Diana’s right to tell, not ours”. This was an up-market Jerry Springer scoop with the expletives removed.

The move to curb left-wing intellectuals at the BBC

This interview left “the streets of Britain … largely deserted”. “23 million people watched the programme”. It illustrated the ethics of modernisation that Birt sought to bring to the BBC – more popular appeal, more editorial control. He was seen as someone who could curb the left-wing intellectuals that so irritated Margaret Thatcher in the 80s. ‘Maggie’s Militant Tendency’ (Panorama, January, 1984) was one example. It investigated the ultra-right-wing nationalists within the Conservative Party with links to fascists abroad. It now seems prescient.

Another was a programme screened within the Real Lives series, ‘At the Edge of the Union’ (October, 1985), in which Sinn Fein’s Martin McGuinness and the DUP’s Gregory Campbell described their lives in Northern Ireland from their opposite perspectives. This programme nearly caused a constitutional crisis.

It was screened shortly after Mrs Thatcher had demanded that the press should “starve the terrorists of the oxygen of publicity on which they depend”. At a news conference, she was asked by the Sunday Times journalist, Mark Hosenball, what her views would be if she knew that a British TV company was about to transmit an interview with the IRA’s chief of staff, who was presumed to be McGuinness. She replied that, “she would condemn them utterly”.

She asked the home secretary, Leon Brittan, to intervene, but he had no legal means to do so. The BBC through its charter was independent of the government of the day. Its governors were held at arm’s length from the management and, by convention, were not expected to interfere with its editorial decisions. The way to transform the BBC was from the top by appointing a new chair of the governors.

Hussey’s name was suggested to Thatcher, according to Woodrow Wyatt’s diaries, by Rupert Murdoch. Hussey would sack its director general, Alastair Milne, who came from the world of investigative journalism, and appoint someone who was likely to cause less trouble. After a short inter-regnum, this turned out to be Birt, recruited from a commercial company, LWT, who proved to be, in Thatcher’s words, “an improvement in every respect” (The Downing Street Years: Margaret Thatcher, p637).

The inducement that urged the BBC to make these far-reaching changes was the threat to its licence fee, the scene of Birt’s greatest triumph. “By convincing Ministers that the BBC is serious about efficiency and value for money”, explained an editorial in the Daily Mail, “he has ended a decade-long battle between the corporation and the Tory Party”.

The Tories’ dislike of the BBC, however, was not only about money and politics, but also its ‘assault’ on middle-class values that crept into its programming under a former director general, Hugh Carleton-Greene. Mary Whitehouse, president of the National Viewers’ and Listeners’ Association (NVLA), described him as “the devil incarnate – who more than anyone else was responsible for the moral decline of this country”. Thatcher agreed. “I deplore those who seek … to undermine our traditional standards of decency and respect for family life”.

Both had their likes and dislikes within the BBC’s schedule. Neither of them wanted to throw the baby out with the bathwater. Thatcher enjoyed her chats within the family-friendly Jimmy Young Show. Whitehouse’s NVLA gave an award to Jimmy Savile for his popular, Jim’ll Fix It. Thatcher invited Savile to Chequers and granted him a knighthood. With their support, under Birt’s leadership, Savile thrived, undetected, although his paedophilia was known to his co-workers, who had warned that he should not be left with children.

The Tories and the BBC

Tories, who are now attacking the BBC for Bashir’s bad behaviour, should be careful where they throw their stones. History has not been kind to their efforts to reform the Beeb. It has exposed not only their intolerance and prejudice, but also their naivety.

Andrew Bridgen MP has described the BBC as an institution “better suited to a banana republic”. The reverse was true. Few governments around the world would have allowed its national broadcaster to have the independence that the former BBC once enjoyed, not only from the government but also from commercial interests. Thatcher put a stop to that.

It would be foolish to hold out much hope for the BBC’s future, but what is at stake is more important than the fate of a well-loved institution. It is the respect and encouragement of thought itself, for the same forces that tamed the BBC now apply within schools, the universities and the professions.

It requires a love for truth rather than data, for humanity than politics, for integrity than obedience. Thought is not a commodity. It cannot be bought, sold or subsidised. It cannot be quantified and has no pre-conditions. Without it, however, we would be more isolated from the rest of the world than we are from the European Union.

Dr John Elsom is a freelance writer. His works include books, plays, musicals and extensive journalism. His latest book, ‘State of Paralysis – a Cultural History of Brexit’ is out now.