The cartoon row at Batley Grammar School draws to light the importance of pluralism, but also freedom of speech and expression. 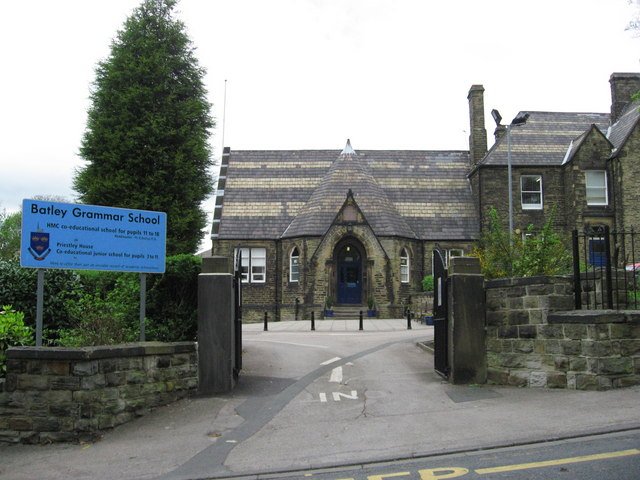 It’s now nearly three weeks since Batley, the former constituency of Jo Cox, the Labour MP murdered in 2016 by a far-right extremist, was in the national media again. The protests and death threats in West Yorkshire against a teacher at the Batley Grammar School who showed pupils a cartoon of the prophet, raise uncomfortable questions about the tensions between freedom of expression and censorship.

We’ve sadly been here before. Salman Rushdie’s The Satanic Verses was published in Autumn 1988. The burning of the book in Bradford, West Yorkshire, in January 1989 was followed by the fatwa issued by the Iranian Aytollah Khomeini in which he declared Rushdie deserved to die for “insulting Islam”.

For ten years, Rushdie lived with the threat of the fatwa over him. For a period, European publishers cancelled their editions of the novel and American bookstores cleared their shelves of the book. Rushdie’s Japanese translator, Hitoshi Iagrashi, was murdered; his Italian translator, Ettore Capriolo, the victim of multiple stabbings, and his Norwegian publisher, Willem Nyngard, was shot.

Controversy with publications and literature

In September 2005 the Danish newspaper Jyllands-Posten published 12 cartoons featuring the Prophet Mohammed. One cartoon, the bomb in a turban by Kurt Westergaard, became the particular focus for anger.

Jytte Klausen’s The Cartoons That Shook The World provides an excellent analysis of the causes and consequences of their publication. She concludes that the Muslim reaction to the cartoons was not a spontaneous reaction but was orchestrated, first by those with vested interests in elections in Denmark and Egypt, and then by Islamic extremists seeking to destabilise governments in Pakistan, Lebanon and elsewhere.

But Jytte Klausen’s book itself created controversy. The author wanted to publish the cartoons but the US publisher (Yale University Press) decided not to because of a perceived risk of violence. The December 2009 issue of Index on Censorship carried an interview with the author, again without the cartoons, and this in turn led to protests from Index readers.

People will remember the Charlie Hebdo killings of January 2015 and the outburst of solidarity after two French Muslim brothers, Saïd and Chérif Kouachi, forced their way into the offices of the French satirical magazine and killed 12 people.

But in a more recent event in France, which has echoes of what happened at Batley Grammar School, Samuel Paty was killed in October 2020 shortly after showing his teenage class cartoons of the Prophet Mohammed published in the satirical magazine.

The 47-year-old history and geography teacher’s aim in showing the pictures was to spark a discussion around the secular values that underpin France’s Fifth Republic — part of the curriculum taught in every French school.

There will be an independent inquiry into what happened at Batley Grammar School, but these are the facts so far. On 22 March a religious studies teacher showed an image of the Prophet Mohammed during a discussion about blasphemy in a religious studies lesson. The teacher is reported to have shown an image from Charlie Hebdo, but the actual image has not been released.

The Muslim news site 5Pillars, after interviewing parents, said that the lesson was on the topic of blasphemy and the students were told that they would be shown an image of the Prophet which many in the class would find offensive.

The teacher then gave a background to what happened when the image was published and asked who was to blame – the cartoonist for drawing, publishing it and causing offence, or the person who killed the French teacher for showing it?

As a direct result, a student or students (we don’t know how many) in the class told parents about the lesson and there were protests outside the school on Thursday and Friday of the same week. The protests were widely reported in the media, often in sensational terms, prompting a series of opinion pieces in the national press.

The teacher has been suspended pending an investigation and is now hiding in fear of his life, after being named on social media by a local charity, Purpose For Life. Two other teachers were also suspended. The school has apologised and promised to review the religious studies curriculum “to ensure no other resource or statement is inappropriate”.

Role of the media in the Batley cartoon row

What lessons can be drawn from this incident? Peter Oborne wrote a strongly argued article with the sub-head “Press coverage portrayed Batley Muslims as bigots at war with ‘British values,’ but the real mob is not those protesting outside the school, but the media stoking the flames”.

He is unequivocal in his judgment:

“Under the pitiless gaze of an ignorant and often bigoted media, yet another moral panic is being drummed up against British Muslims. Unscrupulous ministers score cheap political points. Fractures in our already troubled society widen.”

His article is worth reading. For example, he highlights the double standards of those arguing passionately about the threat to free speech posed by the Batley case and contrasts it with reporting by the British mainstream media of the Julian Assange case:

“As far as I can discover (I will correct the record if I am wrong) not one of the writers and polemicists who have written so urgently for free speech in Batley have spoken up for Assange.”

This case will undoubtedly have a chilling effect on teachers who will self-censor and eliminate difficult or controversial topics from the school curriculum. There is evidence that this is already happening in France, where nearly half of French secondary schoolteachers avoid or downplay subjects that they fear might upset pupils, including sexuality, the Holocaust and evolution.

Petition to defend the Batley teacher

One person certainly emerges from this controversy with credit – the student who started the petition in the teacher’s defence. “The teacher was trying to educate students about racism and blasphemy”, it states. “He is not racist and did not support the Islamophobic cartoons in any manner.”

Doubt was cast on whether the petition’s originator was actually a student at the school until evidence appeared with the petition to prove this. The last time I looked it had over 71,000 signatories.

Batley: the broader debate of freedom of speech

Finally, the Batley case is part of a much broader debate.

The examples I cited at the beginning of this piece highlight the tensions between censorship and freedom of expression, tensions which have intensified since the controversy around The Satanic Verses in 1989. Before, freedom of expression was widely held to be absolutely acceptable; since then it has been seen as a problem, in that it can harm or offend, and needs to be curtailed.

As Kenan Malik points out, “Rushdie’s critics lost the battle – The Satanic Verses continues to be published. But they won the war. The argument at the heart of the anti-Rushdie case – that it is morally unacceptable to cause offence to other cultures – is now widely accepted.”

The argument goes that if people are to avoid conflict they have to limit the extent to which they subject each other’s fundamental beliefs to criticism.

I don’t agree. Free and open discourse, and the conditions which allow such discourse to flourish, are vital in a pluralist society. This is in the interests of everyone – not least those who find their views misrepresented or marginalised.

I’m with Orwell on this: “If liberty means anything it means the right to tell people what they do not want to hear.”