The arrow of time and Brexit

Former Conservative MEP John Stevens looks at the time pressure to achieve a Brexit deal, and the need to keep close allignment with Europe. 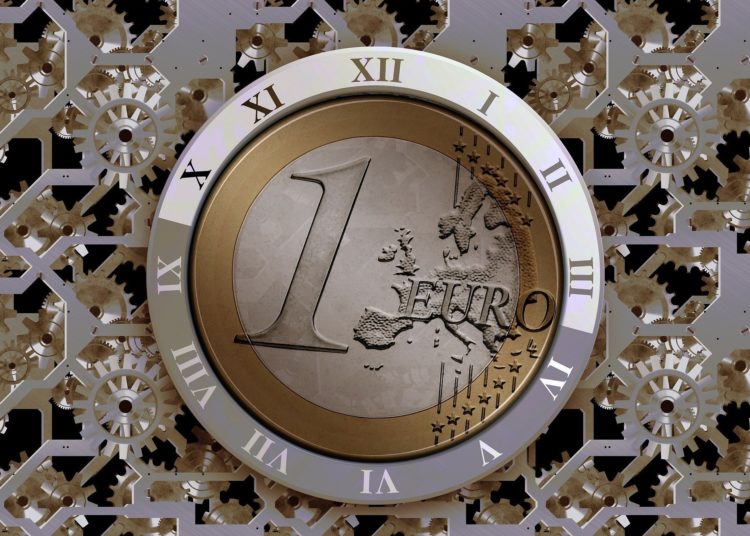 Image by geralt for pixabay

This refrain was first expressed in June by Prime Minister Johnson and Commission President von der Leyen in their conference call, supposedly with the aim of injecting urgency into the ongoing UK/EU negotiations on their future relations after the end of the transition period. It has since become the regularly, almost ritually, repeated leitmotiv of the process.

And it still seems to be the one thing upon which both sides do actually agree. For it is at least apparent that there will be no extension of the transition period: the British will not request one, the Europeans will not grant one. Serious commentators have concluded that history will judge Mr Johnson’s refusal to seek this in June, when the Covid-19 crisis afforded an easy excuse, “a monumental failure of statecraft”. But I doubt history will bother. For time, of course, is relative. It runs differently for the various parties in this increasingly dire drama.

It runs slowest for the continental Europeans. They are, rightly, confident that forcing the British into spending some time next year, or even longer, in the limbo of no deal would only increase the pressure on them to concede more or less completely to the EU’s terms. And the damage they might have to endure in the meantime is easily outweighed by the advantages of not compromising their strategic objectives, which are so central to their entire endeavour.

Time is running a little faster for the Irish. No deal would place strain upon their economy, as it could upon the peace process. The Fine Gael/Fienna Fail coalition are convinced it would not last very long, since the full support of their EU partners will make such strain greater for the UK, and the election of Mr Biden to the United States’ presidency has greatly reduced the risks to the Good Friday Agreement. They have already responded to the growing threat from Sinn Fein by adopting a more pro-active approach to the prospect of a united Ireland, in their new “Shared Island” initiative.

Time is running really rapidly for the UK government. On all scenarios, it is now facing an early and cruel encounter with the reality of Brexit, which will be so demonstrably and damningly different from the promises made by the Leave campaign during the referendum, and by the Conservative Party ahead of last year’s general election. There is little confidence in the British government that a “no deal” decision could be sustained by an economy already deeply damaged by Covid-19, especially with regard to the difficulties any further deterioration of market confidence could cause for financing the enormous accretion in public debt.

Time is running more rapidly still for that portion of the government, and of the Conservative Party, committed to the constitutional integrity of the UK. There are, to be sure, few who would deplore a future united Ireland, however much they presently oppose the border in the Irish Sea entailed by the Withdrawal Agreement. But Scotland is another matter. The disruption and disarray that, to varying degrees, will follow ‘no deal’ or any plausible deal in the early months of 2021, will constitute a clear condemnation of the government’s policy. But this will be as nothing to the signal of doom for the UK which could be sent by the Scots in next May’s Holyrood elections, should, as seems very likely, the SNP secure a majority. The expectation that Scottish independence can be indefinitely resisted outside the EU is pure fantasy.

All these above parties at least more or less appreciate their separate situations. But the saddest truth of the Brexit tragedy is that time is running fastest of all for British pro-Europeans. And they are largely ignoring this fact, reassured by the discomfiture and prospective humiliation of the anti-Europeans in the debacle which is now unfolding, and by the thought that this humiliation makes a return to the EU in a decade or so increasingly plausible. This is entirely consistent with the complacency and caution British pro-Europeans have shown ever since the 1999 decision to stand aside from engaging with European monetary union, a decision that has led directly to the national disaster we face today.

Brexit is a mortal challenge to the entire economic model the UK has pursued since the de-industrialisation of the 1980s, the linchpin of which is our dominant position in financial services. The notion that this position can continue when we shall be progressively excluded from access to European capital and euro-denominated wholesale markets, is wishful thinking. Brexit therefore poses twin mortal challenges to the British state, both economically and constitutionally. These challenges are imminent. The damage is being done; the ground, once lost, will never be recovered. Unless pro-Europeans act now, and reject their present posture of passively waiting upon events, any eventual return to the EU, if it comes at all, will be with the City a shadow of its former self and as an English rump state embittered by its external humiliation and internal divisions.

Leading continental opinion is still divided over Brexit. There is a sense that its failure is the ineluctable corollary of the EU’s success: that the dissolution of the British Union and the destruction of the City’s role in the infrastructure of the single currency will be a vindication of their vision. There remains also a recognition that the weakening of Britain is a weakening of Europe. And that at a time when confidence will be sorely needed, as Europe emerges from the economic consequences of Covid-19 in a most difficult global environment, no news could be more positive for the credibility of the European project than a British change of heart.

But this change of heart can now only be on the basis of a full, not a semi-detached membership. Many continentals imagine the present extremity must, at last, give rise to serious British advocates of such a course, which alone can save the British Union and the core of our service economy. If it is still not forthcoming, we will reluctantly be abandoned to the fate our own folly has brought upon us. Our exclusion will be both hard and long. It is imperative therefore that British pro-Europeans create a credible electoral campaign to return the UK to the EU. A campaign capable of persuading our people, our European partners, and the world, that British reintegration within the EU is a real possibility.

The opportunity to do so exists. To imagine otherwise is cravenly to ignore the scale of the negative impact of the end of the transition period, even with a deal. Above all, democracy only works if politicians form, rather than follow, public opinion. History will certainly bother about that, as it will judge yet another failure by us as by far our worst, for it will be the most final. Time is indeed running short.

John is chair of the Federal Trust and a former Conservative member of the European Parliament (1989–1999).

Article first published as a blog post for the Federal Trust.

John is chair of the Federal Trust and a former Conservative member of the European Parliament (1989–1999).