Yesterday marked 100 days to the end of the transition period and the beginning of an omni-crisis for the government. 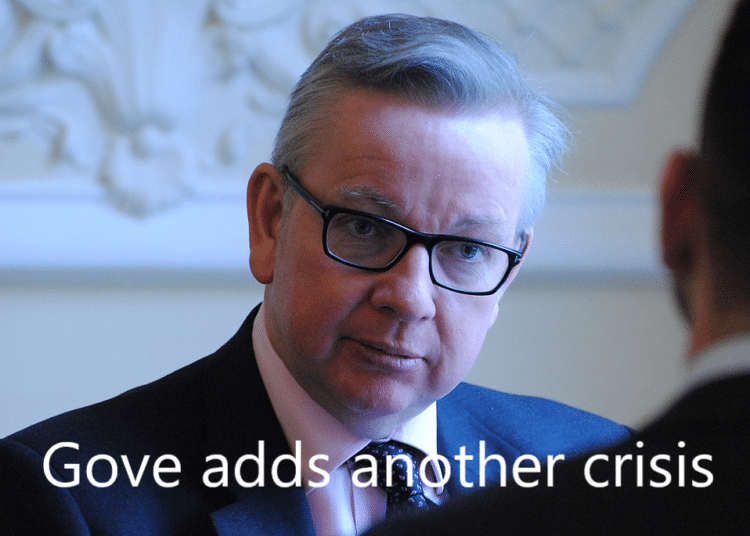 Yesterday marked 100 days to the end of the transition period and the beginning of an omni-crisis for the government. Coronavirus is once again on the rise, threatening a second peak over the winter, with 6,208 new cases reported, virtually the same as at the height of the pandemic in May. At the same time, the chancellor announced there will be no budget this year in a sign that the public finances are beyond planning and the economy dangerously out of control. The FT fear a financial crisis is coming soon.

The furlough system which has kept the unemployment figures down so far, was set to end in October but new measures, funded by yet more borrowing, are expected later today. Despite this unemployment is expected to triple by the end of the year according to the OBR. And in seven days, the EU’s deadline over dropping contentious clauses in the UK internal market bill expires. Legal proceedings will then commence against Britain under the withdrawal agreement for breaching its terms, potentially sparking a new standoff with Brussels.

Earlier this week the Northern Ireland Assembly passed a motion rejecting the UKIM bill and “any argument that the bill is necessary to protect the Good Friday Agreement”. The motion also reaffirms the assembly’s commitment to upholding international law, leaving the UK government with no plausible defence for the measure it has proposed that will repudiate parts of the NI protocol. On the same day, the bill was approved by the UK parliament and now moves to the report stage before going to the Lords, who are almost certain to reject it in its present form, risking a constitutional crisis.

It was against this backdrop that Cabinet Office minister Michael Gove yesterday added another potential crisis, as he released details in parliament of the “reasonable worst-case scenario” expected next year, with up to 7,000 HGVs queuing in Kent while they take two days to make the short Channel crossing. Someone calculated that the line of vehicles would extend from Dover back to Shooters Hill in South East London

Britain is teetering on the brink. People’s understandable concerns about their own future employment status and catching coronavirus have now been joined by more worries over the prospect of perfectly avoidable food and medicine shortages and disruption on a scale not seen in this country since the second world war.

Gove began his attempt at shifting blame for the expected post-Brexit chaos in Kent onto the EU and the haulage industry, absolving himself and the government of any responsibility as usual. He told MPs that the worst case scenario assumptions would only apply if we don’t “improve preparedness” and “if our neighbours decline to be pragmatic”. These are the neighbours we have been metaphorically poking in the eye and goading for four years and from whom we now demand pragmatism – code for not applying the rules to Britain that we have been applying to third countries for 45 years.

He also breezily assured a sceptical House of Commons that two new IT systems, the Goods Vehicle Movement Service (GVMS) and the Smart Freight IT Systems (SFS), were “in operation”, although this came as a surprise to Hilary Benn. As chair of the exiting the EU committee, Benn has heard directly from stakeholders that neither system is ready. Logistics UK (formerly the  Freight Transport Association) said a BETA version of Smart Freight won’t be ready until mid-December.

The Cabinet Office minister said SFS would enable hauliers “to check that their documentation is export-ready”, although Peter Foster at the FT tweeted that it doesn’t actually check anything. It simply asks if the haulier has the right documents – yes or no. It doesn’t check if any of the answers are true or if the documents are properly completed.

So one Q is: Do you have an MRN [Movement reference number] from an import declaration or TAD? [Transit Accompanying Document]

Apparently it’s not actually linked to anything. Just a declaration. /3

A government survey, Gove admitted, shows that with 100 days to go only a quarter of businesses are “fully ready” for the post-Brexit border arrangements.

Gove also announced more details of the controversial Kent Access Permit plan to create an internal border around Kent to check HGVs have the correct documentation.

Social media erupted with talk of Kent being ceded to France and Britain re-joining the EU county by county. The hashtag #Kexit trended in the top five on Twitter with someone suggesting the permit should be called a “Kermit”. It was a Twitterfest, but perhaps not that funny for people living in Kent who voted four years ago by 59 percent to leave the EU. I assume some at least may now be surprised at what is about to hit them.

But the permit system, which would be policed using ANPR cameras and other means, relies on the Smart Freight System and the Goods Vehicle Movement Service. And both these new IT systems rely on UK exporters to the EU getting to grips with the new Customs Declaration Service (CDS) which should have replaced the aging Customs Handling of Import and Export Freight (CHIEF) system some time ago, but still isn’t fully ready.

It should perhaps be pointed out that the GVMS is a bolt-on addition to link multiple declaration references. It connects with CDS and other IT systems to ensure all the necessary export documentation is correctly lodged, to enable freight businesses to be issued with a Movement Reference Number (MRN) and allow trucks to begin their journey, while the SFS is essentially a further check to prevent gridlock in Kent. To do this, all of the systems must work together seamlessly on day one.

The government now has 99 days to the end of the transition. But in practice big decisions must be made in the next three weeks. It promises to be a rollercoaster ride. Buckle up tight.