As some of the England fans boo their own players before a ball has even been kicked in the European Championships, Roger Winterbottom wonders whether it’s all really just a philosophical debate. 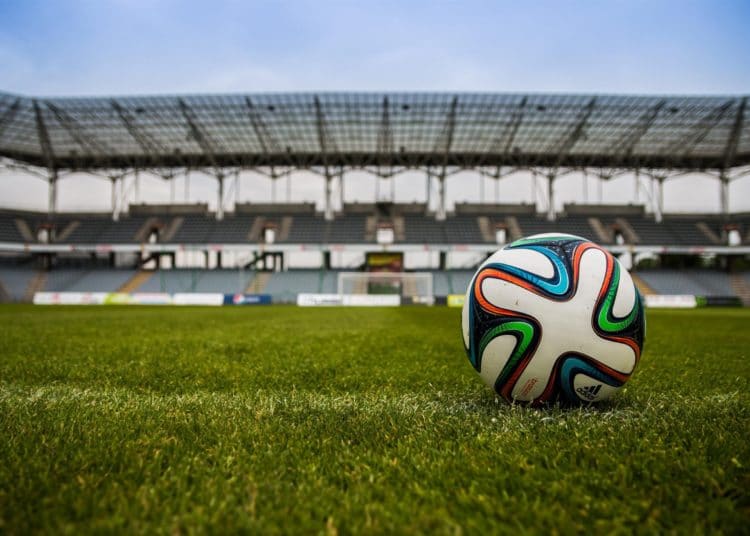 The England football team has probably rarely had a better chance to do well in the European Championships, with a talented, youthful squad and a manager who has brought solidity and confidence. It’s with depressing inevitability, therefore, that some of its supporters have found a way to bring their own special brand of joy to the occasion. Instead of having a good time and getting some booze in before the game, they’re, er, getting some boos in before the game.

Yes, what better way to motivate your team than by booing them before kick-off, as a vocal minority of supporters did before the friendlies against Austria and Romania? The booing is in response to the team taking the knee – as most of the Western European teams are also doing – in a demonstration of opposition to racism and inequality.

The racism of booing

It would be easy to argue that those booing players making an anti-racist stand are guilty of racism. Nevertheless, it has been suggested instead that they are in fact demonstrating disapproval of a Marxist ideology behind the Black Lives Matter movement. This suggests a hitherto-unsuspected nuance and interest in philosophical discourse from your average England supporter. Then again, I’ve often heard fans telling the referee he’s a follower of Kant. I think that’s what they said.

Still, perhaps we’re talking about the debate on using a zonal or a man-to-man Marxist system. Personally, I would have imagined that footballers would be more interested in the theories of Martin Heidegger and his concept of the essential state of ‘being-in-the-world-cup’.

As well as taking the knee, the Black Lives Matter movement is also associated with its call to ‘defund the police’, one of those slogans that makes little sense however hard you think about it, a bit like ‘build back better’. Gareth Southgate has certainly been accused of loading his squad with right-sided defunders.

BLM is also strongly linked with the calls to remove statues with negative connotations. I’m all in favour of this, so long as they pull down that statue of Cristiano Ronaldo that looks like a goblin.

The Guardian has meanwhile reported that, “Southgate aimed to inspire his squad by showing a video about England’s past glories”. I hope he didn’t show them our performances in past Euros. That’s going to be a very short video. England have only ever won one knockout game in the European Championships, and even that was on penalties (against Spain in ’96). After seeing Jordan Henderson’s botched penalty against Romania the other night, I can only assume he’s intent on replicating those past ‘glories’.

Henderson addressed the booing after the match. “We’ve got to stand together”, he said. “And that’s why we’re kneeling down.” Er, hang on. Standing up to kneel down? No wonder he’s still recovering from a groin injury. Anyway, when I was watching the Romania match in Wetherspoon’s the other night, I took the knee in solidarity before kick-off and it took the entire game to free myself from the carpet.

There have been many voices calling to stop the action of taking the knee, saying it is a political statement and that politics should be kept out of football. I wonder if they realise that the impending championship is between national teams defined by political boundaries.

Anyway, it’s not long since the government was introducing politics into football. Though after calling for footballers to do more to help during the pandemic, the government didn’t seem quite so keen once Marcus Rashford decided to act upon his experience of social inequality and embarrass them into providing extra meals for hungry children.

These politicians are never happy, are they? Put politics in, take politics out: it’s like the hokey-cokey. Maybe it’s not politics that should be kept out of football, but politicians.

Judging by the contributions of some MPs, that may not be the worst idea. Lee Anderson MP (no, me neither) said that he would be boycotting games while the players continue to take the knee. This would be about as noticeable and concerning as when millionaires threaten to leave the country should Labour be elected. “We will be very sorry to see them go”, responded Gareth Southgate, with more tact and civility than the suggestion warranted. “Let me get the door for you”, he didn’t quite add.

Anderson went on to say that the England team “now run the risk of becoming like the Labour party”. Hey! I thought we were keeping politics out of football! “And that”, Anderson went on, “is having nothing in common with their traditional supporters”. I could be wrong, but I suspect that football matches will continue to have something in common with football supporters.

Anderson also suggested that taking the knee “undermines our very way of life”. It’s hard to see how your football team taking a few seconds to raise awareness of ongoing racism and inequality risks your way of life, but sure, whatever. Which bit of our way of life is being undermined exactly? Afternoon tea? Having a picture of the queen in every university common room? Free speech? A sense of irony? Or the right of every England supporter to get tanked up and trash a European city before a game?

The “whole country” is supporting England

Meanwhile Boris Johnson has urged the “whole country” to get behind England. Hmm. The whole country? The government has recently been advising that people should only talk about the UK rather than the “four nations of the UK”, which is honestly going to play havoc with the next six nations rugby tournament. I can’t necessarily see all the other nations of the UK supporting England in the Euros, not least because some of them are also competing.

In fairness, Johnson did remember to also wish Scotland well in the Euros, as well as “all the home nations that may be playing”. I think the word he may have been looking for is ‘Wales’.

Johnson had – of course – refused to condemn the England fans who booed the players taking a knee. No doubt there are fine people on both sides. “On taking the knee”, said a spokesperson, “the prime minister is more focused on action rather than gestures”. Would this be the same prime minister who has more dressing-up costumes than Mr Benn? The one who loves nothing better than to drive a JCB through a polystyrene wall?

I’d love to know what ‘action’ he’s taking on racism and inequality as opposed to the ‘gestures’ of the England players though. Maybe he could set up some sort of Commission on Race and Ethnic Disparities to look into it? After all, it’s only been 28 years since the campaign to ‘kick racism out of football’ started. Judging by the racist abuse players still constantly receive, apparently we’re still waiting for it to be kicked out.

But as Albert Camus – philosopher, author, and one-time goalkeeper – said, “All that I know most surely about morality and obligations, I owe to football”. I’m not sure any philosopher ever said the same about politics.

On the other hand, Baudrillard did say that “power is only too happy to make football bear a diabolical responsibility for stupefying the masses”. But never mind, eh? Let’s all cheer the lads on!