The agreement is written down and put before parliament. To your astonishment you then listen to the awkward squad who made your life a misery not just voting for a bad deal, but telling the public that it is a fantastic “oven ready deal”, as they scrabble for ministerial appointments. 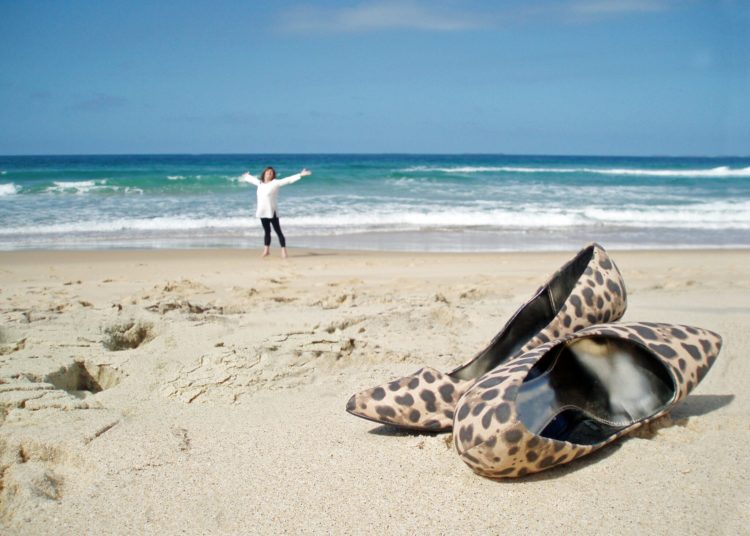 Kick Off Your Heels by Kaptain Kobold is licensed under CC BY-NC-SA 2.0

Imagine that you could put yourself in Theresa May’s shoes for a short while. I realise that this may not be easy for those of you who don’t normally favour designer kitten heels, but stick with me for a while as it is worth the effort.

It is a year ago and you are the prime minister of Great Britain and Northern Ireland. Your biggest challenge is to think up a way to get a Brexit agreement that you can sell to parliament and the public.

Then the EU offers to help you out.

It says, why not put customs duties on goods travelling backwards and forwards across the Irish Sea so that there is no need for a land border on the island of Ireland. You think about this for two seconds and realise that if you propose to put a trade barrier between two different parts of the United Kingdom, the Brexiters will tear you apart, with Boris Johnson, Michael Gove and Jacob Rees-Mogg leading the charge. So, you reject that solution and tell Brussels that no British prime minister could ever agree to such a thing.

Then a few weeks later you get turfed out of office and Boris Johnson takes over. You wish him luck in trying to square an impossible circle and sit back to watch how the new government will deal with the horrible realities of choosing between no deal and a bad deal. At this point, the man who has been laying into you for weakness holds a meeting with the Irish Taoiseach and meekly signs up to the deal you constantly refused. Like Chamberlain he returns from the meeting announcing he has achieved ‘peace in our time’.

The agreement is written down and put before parliament. To your astonishment you then listen to the awkward squad who made your life a misery not just voting for a bad deal, but telling the public that it is a fantastic “oven ready deal”, as they scrabble for ministerial appointments.

You read the bill that’s published and see that it leaves absolutely no room for doubt that there will be controls on goods travelling between two different parts of the United Kingdom. Then you listen to the new prime minister telling the public that there won’t be any such checks. This is just days after signing an agreement to put in place things that you rejected on principle. As a result, Boris Johnson convinces enough of the public that he has put an end to all the worries about Brexit, to secure an election victory by 80 seats. Despite almost 53 percent of the public voting for left of centre parties and just over 47 percent for the right.

Time passes and you get used to being an interested observer instead of a significant world leader. Then you wake up one morning and turn on the radio to hear Boris Johnson saying that the oven ready deal was in fact a disastrous mistake that gave the EU controls over events in Britain that no British prime minister could ever sign up to. It’s just possible that your husband Philip has to dodge out of the way, as a mouthful of toast or a slurp of coffee was spluttered across the room in astonishment.

Months after personally negotiating and signing this agreement, Johnson calmly informs everyone that it is such a bad agreement that he has to break the law to get out of it. But he says we’re not to worry, because he’s busy negotiating another agreement with the very people he has just broken his signed contract with.

This is where I ask you to step out of those posh shoes.

Now ask yourself – what will law and order enthusiast Theresa May do in such circumstances? Will she loyally troop through the lobbies and put party before country? Or will she rebel in these voting lobbies as often and as enthusiastically as Johnson, Gove and Rees-Mogg did when they had the opportunity to cause trouble without worrying about the consequences? Any normal person could never back an obvious liar who had humiliated them so very badly. We are about to find out how normal she is and how much of a stomach she has to fight back. So far she’s chosen to abstain.

Yorkshire MP Julian Smith has been facing a very similar dilemma. When Johnson first took power, he moved Smith away from the role of chief whip and handed him the exceptionally poisoned chalice of becoming the minister for Northern Ireland. Within weeks, Smith managed to get political parties that hated each other’s guts to agree to a power-sharing scheme, and got the Northern Ireland Assembly back up and running. It was widely heralded as a genuine achievement and Boris Johnson happily took his share of the credit. Then as soon as the general election was over, he sacked Smith for having been on the remain side in the referendum.

Smith now sits on the back benches and spends quite a bit of his time trying to do lucrative business deals in Northern Ireland. He will have read the words that Boris Johnson signed up to and he knows how important they are to the people of Northern Ireland. His choice is simple. Shut up and vote loyally to break the law in the hope that sooner or later Johnson forgives and forgets and puts him back into a ministerial car. Or vote with his conscience and face up to the reality that the cabal that has taken over the country will never forgive him. He’s also chosen to abstain so far.

Up and down the country Conservative MPs are facing similar dilemmas. If they vote down the lawbreaking clauses in this bill their ambitions, or their lifelong loyalties, are seriously at risk. If they vote for it, their own personal reputation is on the line. The number that opt for honesty as the detailed clauses of this deliberately illegal bill are presented to parliament will be a good guide to the future we face. What does it do to the soul of a person to vote for something that they know is wrong? What does it do to the soul of a country to be led by people who casually lie, cheat and break contracts?

I am reminded of a Bob Dylan lyric from many years ago. “To live outside the law you must be honest.” What happens to a country when its leader lives outside the law and is casually dishonest? It is just possible that the nation will be saved by a large number of Conservative MPs bravely standing up and refusing to compromise with the law and with the truth. I suggest you don’t hold your breath. Or wear any tight, uncomfortable shoes.