Providing PPE is becoming the new Klondike and the scandal appears to be getting dangerously close to the cabinet. 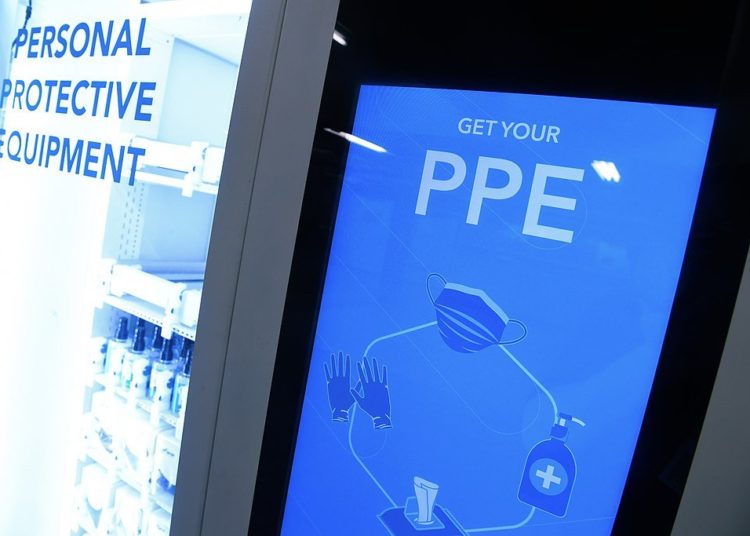 After revealing two extraordinary £108m contracts placed by the government for personal protective equipment (PPE) with companies that have no apparent experience or history of supplying such items, Jolyon Maugham QC seems to have uncovered two more. Providing PPE is becoming the new Klondike and the scandal appears to be getting dangerously close to the cabinet.

All these contracts, worth close to half a billion pounds in total, seem to have been placed at the height of the coronavirus pandemic and were apparently awarded to a single bidder in each instance, without the normal competitive tendering process.

Maughan first exposed a £108m contract placed with Crisp Websites, trading as Pestfix Ltd who had assets of just £18,047 at the time. They were the only bidder. Yorkshire Bylines covered this story HERE.

Soon after, the QC claimed that Clandeboye Agencies Ltd, a wholesaler of sugar, chocolate and sugar confectionery in County Antrim was awarded a strangely similar £108m contract for PPE in two parts, including one for £14.3m and this one for £93.2m. According to Companies House, in March 2019 Clandeboye Agencies Ltd appeared to have net assets of £291,000.

Next, Maugham claims an employment agency called Aventis Solutions Ltd of Wilmslow, Cheshire was awarded this contract for £18.5m even though the company had net assets of just £322 according to their entry at Companies House. But this and the previous two contracts pale into insignificance compared with the fourth – as Maugham tweeted this morning:

But wait, that is nothing.

The Government spent a cool quarter of a billion quid buying facemasks from a rather interesting outfit called Ayanda Capital Limited (again it was apparently the only tenderer). https://t.co/LOoiIFhDrH. pic.twitter.com/MZRa5c0NXW

This is the daddy of them all so far, a contract for £252.5m, again placed with a company that has no apparent history or experience in supplying safety gear.

Ayanda Capital Ltd is a significantly larger company than the others, with net assets last year of nearly £1.9m. According to Maugham, Ayanda is owned by the Horlick family through an entity based in Mauritius, “one of the worst tax havens in the world.”

Maugham highlights a connection between Ayanda and a man called Andrew Mills who, although not an officer of the company, is nevertheless a senior board adviser according to his Linked-in profile. He also claims to be an adviser to the Department of Trade, where Liz Truss is the secretary of state and a member of the cabinet.

But his LinkedIn entry describes him as a Senior Board Adviser. Oh, and an Adviser to Liz Truss’ Board of Trade (which does contain an Andrew Mills). pic.twitter.com/TvxWU6mYon

Assuming all of Mr Maugham’s claims are substantiated, since they were all single-bidder contracts they are likely to have been highly profitable with minimal apparent effort on the part of the four companies named. They would have had to find suppliers, obtain quotes and submit them to the DHSC. Any queries would have been directed to the manufacturers. After winning the contract they would have placed the orders and arranged payments and shipping.

One unknown aspect of this whole saga is how payments were made, to whom and when. International contracts require significant down payments even to get work started. And before shipment the seller would need to have received 90 per cent or so of the contract value in their own bank account; the final payment being made on receipt of the goods.

Usually, this would all be financed or paid for by the intermediary from his or her own funds. None of the suppliers used by the government had anything like the assets or cash available to do that. Unless they used substantial short-term borrowing, the government must have either paid directly or transferred funds to the intermediaries.

These were therefore potentially high-risk contracts had the intermediary or the manufacturer defaulted.

We shouldn’t overlook the fact that all these contracts would never have come to public attention without the existence of the EU’s TED (tenders electronic daily) portal, which publishes details of contracts awarded by public authorities. After Brexit there may be no legal requirement for such continued transparency. Public authorities are not known for mea culpas.

This is not to accuse any of the suppliers involved of wrongdoing. They perhaps saw an opportunity before others and I assume they fulfilled their contracts to the letter. But it highlights the lack of planning and the extreme pressure the government was under to obtain PPE at almost any cost and from any source.

British businesses begin to speak out