The chancellor is to head up a new ‘red tape challenge’ to uncover the elusive bureaucracy that the Tory party has convinced itself must be lurking somewhere in Whitehall. 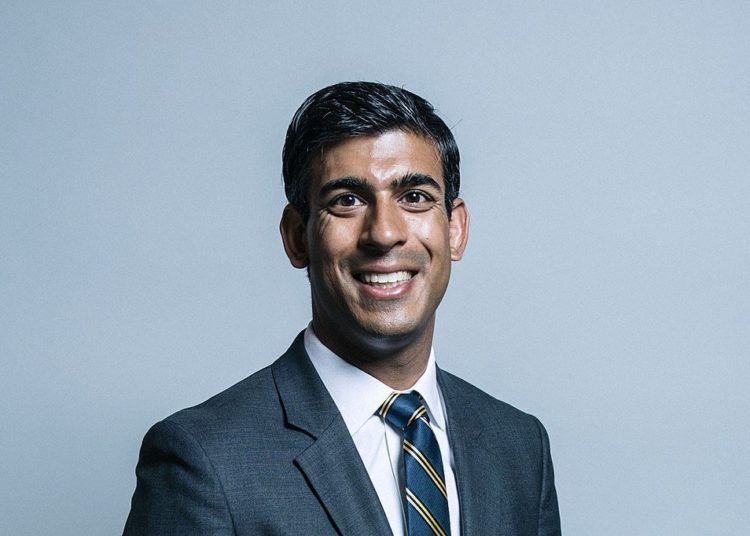 In a move worthy of an episode of Yes Minister, we are told that Rishi Sunak is to chair a Whitehall taskforce to lead a bonfire of EU red tape.

By my reckoning this will be the fourth attempt at slashing bureaucracy since 2010, but the first to coincide with the prime minister himself erecting a mountain of new red tape.

And yet, unlike the others, this ‘bonfire’ is symbolically important in exposing what kind of Brexit we’ve ended up with.  It will show how sovereign Britain dares to be.  Sovereignty, after all, is the ultimate justification for leaving the EU and the bonfire will be a measure of it. Be in no doubt that there will be enormous pressure from the ERG to put on a swaggering display of our newfound freedoms.

It will be a moment of truth for the version of Brexit negotiated by Johnson.

Britain has always had a gilt-complex when it comes to gold plating EU regulations, which David Cameron first tried to address in 2011 with the so-called red tape ‘challenge’.

There were some minor achievements. The size of No Smoking signs was relaxed (no kidding), valets and mechanics were exempted from tests aimed at professional lorry drivers and so on. Small businesses were saved £300m in increased flexibility and audit requirements, about £3,000 for each of the 100,000 businesses. You can see all the red tape cuts on an archive from March 2015.

That clearly didn’t satisfy Conservative appetites, so in April 2017 the privately funded red tape ‘initiative’ (RTI) headed by Oliver Letwin was launched, with the idea of handing over a dossier of “quick wins” to the Business Department. Don’t bother clicking on the link, the website has now disappeared without trace, but you can read all about it on Wikicorporates website.

This failure isn’t altogether surprising perhaps, when you learn one of the bits of “red tape folly” which was “expensive and burdensome for small businesses” was the Construction Products Regulation (EU 305/2011) covering building cladding materials. That was being looked at on the morning of 14 June 2017, the day of the Grenfell Tower fire that tragically demonstrated the need for more regulation, not less.

Sajid Javid in September 2019, presumably to burnish his credentials, announced another Brexit ‘red tape challenge’ to identify EU regulations which the government could “improve or remove” in an effort to “liberate businesses” from an “overbearing bureaucracy”. He had obviously forgotten about the earlier challenge, but it didn’t matter, because he resigned soon afterwards when Cummings wanted to dictate who his special adviser (SPAD) was to be. His attempt never got off the ground.

Now it falls to Sunak who is charged with refreshing “the strategy on making better regulation outside the EU” and cutting red tape for businesses. This is a bit like winning Supermarket Sweep when the shop has virtually run out of stock. It may be the chancellor’s poisoned chalice.

The ERG and many leave voters have been led to believe that after Brexit, there are some big-ticket items potentially on the list. They may be sadly disappointed. Sunak’s room for manoeuvre is strictly limited.

For a potential future leader, he will be walking a very dangerous tightrope. Too timid and the Brexiters will destroy him. Too bold and Britain could face retaliation by the EU and a backlash from the voters.

It comes just a few days after Johnson himself pleaded with business leaders to suggest regulations that might be reduced or scrapped.

His problem is that the Conservative Party has an enduring belief that Britain, one of the most lightly regulated nations in the developed world, is somehow drowning in a sea of bureaucracy. There is never an acknowledgement that regulations are almost always a measured policy response built on extensive and careful consultation. This is especially true of EU regulations.

Johnson needs Sunak to come up with some quick wins, to detract from the masses of new red tape his Trade and Cooperation Agreement has burdened the British economy with. But despite leaving the EU, he is likely to find himself hemmed in at least as much as his predecessors. The awful truth is that Brexit in terms of reducing regulation is just another contradiction.

Before the referendum, Open Europe (OE) produced the top 100 most costly EU regulations that they claimed would save £33bn a year if scrapped. Afterwards, the successor organisation to Vote Leave, Change Britain, went through the list and decided the real total was £1.2bn – and even that mostly included scrapping the Data Protection Act, saving £1.05bn.

Change Britain remember were hardly remoaners, they were high-profile Brexiters including Vote Leave’s former chair, Labour MP Gisela Stuart, Michael Gove, former chancellor Nigel (Lord) Lawson and Digby Jones, former head of the CBI. Even they concluded most of the supposed ‘savings’ were not achievable.

But let’s see how Sunak is constrained in plenty of other ways.

Johnson’s deal with the EU is based on the Canadian CETA, but in terms of regulatory alignment it goes further than the usual Free Trade Agreements. There is a non-regression article which commits both sides to:

“… not weaken or reduce, in a manner affecting trade or investment between the Parties, its labour and social levels of protection below the levels in place at the end of the transition period, including by failing to effectively enforce its law and standards”.

It also says, “The Parties shall continue to strive to increase their respective labour and social levels of protection referred to in this Chapter”.

The 2019 Conservative manifesto, on which all 365 Tory MPs stood, may not mean that much to Johnson but it commits the party to “legislate to ensure high standards of workers’ rights, environmental protection and consumer rights”. This is in addition to Johnson’s repeated personal assurances that he will not water down workers’ rights.

Around 50 or more Tory MPs have organised themselves as the Northern Research Group (NRG), described as “a trade union for northern MPs” and said to represent the “biggest threat to Boris Johnson’s authority since he came to power”.

Any diminution of workers’ rights would not be well received by those desperate to hang on to their newly won so-called Blue wall seats.

Trade unions may not be the force they once were, but Sunak would do well to be careful not to annoy them too much. OE’s top 100 costly EU regulations included the Working Time Regulations 1998 and the Agency Workers Regulations 2010, as well as the Employment Equality (Age) Regulations 2006 and even the Sex Discrimination Act 1975 (now incorporated into the Equality Act 2010). They look unlikely targets.

TUC general secretary Frances O’Grady said, “The government promised that it would strengthen workers’ rights – not weaken them”.

Scrapping this sort of stuff – as Biden reconnects the USA with the Paris Climate Accord and as Britain hosts the COP26 presidency in Glasgow later this year – may not be seen as very helpful, so they’re probably untouchable.

And as with labour rights, it commits the government to “strive to increase […] environmental levels of protection”.

The greater the divergence, the greater the friction and the more apparent the sea border will become. This in turn may make a border poll more likely and bring Irish unification that much closer.

The Holyrood elections come up in May and the SNP expects to do very well. Preventing #indyref2 may be a forlorn hope now, but if Johnson has any ambitions to keep the union together, he will not want to upset Scottish voters by cutting employment rights or environmental standards.

The Trade and Cooperation Agreement has already imposed a massive additional burden on British industry, already struggling to cope with the impact of Covid-19. The government has announced new UKCA standards to replace the old CE mark, and any further regulatory changes will simply add to their difficulties.

Most businesses complain about keeping up with changes and maintaining two parallel systems of standards will be costly anyway.

Export-facing industries do not want to see huge divergences that add to trade barriers and make them even less competitive without offering any advantages.

The Trade and Cooperation Agreement does not include anything for the UK’s financial services or growing fintech industry. Talks are set to begin on a non-binding memorandum of understanding to give the sector something more than the EU’s basic and unilateral ‘equivalence’ decision that can be withdrawn with just 30 days’ notice.

The EU has been reluctant to offer any assurances about access to the single market, since it has concerns about how UK regulations may diverge in future. We cannot afford to rock that particular boat.

Taking all of this into account, the conclusion must be that Sunak is not going to build any great bonfire and will struggle to find any kindling. In fact, the BBC yesterday carried a report that in the endeavour, the UK government is not going to “deliberately antagonise its biggest trading partner immediately after the Brexit deal”.

The ERG will be unhappy, but this is the sad reality of Brexit. It has probably all been for nothing and we will forever be trying to avoid antagonising our biggest trading partner.  Welcome to Vassaldom.