Sunak is neither the people's chancellor of Conservative media, nor the evil banker of the online left. His budget reveals him as a product of inoffensive corporate Britain: with no courage to cause controversy among the various constituencies of the Conservative base, it has little to offer business or the country. 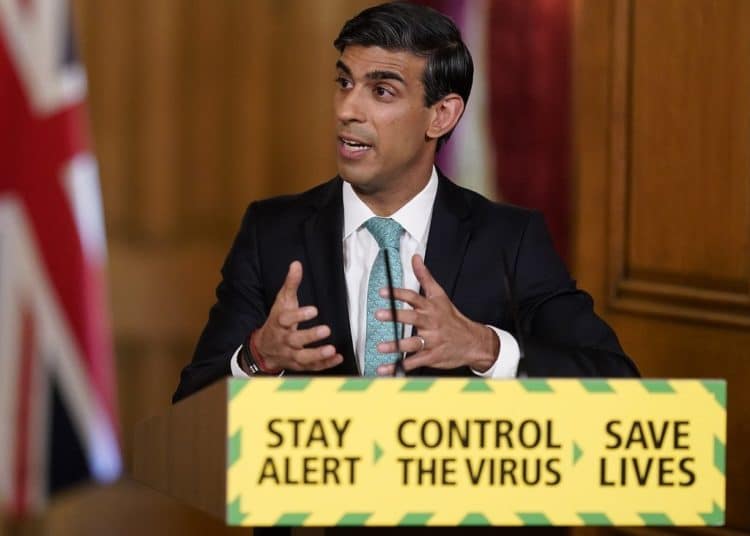 Like most politicians, Rishi Sunak is viewed by different sections of society in different ways. Much of the country sees him as the (quite frankly problematic) “Dishy Rishi”, a charismatic chancellor who gave everyone free money and half-price Wagamamas. For those on the left, he is an evil banker from a £40,000-a-year private school, dedicated to cutting universal credit and starving schoolchildren.

As with much of politics, the truth lies somewhere in the middle. Sunak was without a doubt a man raised in privileged circumstances, and who attended Britain’s top institutions. But he is also the first chancellor of any tenure to truly represent 21st century corporate Britain, and his leadership is full of its trademarks.

Sunak knows the importance of branding: with an expensive PR team, and a slew of photo-ops, he is one of the few politicians known to much of the public on first-name terms. A key part of this brand is a general sense of inoffensiveness, rarely speaking in terms of ideology, preferring bland messages of responsibility and care, and keeping a level head more than many of his Conservative colleagues.

Curiously, this can be seen in Sunak’s colour palette. While most politicians parade their party colours on promotion, Sunak is often keen to associate himself with inoffensive colours. Rarely will you see him decked in Conservative blue, more often in corporate greys, or pastels, with the odd splash of colour.

Sunak’s budget likewise reflects his image style: bland, conformist, with just enough small splashes of colour to draw attention to the right places. Yet inoffensive politics breeds poor policy, and Sunak’s budget represents a series of concessions to various parts of the Conservative Party, rather than a cohesive document. As such, it is incoherent economically, and risks hurting our chances at recovery.

His planned freeze of the income tax threshold is a perfect example of this. Hemmed in by the Conservatives’ ‘triple lock’ manifesto guarantee not to raise income tax, VAT, or national insurance contributions, playing with these thresholds is one of the few ways that the chancellor can appease both northern MPs demanding spending rises, and fiscal hawks obsessed with the idea of balanced budgets.

The plan, however, makes no economic sense, and will hurt someone earning £20,000 far more than it will someone earning £120,000, while raising minimal revenue in the long-run. Could Sunak break the triple lock? It’s certainly something which he could sell to the public, given the unprecedented times. His decision not to is instead a move to appease the party, rather than the country.

Similarly, Sunak’s decision to raise corporation tax to 25 percent in 2023 is both a fig leaf to MPs demanding a more left-wing economic stance, and a concession to the opinion among most economists (including the shadow chancellor Annelise Dodds), that now is the wrong time to be implementing such a raise. It is a politically painless can-kicking exercise, designed for media coverage more than for revenue-raising.

Meanwhile, his support packages represent an attempt to both appease business while not offending these same fiscal hawks. £300m packages to “save summer sport” and to help the arts, are but a drop in the water to industries that are worth £23.8bn and £10.8bn respectively. Likewise, while the £5bn grant to help high streets is beneficial, the £18,000 maximum (about two weeks’ turnover for most pubs) on how much businesses can claim, restricts how effective it can truly be.

His ‘splash of colour’ in this budget is the introduction of eight freeports: low-tax zones designed to encourage entrepreneurship and innovation. This is a policy supported by Northern Research Group chair Jake Berry in his Northern Big Bang report, and one that will appeal to much of the prime minister’s libertarian Britannia Unchained cabinet.

Yet, much like other bright corporate words, it is all but meaningless. As Jane Thomas wrote yesterday, the seven freeports built in the UK from 1984 to 2012 produced no material benefit, and OECD research shows that most businesses, rather than creating new jobs, simply move existing ones to the area to benefit from the associated tax cuts. When combined with concerns that they can be used for organised crime and money laundering, the idea becomes downright dangerous.

Responding to the news of a freeport being announced in Teesside, Tees Valley mayoral candidate Jessie Joe Jacobs responded:

“Freeports are not new. We have had them before and they weren’t a game changer then. They tend to move jobs rather than create them.”

Dr Stella Perrott wrote this morning that the pandemic has exacerbated inequalities. In 2020, the world’s billionaires grew their fortunes by 27.5 percent to £7.8 trillion, while already 700,000 people in the UK have been driven to poverty by the crisis, a number that will only increase as furlough winds down.

A tax on digital sales, for instance, would be an easy way to remedy this inequality, and has been seriously considered by the Treasury. Online retail has boomed during covid, and skimming some of these profits might easily provide funds to help boost industries which will be in recovery. But Sunak, whose father-in-law is currently working on a £900m joint venture with Amazon, has shelved these plans.

Similarly, a tax on wealth or a ‘mansion tax’, have been put forward as potential ways to undo some of the harm done by the virus. Yet the chancellor, himself the richest MP and owner of both a £7m Kensington townhouse and a £1.5m home in North Yorkshire, which he bought so that he could claim to represent Richmond, has shirked from raising such taxes on himself.

If Sunak truly wanted to encourage growth, he could have put cash into the hands of those who will spend it the fastest: the unemployed. But our benefits system as it stands is the least generous in the OECD, when it comes to replacing lost earnings, while Sunak’s increase to the Living Wage is the smallest in eight years. With in-work poverty at a record-high, the answer to why the economy fails to recover cannot be solved with mini tax havens, but in giving the people of Britain the means to spend.

Instead, his budget is bland and relatively meaningless, offering little to help the economy recover, or to redress the economic inequalities from which he is a considerable beneficiary.