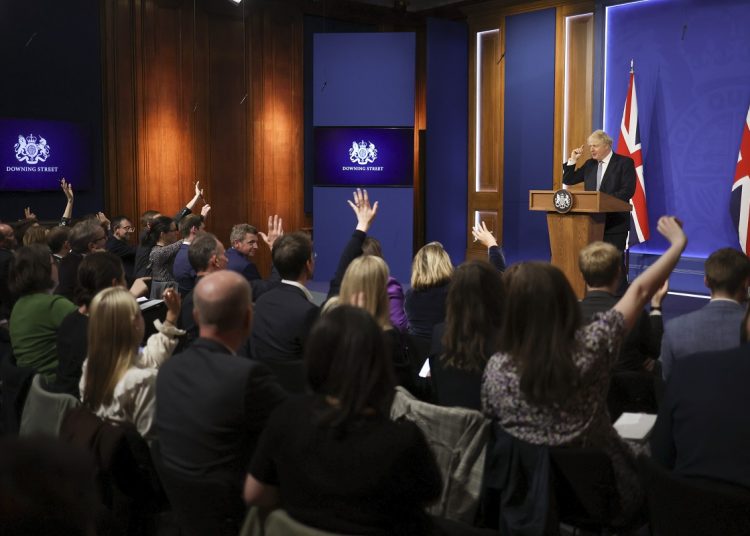 25/05/2022. London, United Kingdom. Boris Johnson-Investigation into Alleged Gathering. The Prime Minister Boris Johnson during a press conference in No9 Downing Street after the release of the findings of the Second Permanent Secretary's investigation into alleged gatherings on Government premises during covid restriction. Picture by Andrew Parsons / No 10 Downing Street

Anyone familiar with the working style of the British civil service – or indeed any watcher of past episodes of Yes Minister – should be able to spot the key part of Sue Gray’s report on what the media call ‘partygate’.

Inside the mind of Sue Gray

To be sure, the report gives evidence – chapter and verse – that the people who run the country from Downing Street and Whitehall behaved as if did not matter whether they followed the covid rules they set for everyone else. And fair enough, the media have run with this angle.

But in four key paragraphs, on pages 31 and 32 of the report, in careful civil service prose, Gray’s report points to something that, reading between the lines, she considers to be even worse.

This is a damning criticism from a civil servant of Gray’s calibre and seniority. (Remember Oliver Letwin’s only-just-light-hearted remark, made before Gray was a household name, that when in Cabinet it took him “two years before I realised who it is that runs Britain”, adding: “Our great United Kingdom is actually entirely run by a lady called Sue Gray. Nothing moves in Whitehall unless Sue says so.”)

Gray’s damning indictment of those who lead us

The punch Gray really wants to land in her now famous report is about the type of people Boris Johnson has placed at the heart of government.

This is what the report’s key paragraphs have to say about the party outside the Press Office on 18 December – the one with a secret Santa, and a quiz (emphasis added):

“Some work did take place in the Press Office and No 10 whilst this event was underway, in relation to the ongoing negotiations on a trade deal ahead of the UK’s exit from the EU scheduled for 31 December 2020; and on the emergence of the Delta variant of Covid 19, raising issues of what Covid restrictions would be necessary over the Christmas period with announcements being made the next day. A number of senior members of the Press Office attended or observed relevant meetings and discussed follow up action.

“The event … took place in the same space as the leaving event on 27 November 2020, in the area just outside the No 10 Press Office.

“There was food and alcohol available which had been bought and brought in by staff. Some members of staff drank excessively. The event was crowded and noisy such that some people working elsewhere in the No 10 building that evening heard significant levels of noise coming from what they characterised as a ‘party’ in the Press Office. A cleaner who attended the room the next morning noted that there had been red wine spilled on one wall and on a number of boxes of photocopier paper.

“The event lasted for several hours, with varying levels of attendance throughout, including because officials left to attend official meetings.”

Note the mention of the trade negotiations, and of the emerging Covid-19 Delta variant. This is the only time in the whole report that issues to do with the actual business of government are mentioned. 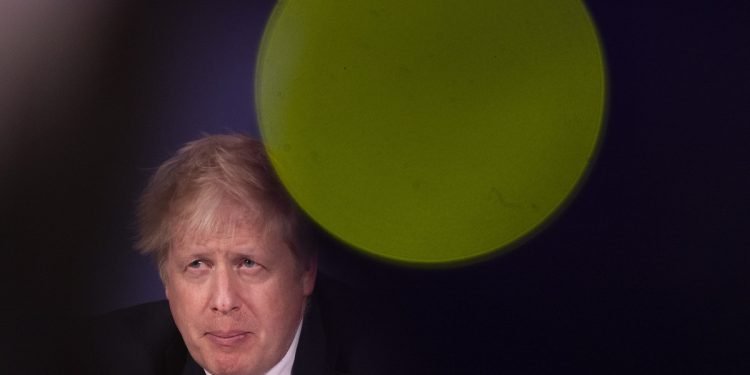 A skilled civil servant like Gray does not do that accidentally. Why does she choose to mention them here, and only here? Why does she mention the varying attendance at the party because officials ‘left to attend official meetings’? She tells us what those meetings were about. Note that they are big issues, and big issues that need immediate action against deadlines – the Christmas covid rules, and the end-of-the month trade deal with the EU that was the culmination of the first four years of the Brexit drama.

She mentions them at this point and in this way because she wants to juxtapose the conduct of serious government business with the alcohol-fuelled party. To draw attention to the fact that the people who are engaged in deciding how to handle these issues, at the highest level of public policy, were popping in and out of a social event. She does not say they were drinking there too, but she doesn’t exclude it, and leaves the reader to surmise.

She is talking about her bosses here, the top civil servant, Simon Case, and the leader of the government, the prime minister. The 148 Conservative MPs who voted ‘no confidence’ in the prime minister have taken this message to heart.

Simon is an energy specialist with wide international experience of both government and the private sector. His research and advisory work have seen him based in Paris, Oxford, and Brussels, and take him frequently to Moscow, Washington and Berlin. He now lives in Bradford, his home town and first love.