‘Stay home, Save Lives’ just isn’t working for some people - including our prime minister. In a bid to make sure we all know which caped hero has come to the rescue with the vaccine, Boris Johnson today visited the Al-Hikmah Centre in Batley, one of the vaccine hubs recently opened in Yorkshire. 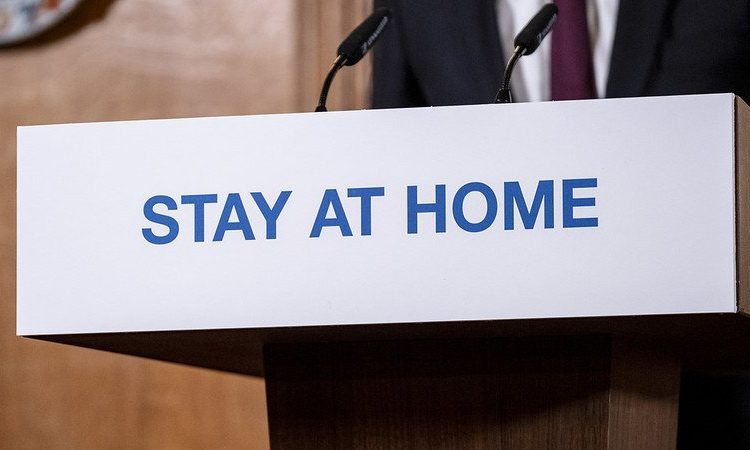 ‘Stay home, Save Lives’ just isn’t working for some people – including our prime minister. In a bid to make sure we all know which caped hero has come to the rescue with the vaccine, Boris Johnson today visited the Al-Hikmah Centre in Batley, one of the vaccine hubs recently opened in Yorkshire.

There is some irony already in this. The success of the vaccination roll out is down to the tight operation and networks of those professionals on the ground and little to do with central control. The prime minister could, of course, more rightly lay claim to the failure of test and trace and the world-beating death rates from the virus. But not on this occasion.

Hugh Gouldbourne, chair of Kirklees Diversity Innovation Network, said of the visit “I am really pleased that the prime minister has been in Batley today to support the incredible council-led roll out of the vaccine across Kirklees. It’s been remarkable to see the work that local people at the Al-Hikmah and other community centres have been doing in recent times. I hope that this visit has shown Boris Johnson that we are stronger together in the fight to protect our communities against this pandemic”.

Johnson’s visit comes hot off the heels of his controversial trip to Scotland last Thursday, when First Minister Nicola Sturgeon suggested he was unwelcome as his visit was non-essential. But in terms of rallying the Tories performance in Scotland, it may have been regarded as vital. The visit came just five days after polls suggested a further increase in support for independence for Scotland. MP Tommy Sheppard (SNP) wasted no time in telling the Commons:

“This gallivanting is a blatant piece of electioneering while most are focused on fighting covid. But the real tragedy is that his actions will undermine the public health message which we all need to succeed.”

No doubt Johnson, feeling the wind in his sails, is impervious to demands to stay home when he can don some PPE kit and flash his blond locks in front of the local media. A trip to Batley though is an interesting choice. It lies within the local authority area of Kirklees, which ranks mid-table in infection rates in the Yorkshire region with 235.8 cases per 100,000 people.

It is also part of West Yorkshire, which will be electing its first city region mayor in May. The contest, likely to be tight between Labour and the Tories, is taking place in the heart of the red wall seats battleground. If Labour are successful, it will create a by-election, as the Labour candidate happens to be sitting MP Tracy Brabin, MP for Batley and Spen. Suddenly the surprise visit begins to be no surprise at all.

Electioneering or not, Johnson has been keen to make hay whilst the vaccination rate sun shines. Yet, despite the good news of vaccine uptake of over nine million people – with all residents of care homes having been offered their first dose of the vaccine – there are still many gaps.

According to The Guardian today, some of the largest care home providers are claiming that many of their staff have not yet received a covid vaccine, with some claiming the figure is as low as just 20 percent. The largest operator of not-for-profit care homes, MHA, reported that 40 percent of its staff had not received their first jab and Barchester, a 15,000 beds operation, said about 30 percent of staff still needed the jab.

Care home providers also expect a battle with the government over the timing of the second jab. At a meeting at the weekend, officials were urged to accelerate the timetable for its delivery, from 11 or 12 weeks after the first jab to three or four weeks, as was originally planned. But either way, Downing Street has indicated there will be no change to the rules on care home visits, until there’s a plan for changing other lockdown rules.

The prime minister used his time in Batley to float the prospect of summer holidays for us all, promising more details about the way ahead would emerge on 22 February.

“I don’t want to give too much concrete by way of dates for our summer holidays. I am optimistic – I understand the reasons for being optimistic – but some things have got to go right”, reported the BBC during the visit.

There’s a lot for the prime minister to get right before any elections in May and the current good news has to be tempered by increased frustration over extended lockdown, schools closed and an eye-watering death rate. Electioneering or not, it will be interesting to see exactly what the good people of Batley remember this prime minister for when they come to make a choice at the ballot box. Like Trump, Johnson may feel happiest on the stump but there is a lot still that could stump him.