Starmer has reshuffled his Labour cabinet with people who have a track record of holding the government's feet to the fire. 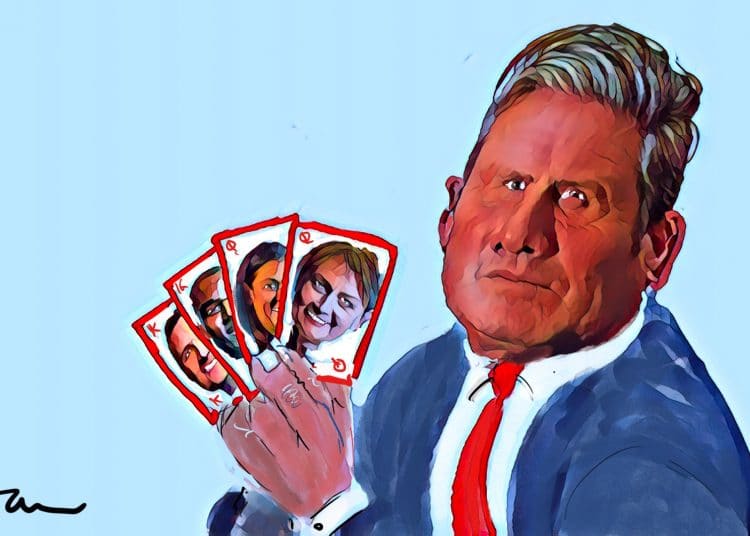 Yesterday’s shadow cabinet reshuffle by Sir Keir Starmer featured a number of notable promotions and demotions that will significantly change Starmer’s operation. It went further than expected and will ruffle feathers, especially on the left.

Starmer has often been criticised as a man who would be a decent prime minister, but who is ill-suited to the attention-grabbing politics required of the leader of the opposition. His shadow frontbench team has also been criticised for not taking advantage of some low-hanging fruit when it comes to scoring points against the government (with the notable exception of Yvette Cooper in her role as chair of the home affairs select committee).

This reshuffle could change all that. The new team contains individuals with much stronger profiles, who have shown an ability to navigate both the Chamber and the media. And it shows a leader who may finally feel more confident in having some big beasts around him.

The most telling of these moves has been the demotion of Nick Thomas-Symonds in favour of Yvette Cooper. While ‘NTS’ had been a long-time Starmer loyalist, and a competent shadow home secretary, his inability to land significant hits on the home affairs brief had led to speculation in advance of the reshuffle that his job was on the line. The obvious choice for Starmer as shadow home secretary has always been Cooper – but her experience and own previous leadership hopes may make her harder to manage.

Similarly, Emily Thornberry (now shadow attorney general) and Ed Miliband (now shadow climate change and net zero) have been retained on the cabinet, despite their difficulties with the leadership. Yet their competency, not just at the despatch box but also on the media circuit, is undeniable. Miliband’s assured performance when he stood in for Starmer at PMQs was a breath of fresh air.

However, the reshuffle also moved a number of individuals into briefs for which they are not necessarily suited. David Lammy, for instance, has shown far more interest in domestic politics than foreign affairs, while Lucy Powell’s new brief (shadow culture secretary) is her third in 2021. But she’s a strong media performer and is now in a public-facing role that will play to this strength, as is Wes Streeting (shadow health and social care). 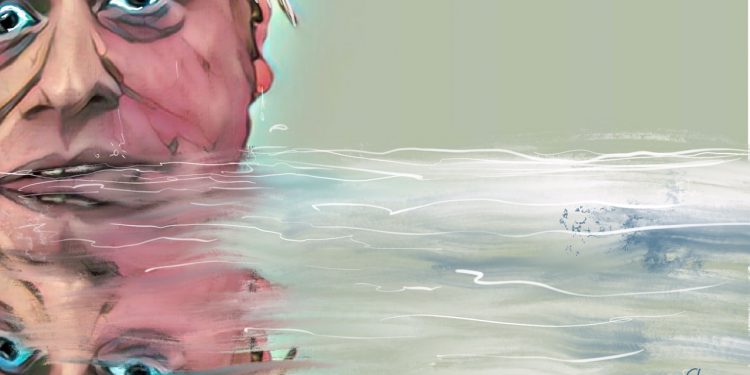 The next dividing lines for Labour

This reshuffle therefore shows an awareness of the reality that the shadow cabinet is not necessarily formed of ministers in waiting, but rather, effective spokespeople hired to hold their opposites to account.

Starmer said in the aftermath of the reshuffle:

“With this reshuffle, we are a smaller, more focused shadow cabinet that mirrors the shape of the government we are shadowing.”

The move demonstrated a clear indication to include individuals with a track record of holding the government’s feet to the fire. It also gave an indication of how the opposition will shape up in the run up to the general election. Dividing lines will become sharper – Cooper will no doubt exploit the government’s inability to reduce crime numbers or resolve what’s happening in the channel. Lisa Nandy’s work on towns will challenge the government’s record on levelling-up.

Similarly, giving Miliband a broad-spanning climate brief that doesn’t shadow a government minister directly, not only provides an additional spokesperson to speak on the climate emergency, but also indicates that Labour is keen to be seen as more serious than the government on the environment.

The interesting position will be Lammy’s promotion to shadow foreign secretary. Lammy, an arch-remainder, has always been vociferous in his disdain of Brexit. He is unlikely to be timid in any discussions over trade deals that do not fulfil what Brexit promised. The likelihood of spats between him and Truss are inevitable, and the foreign secretary will have to up her game because Lammy will not hold back.

The end of the Corbyn era

The timing of this reshuffle was a little suspect, coming as it did on the day when Angela Rayner, Starmer’s deputy, was making a key speech on cleaning up politics. There is little love lost between the two, with continuing speculation about her future now, as the last bastion of the Corbyn left. This role is directly elected by the membership though, so Starmer has no choice but to live with it.

This reshuffle has undeniably seen the promotion of those on the centre or the right of the party (Yvette Cooper, Bridget Philipson, and Wes Streeting). It also marks the end of needing to keep Corbyn loyalists within his team (Jon Ashworth and Kate Green, for example). In addition, Cat Smith’s departure as shadow minister for young people and democracy marks the final severance of ties between the Socialist Campaign Group and the shadow cabinet. Smith was seen by some as a talented frontbencher, having taken on successive ministers over the elections bill. But she goes, as does that post.

A rebrand for the general election?

Will it be enough to turn around the fortunes of the Labour party in time for a general election, expected now in 2023? This frontbench team will undoubtedly be more vocal and more confident in taking the government to task. It is made up of individuals who have been quite happy to launch into searing attacks on this government’s performance.

It suddenly makes the Labour party more interesting. Who cannot fail to be excited by the double bill of Lammy vs Truss and Cooper vs Patel. Get the popcorn ready.

It’s an uphill task for Labour. The party is still not yet polling at 40 percent and it may take more than despatch box spats to cut through. It’s also a brave move by Starmer. There are people now in the shadow cabinet who fancy the top job (such as Streeting), and two who have previously stood to be leader of the party (Cooper and Nandy). Yet he could not continue with the team he had. This could still be the making of Starmer – and Labour. It’s whether it’s enough to be the undoing of the Tories.