Successive UK governments have had, at best, short-sighted housing policies for decades. 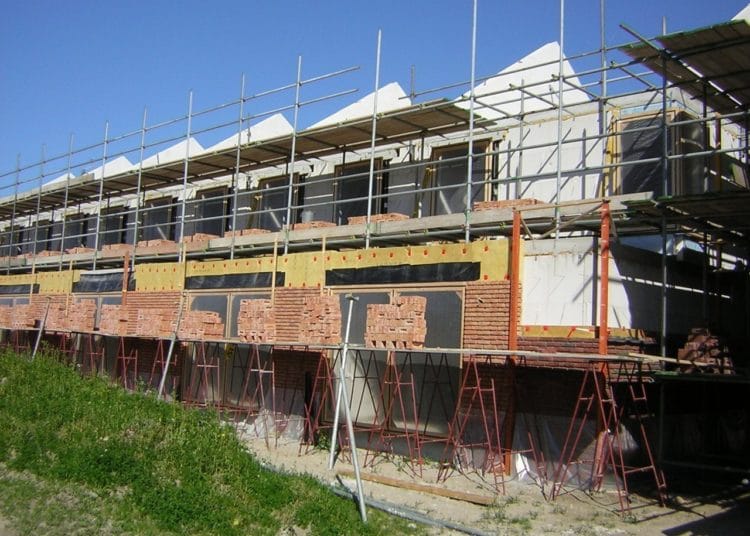 Photo by Hing-Cheung Li from FreeImages

Part one of ‘Social instability? It’s on the house!’ is available HERE

Successive UK governments have had, at best, short-sighted housing policies for decades. Despite all the promises and white papers, programmes of house-building, bank lending, and false starts, headlines over recent years have talked of a housing crisis. The population’s getting older, house ownership is in decline, rents are still sky high and homelessness remains an embarrassment in what is often claimed as the fifth richest country in the world.

To combat this, Boris Johnson has announced a programme of build, build, build. Quite how this is going to act as a silver bullet without rent controls, enforced percentages of social housing, better lending systems, penalties for multiple home ownership (holiday homes have increasingly been seen as a blight on rural communities), more equitable tenancy agreements, et cetera, et cetera, remains a mystery.

Perhaps his announcement has something to do with the fact that the Conservatives have received donations of over £11m from some of the UK’s biggest property developers. In light of reported rampant government cronyism, forgive me if I maintain a degree of cynicism.

The man in place to deliver on the new housing policy is of course housing secretary Robert Jenrick, a politician for whom the word “embattled” seems to have been coined as a title, so used has it become in reports of his endeavours. He is one of that new breed of MP who would be anonymous were he not embroiled in one scandal or another. In Jenrick’s case, he came to prominence as the MP who had dinner with the ex-porn baron turned ex-head of Channel 5 turned ex-proprietor of the Daily Express turned current property developer, Richard Desmond, and seemingly agreed to waive through a planning application for a new housing development in something of a hurry, thereby saving the Tory donor Mr Desmond £45m in tax. The property scheme in question had been under fire before the build was granted permission, and it’s here that a good old dose of cynicism appears highly justified, if not mandatory.

Two pertinent facts: one, the scheme had previously been turned down by the planning inspector on the basis that it was not going to provide an adequate proportion of affordable housing; and two, the £45m tax in question would have gone direct to Tower Hamlets, one of the poorest boroughs in the country. Robert Jenrick waived it through in exchange for a (rather paltry) £12,000 donation, a bit of backslapping and a shared plate of rubber chicken at a fundraising dinner. The man who is going to fix the housing crisis, ladies and gentlemen.

Johnson and Jenrick’s new housing plan is also coming under fire over its new planning rules, which, opponents say, will drastically reduce the amount of social housing available due to the scrapping of the so-called Section 106, the system that delivers around 50 percent of current social housing. Jenrick (naturally) refutes this, calling the criticism “nonsense”, just as he had earlier described criticism of the visit he made to his parents’ Shropshire home having spent much of lockdown in Herefordshire, rather than London. But when a Johnson plan comes under attack from the Daily Telegraph, as this one has amid fears that developers will ride roughshod over communities and be able to act with impunity, you know there’s something seriously wrong with it.

All of this sounds like developers’ prices will remain high, a lack of social and affordable housing will remain a problem and little will be done to fix a broken housing market. So why are UK property prices so out of step with the nation’s income? One theory is the ripple effect, whereby prices in the capital affect those in outlying boroughs which in turn roll out across the country; in short, we’re all being affected when an oligarch pays £50m for a Park Lane penthouse. And that is something that has been happening more and more. As long as five years ago, reports of London property being used for money laundering purposes were surfacing. Last year the National Crime Agency ordered investigations into the purchase of three London properties apparently worth £80m, and many major cities across the UK, including Leeds and Sheffield, have property that has been bought “off-plan” by overseas buyers only for it to remain empty. No wonder prices remain unattuned to local wages.

So can Johnson and Jenrick deliver? To be honest, the signs aren’t good. The scandals surrounding the housing secretary show no signs of going away and the prime minister seems to be more enthralled by his Russian friends than ever, going as far as elevating Evgeny Lebedev to the House of Lords. And this when London is referred to as Londongrad in some quarters, suggesting a less than wholesome relationship between the capital and overseas money. Following the release of the Russia Report last month, measures are being considered to curb the arrival of Russian money into Britain. But what with dodgy donors, our own seemingly corrupt politicians and a broken housing market, it all seems too little too late. A radical overhaul is needed to rebalance the residential property market into something that works for the entire country. And that requires a more forward looking, long-term approach than we’re likely to get any time soon.