Social instability? It’s on the house! (part one)

For too long that most basic of provisions, a roof over one’s head, has been seen as “an investment” rather than a home, a sanctuary. 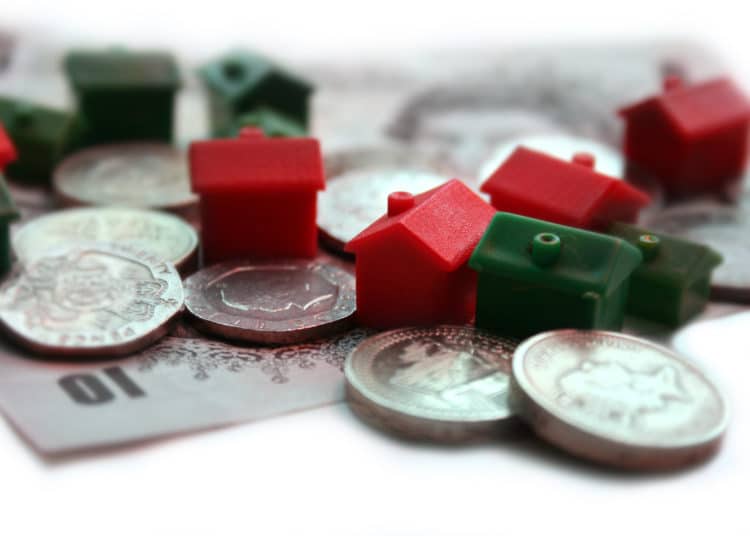 Photo by James White from FreeImages

Home, they say, is where the heart is. Quickly followed by “I wonder what this place is worth?” For too long that most basic of provisions, a roof over one’s head, has been seen as “an investment” rather than a home, a sanctuary. And increasingly, it’s the politicians who are rubbing their hands at the value of bricks and mortar.

But first, a whirlwind tour of UK housing over the past century. A hundred years ago less than a quarter of UK property was owner-occupied. And interestingly, those who owned weren’t all toffs and the upper crust. All those quaint little terraced cottages that are now lovingly extended and gentrified were often owned by artisans, by miners or mill workers, people who saved through building societies (think Bradford and Bingley, the Halifax, the Leeds Permanent, etc) to buy their own home. The interwar years saw home ownership rise to around a third of the UK population and the notion of owning one’s own house became the totem for prosperity and security for all governments.

From the late 1950s, a combination of increased prosperity and relatively low house prices saw ownership increase, encouraged by governments who saw home-owning as the path to social cohesion and equality. And then in the 1980s, everything changed.

First, in 1980, came The Housing Act, which contained a thing called Right to Buy. This allowed tenants of council properties (what we’d now call social housing) to buy their property at a 33 percent discount versus market rate for a house, and a 44 percent discount for a flat. Which on the one hand sounded like the pathway to prosperity for many. Except once bought, there was little governing the property’s resale (a limited level of the discount was repayable if the property was sold within five years; there was no requirement beyond that period). And once sold, that was one less property available to rent for those who couldn’t afford to, or didn’t want to, buy their own home.

The Conservative government also greatly reduced public sector house-building, which had peaked under the previous Labour government in 1976/77 at 163,000 properties. A report by the Building Societies Association in 1993, Housing in Britain, claimed that by 1982 this figure was 51,000. A decade later it was 29,000. Changes to the rules surrounding building finance meant that local authority house-building was all but wiped out between 1982 and 1992.

The double whammy was provided by the New Building Societies Act of 1986. Building societies had been around since 1775. They were governed by strict rules in terms of what they could and could not do, what interest rates they could charge and how they could lend. With a new, rapidly growing private housing sector, existing legislation governing mortgages and building societies was deemed too restrictive. Suddenly, building societies could act like banks. Indeed, many converted into banks, or were bought by the banks themselves. The period of mortgages as part of a rapidly deregulated banking sector had arrived.

Of course, there were people who played the system. In 2013, the Daily Mirror reported on Charles Gow, who had bought 40 of the 120 council properties put up for sale under the Right to Buy scheme in Roehampton, South West London. Charles Gow’s father was Ian Gow, who was said to be a close friend to Mrs Thatcher and served as minister of state in the Department of the Environment and Housing between 1983 and 1985. It was estimated in 2013 that around a third of all properties sold off via Right to Buy were by then in the hands of private landlords.

However, under these policies home ownership grew from 55 percent in 1980 to 64 percent in 1987 and to 67 percent in 1990, by which time 1.5 million council homes had been sold. And banks were keen to lend – 110 percent mortgages were not uncommon, with interest rates through the 1980s at what now seem eye-watering levels of between 8 and 14 percent. The ownership peak came in 2003, by which time 71 percent of homes were privately owned. Then things started to go backwards.

Today around 64 percent of homes in the UK are owned, either outright or via a mortgage (in Yorkshire and Humberside the figure is marginally below this). A Guardian report back in 2017 put that as the lowest figure for 30 years. An aging population (by 2025 nearly a third of North Yorkshire’s population will be aged over 65, for example) has seen owned-outright properties overtake mortgaged ones for the first time since the 1980s and the cost of housing has soared. The money market crash of 2008 forced banks into being far more stringent with their own lending criteria; demands for deposits of 20 percent from first-time buyers are not uncommon, with those who can “only manage” 10 percent being locked out of the market.

The alternative, then, is rental, As we’ve seen, the amount of social housing available has fallen to around 17 percent of housing stock; which leaves private rental as the only option for many, leading to a huge boom in profits for private landlords. The government’s own housing report of 2017/18 stated that for a couple paying a mortgage, average per month housing expenditure would be around 18 percent of household income. That figure becomes 30 percent for social housing renters. And for those with a private landlord? 41 percent.

And households in the private rented sector are getting older. Between 2007 and 2017 the proportion of 45–54 year olds renting property increased from 11 percent to 16 percent, while for 16–24s it dropped from 17 percent to just 12 percent.

So we have a housing time bomb. An aging population, relying more heavily on rented properties, with rents at ever more unsustainable levels and a forecast for increased unemployment as a result of both coronavirus and Brexit. We are potentially reaching a housing tipping point; which is (partly) why Boris Johnson announced Build! Build! Build! in his recent “new deal” speech. In part two, we’ll look at Johnson’s housing secretary, Robert Jenrick, the man who is going to have to deliver on the housing promises.