Boris Johnson’s promises to ‘level up’ regions has led to expectations being raised – and when there is no evidence of that happening, questions get raised instead. 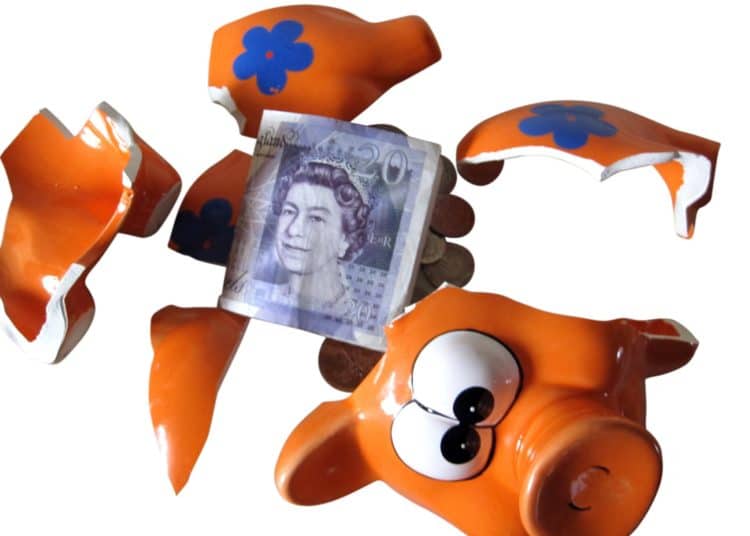 "Smashed Piggy Bank" by Images_of_Money is licensed under CC BY 2.0

“Smashed Piggy Bank” by Images_of_Money is licensed under CC BY 2.0

News that cash promised by the government to some of the most deprived parts of the country is not forthcoming is no surprise. Boris Johnson’s promises to ‘level up’ regions has led to expectations being raised – and when there is no evidence of that happening, questions get raised instead.

Over the weekend, the Independent reported that promises to replace EU grants once we had left the EU have not materialised. The English regions were awarded £1.12bn from the EU in 2018, claims the paper, but for 2021/22 the government is making just £220m available for the whole of the UK. Therefore, there is a shortfall of £1bn.

EU funding is starting to tail off

Whilst I’m no apologist for the government, this is not quite accurate. Organisations that agreed a funding programme with the EU before the end of the transition period will keep receiving EU payments – in some cases up to the end of 2023. What is happening now is that funding is starting to tail off – hence the £220m made available in 2021/22 is to act as a top-up. In other words, claims of a £1bn shortfall this year are not quite accurate.

The government has promised that it will replace these much-needed funds. According to the Institute for Government, the government will launch a new UK Shared Prosperity Fund (UKSPF) to replace these EU fund in April 2022. This autumn, a UKSPF investment framework is planned to be published, followed by further detail on financial allocations in a full spending review.

Indeed the 2020 spending review said the purpose of the new UKSPF would be “to level up and create opportunity across the UK for people and places”. So really, why worry.

Well for a start, the government has form on this. And it’s not good.

No sign yet of the UK Shared Prosperity Fund

Back in 2017, the government announced that EU funding would be replaced by the UKSPF, with a commitment to holding a consultation on its design in late 2018. The 2019 election manifesto from the Conservative Party also pledged to “at a minimum match the size of [structural] funds in each nation”.

But since then, there has been no meaningful consultation and very little detail. A House of Commons Library paper on the EU Structural Funds published in May this year had this to say:

“Meanwhile, work continues on the UK Shared Prosperity Fund. An investment framework for the Fund was promised ‘in the spring’ at the Spending Review last year, but the [UK Community Renewal Fund’s] prospectus seems to have pushed it back to ‘later this year’. It is currently unclear when this will be.”

Since leaving the EU, many have been asking what’s going to happen to the dosh. The Brexit Civil Society Alliance has expressed concern about the lack of movement and the uncertainty for many on the frontline in receipt of EU funding, saying that groups can no longer plan for future activity.

Funding uncertainty and the impact on voluntary organisations

In July last year, the National Council for Voluntary Organisations and the Employment-Related Services Association, umbrella bodies representing charities, sent a letter to the new prime minister urging him to confirm that the new fund would provide support for disadvantaged groups and communities. There has been nothing since.

This money is not ‘nice-to-have’ money, it is vital for many services. For many communities it is a lifeline. For example the European Structural Fund (ESF) is the main source of funding in Northern Ireland for organisations who support those with disabilities into education, training and employment according to NIUSE (Northern Ireland Union of Supported Employment), the umbrella organisation providing employment opportunities for disabled people.

It is also a crucial key to helping to ‘level up’. EU structural and investment funds have provided targeted support in parts of the UK for economic development and to reduce social and economic inequalities. For the last couple of decades, the funding provided by ESF – one of the five EU structural and investment funds available – has provided critical support to many of the most disadvantaged and vulnerable members of society.

It’s been a vital part of the economic development and regeneration agenda in those regions most in need of support, including South Yorkshire, Cornwall, Wales, Liverpool and parts of the North East.

The money’s there, but is political will?

It’s becoming increasingly clear, as our economy gets stripped to the bone, just what the fall out is from 11 years of austerity. What will the chancellor do when confronted with the shortfall in NHS spending versus the need to make good on EU-funded programmes?

For Steve Fothergill, professor at Sheffield Hallam University and something of an expert on regional economies, the money is there. It’s whether the political will is. And with the current financial as well as health crisis it may be that the chancellor needs, or wants, to ‘repurpose’ this money.

Writing earlier this year in a submission to the Scottish parliament’s Inquiry into European Structural and Investment Funds, Fothergill stated:

“The Treasury does not need to find new money to pay for the UK Shared Prosperity Fund. This is money that would have been handed over to Brussels and then returned as EU aid. In its supporting documentation for the Chancellor’s 2018 Spring Statement, the Office for Budget Responsibility identifies more than £13bn a year that will eventually no longer be paid over to the EU, beginning with £3.0bn in 2020/21 and rising steeply thereafter as spending commitments tail off.”

Competing demands on the public purse

Fothergill was very clear about the need for certainty saying:

“In practice, the new UK Shared Prosperity Fund needs to be fully in place by the end of 2020 so that there is no damaging hiatus in funding. Beyond the end of 2020 it will not be possible to make new EU-funded commitments even though actual spending on EU-funded projects will continue for up to a further three years”.

Of course, Brexit and coronavirus are a heady mix and the one thing that is certain, is the extent to which there are now very different calls on the public purse. The chancellor must have his eye on the money that previously was earmarked for the EU (the UK was still a net contributor) to bail out the furlough costs and the spending promises to the NHS. Back in the mists of time, pre covid, it would have seemed reasonable to make promises that money would be reallocated back.

But it’s coming to the point where this particular can, can no longer be kicked down the road. Promises have been made and people are now expecting some delivery – promises about levelling up, a replacement of EU funding, and NHS funding certainty.

It’s a tall order. I doubt many are currently wondering about the next spending review, but they should be. It will be make or break time for many.