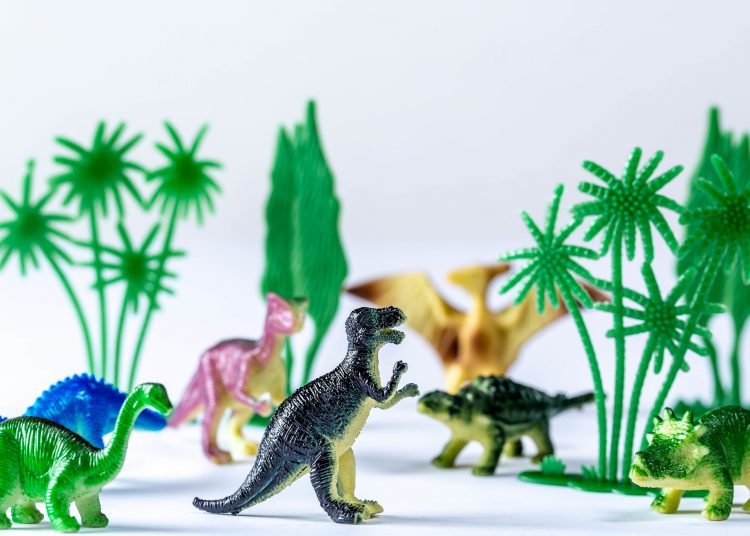 Conservative Party Patriotism, “Toy dinosaurs and trees on white background” by wuestenigel is licensed under CC BY 2.0

The DNA of the Conservative Party is not hard to trace. You do not need a microscope. One method is to count the number of hyperboles in a Boris Johnson speech, like ‘fantastic’, ‘world-leading’ and ‘second-to-none’, and divide them by the number of facts. Big words are ambitious. They set targets, rally the troops and are patriotic. Facts are inconvenient and probably left-wing.

Inside the Tory tent, there is a smug fug, as the delegates solve the energy crisis by patting each other on the back. Outside, if you open the windows, the acrid smell of hubris wafts in from all quarters. In the fringe meetings, there is always more ketchup than chips.

These harmless traits lead on to what the archaeologists call the ‘Charge of the Light Brigade’ syndrome, named after a famous 19th century defeat, in which a lot of soldiers died, but gloriously. The legacy of the bold claims for Brexit has been well documented in this online organ, but, as someone with a long memory, I must point out that, in the annals of the Tory Party, these unfortunate results are neither rare nor unusual.

“The British Commonwealth and Empire is the greatest force for peace and progress in the world today. It comprises a quarter of the world’s population. It contains peoples of every race, of every religion, of every colour, and of every stage of political and social advance. It represents the most fascinating and successful experiment in government and in international relations ever known.” Global Britain indeed!

This was written in 1955, during an election which was described by one journalist as the “lull before the lull”, because it contained nothing of interest. It was won by the Tories under Sir Anthony Eden. Within 18 months, however, the British, French and Israeli forces invaded Egypt, and reclaimed the Suez Canal, before they were forced ignominiously to withdraw, because we owed money to the Americans.

The canal was blocked. Our troops to the Far East had to be diverted around the Cape of Good Hope, and the supply chains were broken that connected British manufacturing to the raw materials from the Commonwealth. The British Empire was over, except in the minds of the many who voted for the Conservatives.

Selective amnesia within the Conservative Party

There was no mention of Suez in their 1959 manifesto. With Johnson-like dexterity, it left the impression that the embarrassing retreat was something that was deliberately planned. “Whilst one hundred million people in Europe alone have, since the war, been forcibly absorbed into the Communist bloc, six times that number have been helped to nationhood within the Commonwealth. It is our duty to ourselves, and to the cause of freedom everywhere, to see that these facts are known.”

This illustrates another characteristic of the party: its selective amnesia. Every Tory mentions the world-leading rollout of the covid vaccine at least a hundred times more often than the world-beating loss of life in Britain. Their minds have been trained to do so.

The dangers of airbrushing history

Every Tory will recall the Falklands War, which gave Mrs Thatcher the nickname of the Iron Lady. The appalling statistics – 1,000 lives sacrificed to save a British dependency of 3,000 inhabitants – added to the heroism of the occasion. But they forget the failure to defend the terms of the Lancaster House agreement in 1980, which provided the new constitution for an independent Zimbabwe (formerly Rhodesia).

In 1983, during the massacre at Bulawayo, more than 20,000 lives were lost in the civil war that the agreement was supposed to prevent. These events happened within months of each other. One was remembered, the other airbrushed, but British interests – and honour – were at stake in them both.

Selective amnesia has been helpful in formulating their immigration policies. Post-war Conservative governments welcomed migrants from the Commonwealth to compensate for the labour shortages at home. Classical precedents were offered. Macmillan reminded his listeners that in the Roman Empire, free movement throughout its territories was encouraged. It was a benefit of citizenship, although it did not, of course, apply to slaves.

This was the closest that 20th century Britain came to the ‘free movement of peoples’, and Rab Butler, the deputy prime minister, immediately took steps to limit it. Since then, there have been many Immigration Acts (1962, 1968, 1971 etc.), each seeking to tighten the rules. It would be necessary to return to the 1900s to find that state of ‘uncontrolled immigration’, to which Johnson referred in his speech.

The benefits of immigration

Britain was never a member of the Schengen agreement, which sought to minimise and then eliminate the EU’s internal borders. Any policy that lets in half of Johnson’s Cabinet must raise some cause for concern, but is there any reason to believe that immigration has resulted in a low-wage, low-skills economy?

Is not the reverse more likely? If we only let in doctors and rich people from abroad, might not the poor and deprived people from the North, whom Johnson wants to level up, find themselves digging their gardens and sweeping their drives? It seems inconsistent with the demands of the situation that, at a time when the country desperately needs more carers, lorry drivers and tomato pickers, his government should seek to admit only those with PhDs and incomes of more than £35,000 a year.

Priti Patel to push ahead with harsh asylum and immigration proposals

Sharing intelligence with other states

Finally, I would like to be re-assured as to what his government means by high skills. High skills – in what? Advanced engineering? To build what? Or brain surgery? Whose? All British governments have had dismal records in picking winners in high tech, and when they have been given the opportunity to do so, they have shied at the starting gun.

Some may remember Blue Streak, our inter-continental rocket in the 1950s, our very own H-bomb and nuclear power stations. But it proved more cost-effective to share secrets with the Americans, buy nuclear energy from the French and to offer our East Coast to the US air force as a launch pad for their ballistic missiles to reach Moscow.

Others may recall how Harold Wilson talked of the ‘white-heat’ of technology and started to rebuild Battersea Power Station, which was closed again, before it was finished. There were the incidents of the de Lorean cars, status symbol of Belfast, and the Sinclair C5, which in 1985 was supposed to herald a new age of electric vehicles, which both received significant government attention before the projects were abandoned.

In 1983, however, two Home Office researchers produced an ambitious plan to introduce broadband across Britain, but Thatcher was only interested in privatising BT. Her government produced a White Paper, Broadcasting in the Nineties (1989), which ignored the World Wide Web that Tim Berners-Lee was then building in Switzerland.

I am a patriot. I have an indissoluble love for the country into which I was born and educated. My father, however, a keen philatelist, used to tell me that the smallest countries have the biggest postage stamps. Tanganyika and Nyasaland were particularly fine. I do not want to live in a small and vulnerable strip of land with a big postage stamp.

The message from the Conservative Party conference in Manchester is that you cannot build a global Britain by losing credibility.