John Grogan, co-chair of One Yorkshire, outlines what we expect to hear in Sir Keir Starmer's speech in Scotland on Monday. He's likely to propose a constitutional convention to look at creating a federal UK. 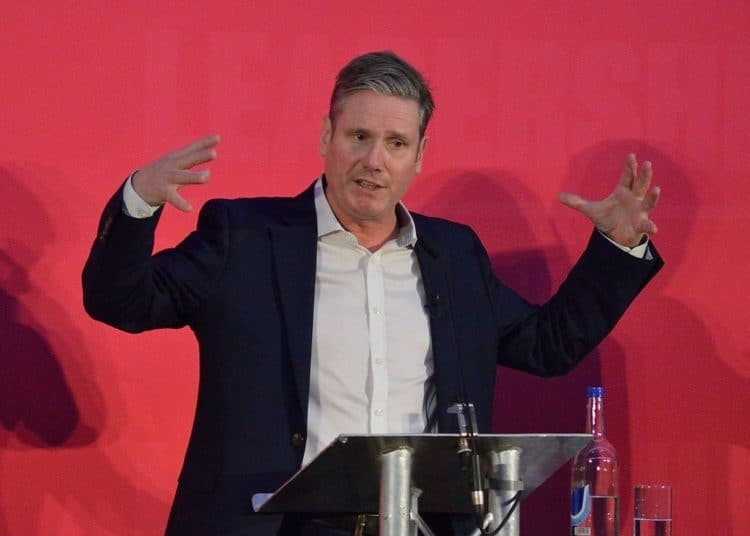 The most important speech Keir Starmer will give in 2020 will be hosted on Monday 21 December by the University of Edinburgh. It is a long time since a speech delivered in the Scottish capital has had such potential long-term consequences for the governance of England and indeed the whole of the United Kingdom.

The occasion will be the latest in an annual series of lectures given to honour the memory of John P Mackintosh, who died at the age of just 48 in 1978. Combining the duties of an academic at the university with elected office as the Labour MP for Berwick and East Lothian, he was the main intellectual force behind plans for Scottish devolution, which would come to fruition two decades after his death.

Sir Keir is expected to outline a course of action that could eventually lead to the creation of a federal United Kingdom, where the nations and the regions would share sovereignty and power with the national state. Interestingly, Winston Churchill supported such an idea in 1912 when as home secretary he had to deal with the demands for Irish home rule.

Of course, federations already exist around the world in countries like Australia, Canada and the United States, which were all established as such by their founders. It is hard, however, to think of examples where a centralised state has successfully been transformed into a federation, except perhaps Germany in the unique circumstances of the post-war period. Such is the scale of the task that Sir Keir looks likely to set himself. The success or otherwise of this project may well determine if the United Kingdom has a future.

How did we come to this? The story so far. In the last three general election campaigns, the Labour Party has promised that in government it would establish a constitutional convention, which would consider such topics as electoral reform for the House of Commons, the future of the House of Lords, and the devolution of power. The model was the Scottish Constitutional Convention, which was an association set up in 1989 bringing together Scottish political parties, churches, trade unions and civic groups. A plan for Scottish devolution was developed, which was subsequently implemented by the Labour government under Tony Blair.

In reality, there were two basic problems with Labour’s manifesto promises to set up a post-election constitutional convention. Firstly, it meant that the party went into the campaigns of 2015, 2017 and 2019 with no real constitutional offer to make or specific proposals for reform. Indeed in 2019, thanks to the lobbying efforts led by the former Archbishop of York John Sentamu, the only real such commitment in the whole document was for devolution of power at a One Yorkshire level, as opposed to balkanising the county.

The second problem was that in the last century, the only government that has delivered significant constitutional reform went into the election with a clear plan of action and legislated for it early in its term of office. Labour in 1997 was able to seize the political moment, whereas the bookshelves of Whitehall are lined with reports of long-forgotten commissions with proposals for reforms. These were reported to governments that were already running out of steam, or indeed to their disinterested successors.

Given this history, in 2015 Jon Trickett MP (Hemsworth) – who was responsible for constitutional issues under Jeremy Corbyn – tried to get a convention established in opposition. I myself undertook research examining successful examples from around the world. Sadly, the result of the Brexit referendum diverted political energies elsewhere.

Fast forward to December 2020, and the South Yorkshire mayor Dan Jarvis organised a letter from 40 local leaders, urging the prime minister to take action to save “our precious United Kingdom”. Without fundamental changes, they concluded, “the current relationship between our central government and the constituent parts of the UK is incoherent, often unjust and ultimately unsustainable”.

Against this background, it seems very likely that Sir Keir will himself propose the setting up of a constitutional convention, with an explicit brief to develop a plan for a federal United Kingdom, but to report during the term of this parliament. Articles in the Scottish press indicate that former Prime Minister Gordon Brown will be asked to chair the convention.

If it to succeed, it must be open to all mainstream political parties. In addition, it must do everything possible to capture the views of the man and woman in the street. One idea would be to seek the views of a citizens’ jury (citizens’ assembly), made up of a representative sample of the population, as has previously happened in similar exercises in Ireland and Iceland.

Seasoned political activists in all parties often argue that there is little interest and no votes in constitutional change. It may be different this time, for three reasons.

Firstly, a well worked out plan for a federal Britain could provide a viable alternative to Scottish independence in any second referendum north of the border.

Secondly, in England there is a growing frustration that the great regions and cities of our nation do not have much greater control over their own destinies. There is a realisation that levelling up is simply not going to happen by the introduction of more national competitions for relatively small pots of money. The demand for real decision-making to be irrevocably transferred away from London is growing. The image of Andy Burnham speaking on the steps of Manchester Town Hall will be recalled long after the details of his dispute with central government are forgotten.

Thirdly, a plan for constitutional reform could give Labour, the Liberal Democrats, the Green Party and perhaps some elements of the Conservative Party some common ground, which might prove important in a general election in 2023 or 2024.

President-elect Joe Biden is fond of quoting lines written by one of his favourite Irish poets W B Yeats, first published a hundred years ago as the Irish War of Independence took hold:

What was true for the United Kingdom as 1920 drew to a close, has resonance in the dying days of 2020.