Sir Ivan Rogers, former UK permanent representative to the EU, spoke yesterday of his optimism that the UK will eventually seek a closer relationship with the EU again. But he maintained this is not on the government’s agenda at all at the moment. Instead, he foresees a “bumpy” short-term future of “spiky” relationships. 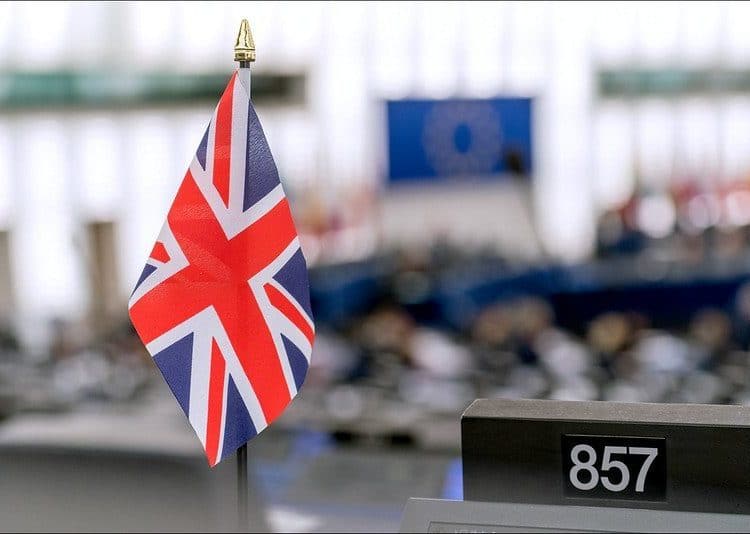 "MEPs to debate Brexit" by European Parliament is licensed under CC BY 2.0

Sir Ivan Rogers, former UK permanent representative to the EU, spoke yesterday of his optimism that the UK will eventually seek a closer relationship with the EU again. But he maintained this is not on the government’s agenda at all at the moment. Instead, he foresees a “bumpy” short-term future of “spiky” relationships.

‘Life after Brexit’ was the title given to the latest in a series of online events held by the EU-UK Forum, a non-partisan organisation that exists to promote the kind of “constructive and informed dialogue” that it sees as necessary to the development of mutually beneficial relations with the EU post Brexit. The event saw Sir Ivan, a well-known critic of the UK’s approach to the Brexit negotiations, in conversation with Financial Times journalist, Peter Foster.

As Sir Ivan made clear, some of the bumps that have occurred in the last few weeks were absolutely built into the very thin trade agreement that the UK insisted on having. The kinds of exporting barriers we have seen in operation are not a punishment, but an inevitable result of our determination to leave the customs union and single market and become a ‘third country’. However, because the government has not been straight with the public as to what this would mean, company executives seem only now to be waking up to reality and find it hard to accept that there hasn’t simply been some kind of accidental oversight that the government will wish to put right.

A major issue that will affect the future stability of the relationship is the extent to which the UK maintains equivalence of standards with the EU. While Sir Ivan feels that fears on the EU’s part that the UK is poised to introduce vast swathes of deregulation may be exaggerated, the fact remains that, while the UK has made it clear it wishes to have the sovereign ability to diverge, it has not made it at all clear in what ways it intends to do so. If and when it does, and if the EU regards its single market as under threat, there is potential for conflict.

Another bone of contention is the Northern Irish protocol, where we have seen aggressive acts on both sides: on the UK’s part, the threat to break the withdrawal agreement in order to dispense with any suggestion of a border in the Irish Sea; and on the EU’s part the threat to trigger Article 16, creating a border on the island of Ireland to restrict the export of vaccines. Neither of these happened, but the obvious fragility of the arrangements for Northern Ireland and the border may not bode well for their survival. While Sir Ivan agreed with Peter Foster’s suggestion that it might be in the EU’s interest to relax aspects of the protocol, he felt this was unlikely to happen, as adherence is regarded by the EU as a testcase of the UK’s good faith.

Even in cases where it will be to the clear advantage of the UK to cooperate with the EU, Sir Ivan doubts whether the government will wish to be seen too obviously to be doing this. Depressingly, he feels there is no desire for an amiable relationship for the next few years and that we should instead expect a series of name-calling episodes and disputes.

What we have to avoid at all costs though, is a situation where the UK-EU relationship is defined solely by disputes, leading to the atmosphere becoming entirely poisoned. Preventing this from happening at the UK end will be in the remit of David Frost, newly elected to Cabinet for his role as overseer the UK’s future relationship with the EU. Sir Ivan regards the EU as bearing responsibility here as well. The EU may have done a good job of negotiating the eventual trade and cooperation agreement with the UK, but it failed to work out for itself what kind of relationship it wished to have with the UK or how to achieve it, which is something it will have to do in future.

In Sir Ivan’s view, the development of a relationship properly befitting close partners will require mature reflection, distance and a passing of the mantles to a new cast of participants. In the meantime, to balance the likely disputes it will be important to put effort into the constructive pursuit of shared priorities.

With regard to our other options, Sir Ivan was rather scathing. The UK economy is heavily dependent on services and, Liz Truss’s “facile arguments” and “soundbites” notwithstanding, services are very much harder to negotiate free trade deals on than goods. If the government thinks it can get further with India than the EU has managed, for example, then Sir Ivan wishes it good luck. Meanwhile, a UK trade deal is unlikely to be at the top of the agenda for the US, although the fact that the UK is potentially going to be more of a “pushover” than the EU may make it an attractive target. In that case, we will need to be prepared to deal with “tough bastard” negotiators and very difficult food safety issues (‘SPS’).

There are good opportunities for the UK to create positive relationships via its chairing of the G7 summit in Cornwall in June and its hosting of the COP26 climate change conference in Glasgow in November. But, with regard to the EU, where many of us will have hoped that “life after Brexit” would be an amicable separation, possibly temporary, the message from this conversation with Sir Ivan Rogers is that reconciliation may be a long time coming.

Membership of the EU-UK Forum is free, as is attendance at their interesting programme of online events.