How many people have heard of Tim Montgomerie? Not that many I suspect but he is known as one of the most influential Tories outside the cabinet. 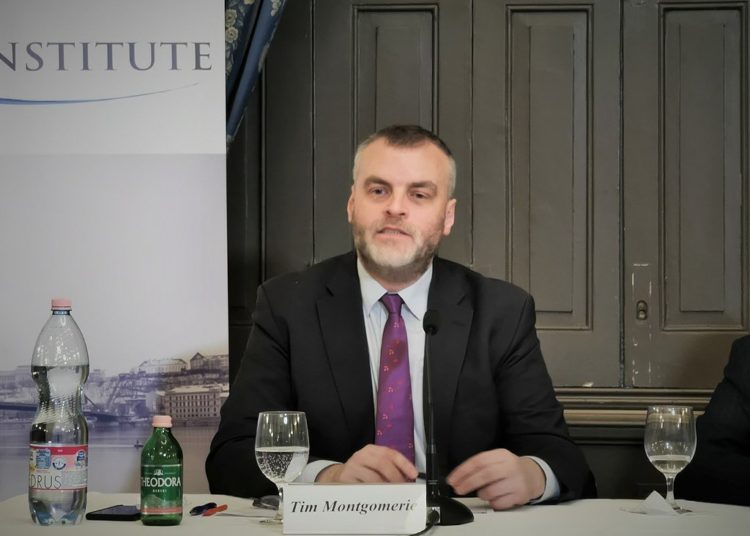 How many people have heard of Tim Montgomerie? Not that many I suspect but he is known as one of the most influential Tories outside the cabinet. He founded the website Conservative Home and co-founded, along with Ian Duncan Smith, the Centre for Social Justice.

The dry-as-a-bone Tory Brexiter has launched a devastating broadside at Boris Johnson and Dominic Cummings and, moreover, used the left-wing New Statesman magazine to do it. Read it HERE.

This is a big moment for the Conservatives; another huge blue-on-blue attack on the prime minister at the very top of the party. Montgomerie’s article may be seen as giving cover for others to raise their heads above the parapet. It follows a similar piece in The Spectator by Alex Massie recently, which suggested Johnson isn’t fit to lead.

Montgomerie is highly critical of the way Cummings and Johnson have emasculated the cabinet, reshuffling independent-minded ministers out and replacing them with pliable “middle-ranking” members while special advisers who “dared to differ” were summarily dispatched. He accuses Cummings of running a “reign of terror.”

We learn that to get any sort of response from the prime minister, messages need to be “effusive” and even then a reply is not guaranteed. Johnson comes across as surprisingly thin skinned and quick to take offence..

Montgomerie talks about how Margaret Thatcher relished internal arguments at the beginning as a way of sharpening her own thinking and arguments with opposition figures. But with the Iron Lady, listening to contrary views only began to stop after six years. According to the article, it took just six weeks after his election victory for any internal dissent to be greeted with “retribution – much of it pre-briefed to favoured journalists.”

“In February’s reshuffle we learned that earning the disfavour of key prime ministerial adviser Dominic Cummings was fatal, even if you were chancellor of the Exchequer. Everyone was dispensable. Except Dom.”

He reserves special criticism for Dominic Cummings and his well-known penchant for aggressive confrontation at every opportunity, and claims No 10 is still in 24/7 campaign mode, something that others have noted.

“Many who worked with Cummings – when he advised Iain Duncan Smith, when he was at the Department for Education, or when he was at Vote Leave – will recognise the pattern of pugilism.”

The career psychopath turns out to be – well, a career psychopath, but absolutely indispensable to the prime minister who is himself incapable of articulating or pursuing a coherent policy on anything.

Of particular note, and fitting in with Johnson’s known habit of laziness and lack of attention to detail, the article claims that in January, at one of the “curtailed” cabinet meetings favoured by the PM, just five minutes were devoted to the economic impact of coronavirus.

Surprisingly, Montgomerie does not call for Cummings’ dismissal but rather for him to be reined in. He says fresh thinking is “truncated”, not by brilliant argument or killer facts but simply by saying, “There’s no way that Dom would wear that.” It is clear that Cummings is, as everyone suspects, the driving force behind everything done by this government. He is the real prime minister.

It is well known that the PM’s senior special adviser has no time for cabinet ministers whose main attribute as far as he is concerned is to simply follow order issued through their special advisers, all appointed by and owing allegiance to him.

Like many people before him and not just in the Conservative party, Montgomerie calls for a return of cabinet government, knowing it will never happen whilst Cummings is in post.

Johnson’s chaotic private life is hinted at and Montgomerie claims Marina Wheeler, the PM’s second wife from whom he is now divorced and was separated from for a number of years, was his “anchor” and a moderating influence on him. That is now gone.

But things are beginning to change inside the party. Cummings-gate has allowed the Wizard of Oz curtain to be drawn back to reveal “some bald bloke in shit clothes” according to an unnamed source in the Sunday Times recently.

Apparently, many Tory MPs are furious at the slump in the opinion polls and at the ways in which their multiple calls for Cummings to go were ignored. The succession of unforced policy errors has hardly burnished Cummings’ reputation for genius either.

Montgomerie says they no longer believe in the Prime Minister in the way they did but “still want their faith to be restored.” He fears Johnson doesn’t even realise scale of the problem.

The gloss has well and truly come off the prime minister after barely six months.