The privatisation of Channel 4 is a political decision. Is this the payback for having challenged Johnson's government? 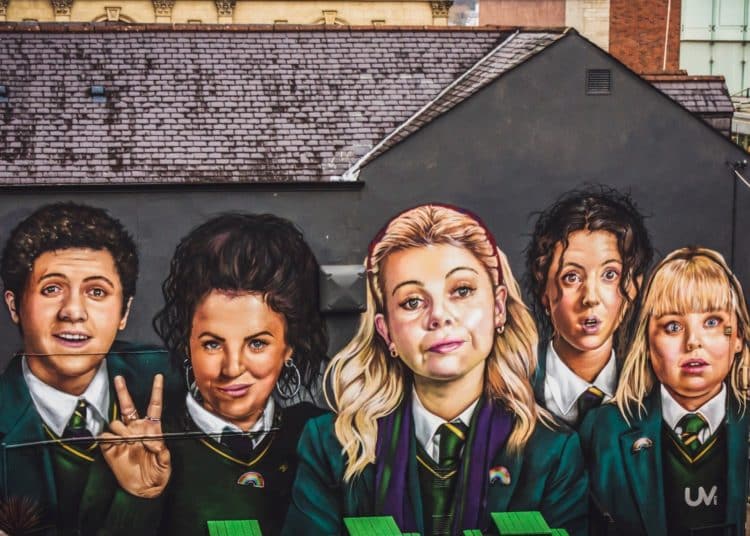 A mural of Derry Girls, a show on Channel 4 Photo by K. Mitch Hodge on Unsplash

On 8 July, Broadcast magazine took an unusual step for a trade publication. In response to the Department of Culture, Media and Sports (DCMS) consultation on the proposed privatisation of Channel 4 it launched a full-blown campaign opposing the sale.

The proposed sale of Channel 4

The Broadcast campaign was motivated “by the fundamental lack of evidence to support the government’s view that C4’s sustainability is materially challenged under its current ownership model and remit”.

It argued that, “a private owner with a watered-down remit and the ability to produce programmes in-house would disrupt the public service broadcasting ecology and prove detrimental for audiences”.

What has been remarkable about the campaign, which has the eye-catching graphic and slogan NOT 4 SALE, is how strong the response in support of the campaign has been and the way it links into other initiatives.

Responding to the consultation

38 Degrees has an online petition, the British Broadcasting Challenge has two excellent and informative articles by Patrick Barwise, and the Media Reform Coalition published a briefing document which is very useful guide to help people respond to the DCMS consultation. Add to this a range of broadcast trade bodies like PACT and Directors UK, media unions like the NUJ, BECTU and the Writers’ Guild and numerous writers and actors who also oppose the government proposals.

Broadcast and many other organisations and individuals who oppose this latest move by the government are not blind cheerleaders for Channel 4. It is far from perfect and has inevitable ups and downs, both creatively and commercially. But its ethos and operating model have made it hugely valuable to the broadcasting industry. Privatisation puts all this under threat.

What’s behind the Tory government plans to privatise Channel 4? It’s only been four years since a review by then culture secretary, Karen Bradley, decided not to privatise the channel. It stated:

“Channel 4’s public service remit and support for the independent production sector across the UK are vitally important – and we have concluded that these are best served by keeping Channel 4 in public hands”.

Why has the government changed its mind?

So what’s changed? One motive may be payback for C4’s perceived hostility to the prime minister. In August 2019, Dorothy Byrne, C4’s then head of news, described him in a high-profile speech as a “known liar”.

Three months later, the channel replaced both him and the Brexit Party leader Nigel Farage with melting ice sculptures when they refused to appear in a climate change debate with the other party leaders.

C4 privatisation also fits with the Johnson project to undermine institutions that can call him to account and limit his power. Look at what’s going on with the push to appoint former Daily Mail editor, Paul Dacre, a ferocious critic of the BBC, C4 and, indeed, Ofcom itself, as Ofcom’s new chair.

The privatisation project also links in to the Conservative Party’s wider ‘culture war’, driven by Johnson’s senior advisers, Munira Mirza and Dougie Smith. Culture Secretary Oliver Dowden has been very active in promoting ‘culture war’ controversies and according to one source, “Dougie has Dowden on a string”.

Privatising C4 has long been a pet project of the media minister John Whittingdale. When he last proposed it, as culture secretary in 2015, his media special adviser was Carrie Symonds, now married to the prime minister. Whittingdale and the new Mrs Johnson are said to be still in touch.

C4 is a Conservative creation, launched by Home Secretary Willie Whitelaw in 1982, to offer competition to the BBC and ITV with a unique operating model as a publicly owned but advertising-funded ‘publisher-broadcaster’.

For almost 40 years at no cost to the taxpayer, it has broadcast a wide range of universally available, free-to-air programmes and provided competition to the other public service broadcasters as well as a home for new ideas and alternative voices. It has driven the spectacular growth of UK independent production and exports. It does all this with only 900 employees, 300 of whom will move to its new head office in Leeds, while others move to new creative hubs in Bristol and Glasgow.

The consultation document the government has produced makes no pretence that it is conducting this consultation with a completely open mind or looking at a range of options to ensure C4’s long-term success: the only option it discusses is privatisation.

The consultation closes on 14 September. If you care about the future of C4 please make your views known and respond. The very useful briefing the Media Reform Coalition has produced to help you do this is here.