Now that the SNP have built a solid democratic mandate for IndyRef2, what are the next steps toward securing an independent Scotland? 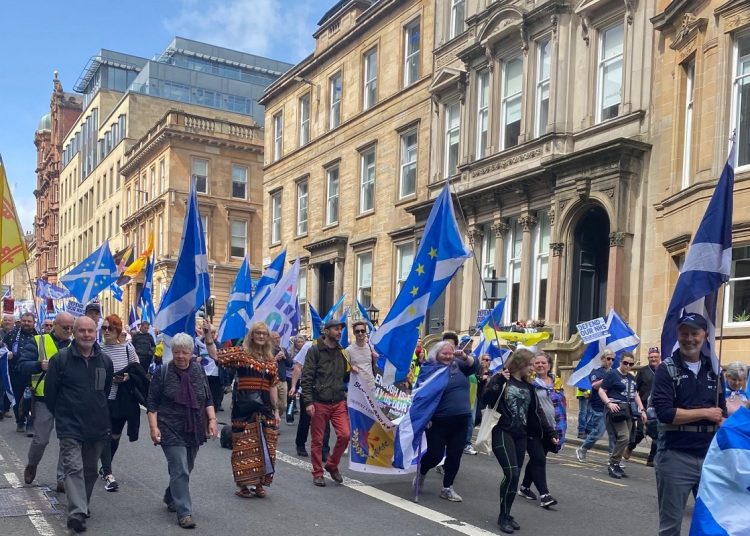 Last week, Scotland took a step closer to a second independence referendum when Nicola Sturgeon’s SNP ran out the clear winners in the Scottish local government elections. Last year, the SNP triumphed in the elections to the Holyrood parliament. In both elections, the SNP put a second referendum on independence – known in Scotland as IndyRef2 – at the centre of its offering to voters. Scotland’s voters have been promised a referendum by 2023.

The resurgence of the Scottish independence debate is overwhelmingly a consequence of Brexit. In the 2014 referendum, Scots were told they only way to assure the country stayed in the EU was to vote ‘No’ to independence. ‘No’ won by a margin of ten points. The great debate on Scotland’s constitutional future seemed to be over for perhaps a generation, perhaps longer. Two short years later, having voted 62 percent Remain, Scotland was effectively taken out of the EU against its democratic will. Once again, the independence cause took wing.

Does vote for SNP lend democratic legitimacy to IndyRef2 drive?

Legally, permission to hold an independence referendum is reserved by the Westminster government. Within a month or two, Nicola Sturgeon will formally ask Westminster to consent to a referendum. Boris Johnson (or his successor) will almost certainly turn down the request. Expect uproar in Scotland. The Scots will say London talks sweetly about democracy in Ukraine and celebrates the Brexit referendum as a great democratic exercise but denies Scotland a referendum on independence twice endorsed by Scotland’s people.

Then will come what promises to be one of the most passionate political campaigns Scotland has seen. It will seek to productively channel the anger of independence activists, build pressure on London and win global recognition for Scotland being denied its democratic right. Motions condemning London’s failure to respect Scottish democracy will be tabled in the Scottish parliament and in SNP/Scottish Greens dominated local authority chambers. Expect letters pages bombarded, stump speeches made in parks and halls across the land, marches trough villages, towns and cities. TV stations from across the world will be offered interviews with leading figures. The noise will be great, the passion genuine. 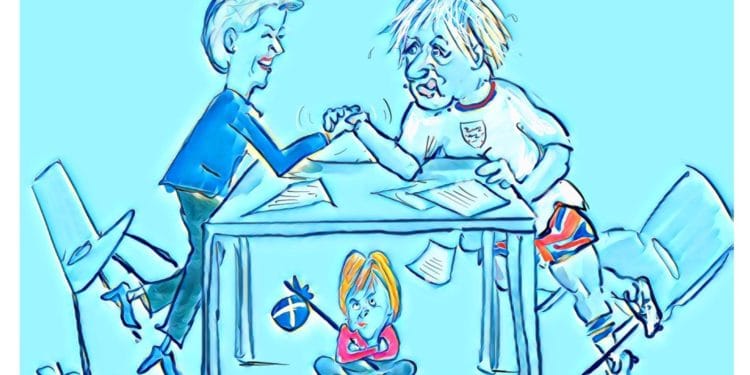 Among Sturgeon’s early actions will be asking the Scottish parliament to pass a Referendum Act. London will say the act can have no legal standing. The SNP government will argue nothing trumps the democratic will of the Scottish people, that sovereignty rests with them, not with any parliament or institution. But Sturgeon wants belt and braces legality around a referendum. She wants London’s consent, so there can be no doubt over the legality and legitimacy of a referendum, and to still opposition voices.

The courts, of course, will be busy (don’t forget, Sturgeon is a lawyer). First in line will be Scotland’s highest civil court, the Court of Session and then, inevitably, the UK Supreme Court. It is possible too that the Scots will ask the European Court of Human Rights to consider the case. The Scottish case will be simple; that the twice confirmed will of the Scottish people is superior to Westminster statute law. There will also be arguments over the powers of the Scottish parliament.

Throughout all the inevitable legal and political turmoil, the IndyRef2 contingent has to keep its eyes on the prize of actually winning a referendum. At present, the country is, it appears, evenly divided. Recent polls say a small margin favours the pro-union side. 55 percent say a referendum will happen within five years. Five years will be three years too long for Nicola Sturgeon. Her time is now. Her party activists are impatient. Her government may not win again in the Holyrood elections of 2025. Boris Johnson may be replaced by a figure more to Scotland’s tastes. Labour may grow stronger across the UK.

IndyRef2 may be unnecessary

The ace up Edinburgh’s sleeve is the 2024 UK general election, with a platform of ‘Scotland denied’. The SNP already holds 45 of Scotland’s 59 Westminster seats. Given a fair political wind and Scottish resentment of Westminster, the SNP could sweep the board in Scotland, though even holding its current position will be enough to claim a refreshed mandate.

Martin Roche has recently returned to his native Glasgow after 35 years out of Scotland. He read politics and international relations at the University of Aberdeen, followed by a career in economic development, public relations, and freelance journalism.