Ian Kinsey looks at the importance of the Scottish elections today (6 May). The SNP are set to win the parliemtary elections, and with this comes the increased chances of another Scottish Independence referendum. Scottish (and other British) people will have to wait at least two days before they know the outcome. 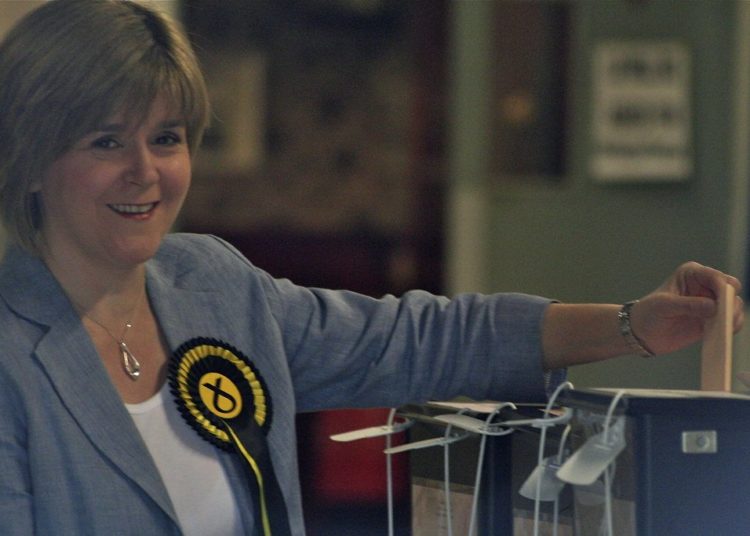 “On Polling Day with Nicola Sturgeon, 2011” by Ewan McIntosh is licensed under CC BY-NC 2.0

How important is today’s Scottish parliamentary election to the nation’s approximate four million eligible voters and those throughout the (dis)United Kingdom?

For diehard independence supporters it evokes images of Bannockburn, Robert the Bruce or Braveheart, or revenge for perceived failed promises after the 2014 referendum. Some cite the frustration of English voters deciding Brexit. There’s also a belief this is definitely the last opportunity “to rise and be the nation again”.

On the other hand, for unionists it is The Rocky Horror Picture Show.

SNP on course to win in today’s Scottish elections

This scribe will go out on a limb and predict Nicola Sturgeon’s Scottish National Party (SNP) will win the most seats and carry on governing at Holyrood until 2026. An SNP victory appears to be a slam-dunk at the betting shops, the odds ranging from a paltry 1/100 to 1/200.

Considering the 2021 Scottish election has been dubbed the most important since devolution, one could say it has been, to put it mildly, a bit of a yawner. Neither Scot Conservatives nor fellow unionists Labour and Liberal Democrats have shown momentum in the polls. For the most part the SNP appears stagnant.

Momentum is the key in any election. Sir John Curtis, professor of politics at Strathclyde University, wrote, “Increased support in the polls provides assurances that their campaign message is going down well and gives them hope that yet more voters might swing their way. So far, at least, none of the main parties has developed any discernible momentum”.

But will the SNP win an outright majority?

An important question on the lips of political junkies and Twitterites is whether the SNP will harvest an outright majority in Holyrood’s 129-seat chamber. If Sturgeon’s legions fall slightly below the magic 65, they will be forced to enter into a pro-independence alliance with the Scottish Greens. The SNP have an enviable commanding lead in the polls. However, under Scotland’s combined first past the post (FPTP) and additional member system (AMS) a majority government is not a given.

Scots have two ballots. One is for a FPTP constituency MSP. There are 73 constituency seats across the nation. That’s the easy part; now comes the complicated bit. The other is a regional (list) ballot to select a party or independent.

To many, the AMS may be confusing. However, the process does make the overall result more proportional and allows the lesser parties to win a seat in parliament.

Given a mandate to govern without the Greens or, horrors to many SNP loyalists, Alex Salmond’s upstart ALBA party, Sturgeon will have a stronger voice to call out Johnson and demand a Section 30 and allow another Scottish independence referendum. If the Westminster Tory government remains steadfast in its refusal, the United Kingdom as a whole could slip into a long, disruptive and paralysing constitutional crisis.

How did we get to the point that may put a crack in Pax Britannica?

It has little to do with the 1707 Act of Union, ratified by the parliaments of Scotland and England, albeit done so in Scotland by a majority of titled-folk with strong ties to the English court. The tabling and passage of the act was a fait accompli, as the Union of the Crowns happened just over a century earlier. Let’s not even consider the inaccuracies in Braveheart which are too numerous and embarrassing to mention.

Constitutional flux: the Battle of Scotland

Fast forward to the present day to understand why the union is about to experience a constitutional flux. There’s frustration in Scotland – and perhaps too in Wales and Northern Ireland – with the Westminster parliamentary balance of power resting with England. Scotland was taken out of the European Union even though the nation voted 62 percent to remain. And there’s the perceived threats to devolved powers.

However, Covid-19 clearly answered the question of leadership. Whilst Nicola Sturgeon won praise for being “clear, calm and compassionate”, by contrast Boris Johnson “often left people confused about his [government’s] message”.

Truth be told, today’s election – the results of which will not be fully known for two or three days – is only the preliminary round. To paraphrase Winston Churchill, incidentally one of Boris Johnson’s heroes, in his speech to the House of Commons 18 June 1940: