Kerry Pearson reviews Biden's first couple of weeks in the White House. His focus has been on reversing Trump-era legislation, rolling out the vaccine, restoring multilateralism and increasing welfare benefits for those impacted by the pandemic. 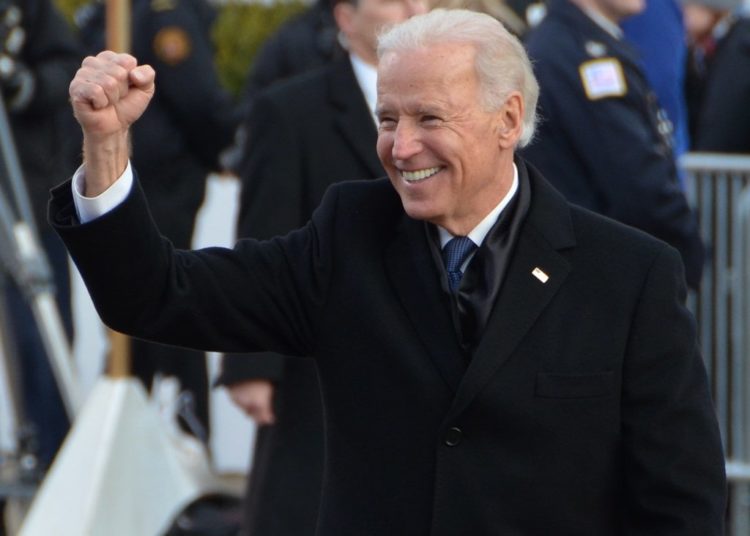 Biden has been in office just over two weeks and has already fulfilled many of his promises, passing over 100 executive and policy orders. It’s clear that Biden is focused on reversing much of what Trump authorised, and reinstalling some Obama-era legislation. Issues on immigration, climate change, multilateralism, and the pandemic, are at the top of his lengthy list.

Obstacles still lie in Biden’s way with solving the pandemic and rescuing the economy, but the polls are in his favour: a Gallup poll from the 4 February revealed that 57 percent of Americans approve of the job Biden is doing, which is higher than Trump’s rating (45 percent), but slightly below the average for new presidents, which stands at 60 percent.

In his first week in office, Biden made moves to shrink the wealth gap in America that has grown during the pandemic. He signed an executive order to increase federal food assistance, which will increase the Supplemental Nutrition Assistance Program for twelve million families and provide families with money to replace free school meals.

Democrats also reintroduced the Raise the Wage Act, which strives to gradually increase the federal minimum wage from $7.25 to $15 an hour by 2025. After 2025, the wage will supposedly be indexed to median wage growth, ensuring that wages keep up with inflation. Unsurprisingly, this move has already received opposition from the majority of Republicans, who attempted, and succeeded, in preventing Obama bumping up the hourly wage in 2013.

Among Trump’s most controversial pieces of legislation was the ban on transgender troops serving in the American military. He tweeted that the armed forces must be “focused on decisive and overwhelming victory”. The policy, which astonishingly was approved by the US Supreme Court, has been reversed by Biden, who restored the protections for transgender troops introduced by Obama in 2017. The president said it was “the right thing to do” and that all qualified Americans should be allowed to serve their country in uniform.

A statement from the White House also said that “America is stronger when it is inclusive. The military is no exception”. The move has been met with relief and satisfaction from advocacy groups like Palm Center, and the Human Rights Campaign, whose president called the move a “pivotal moment for the movement of justice” and said that Biden was proving to be a leader that would “improve the nation’s culture”.

Biden’s commitment to equality for all Americans does not stop there. He also signed four executive orders aimed at advancing racial equity. He said that these orders are an attempt to restore the “soul of the nation”, referencing the murder of George Floyd by a police officer, saying that his death had changed minds and mindsets of the nation.

The Department of Housing and Urban Development has been directed to “take necessary steps to redress racially discriminatory federal housing policies”; the Department of Justice has been advised to end its use of private prisons; the federal government must reaffirm their “commitment to tribal sovereignty and consultation”; and a pledge has been made to combat xenophobia against Asian American and Pacific Islanders.

Domestic policy adviser, Susan Rice, told reporters that, “Advancing equity is a critical part of healing and of restoring unity in our nation”.

The Justice Department also removed Trump’s inhumane ‘zero-tolerance’ policy, which criminalised migrants who crossed the US-Mexico border illegally, and separated nearly 3,000 children from their parents. Acting Attorney General Monty Wilkinson said that criminal charges against immigrants should take into account “individualised factors, including personal circumstances”. The new policy will ensure that prosecutors act on individual cases and do not use a sweeping law for all immigrants.

All eyes are on the Biden administration for how it manages the pandemic. Within Biden’s first week in the White House, his team laid out a plan to purchase an additional 200 million doses of the Covid-19 vaccine (on top of the current 400 million doses already ordered). If all goes to plan, this will be enough to inoculate the majority of the US population by the end of summer.

Some 100 million doses will come from both Moderna and Pfizer, which, Biden hopes, will reduce the reliance on manufacturers outside of America. The federal government has begun informing states how many doses they will receive, and when, so that they are able to plan and schedule appointments. The Centers for Disease Control and Prevention reported that 23.5 million doses have already been administered, and 3.4 million people have been fully vaccinated.

Although the president has worked tirelessly to reverse much of the Trump-era legislation, Biden has also followed in his predecessor’s footsteps by signing an executive order requiring the federal government to buy American products and services. This will make it increasingly difficult for federal agencies to import goods, and ensures small and medium businesses will have greater opportunities to win government contracts. It is a signal towards Biden’s aim to revive domestic manufacturing.

But this is by no means a sign of Biden maintaining Trump’s isolationist, ‘America First’ ethos. Biden has affirmed America’s commitment to multilateralism by vowing that he “strongly, strongly, strongly” backs NATO and collective defence. In 2017, Trump refused to pledge “unwavering” support to the NATO charter that commits its members to rise to the defence of others. Biden has already begun reengaging with the World Health Organization, after Trump accused the international organisation of protecting China during the pandemic.

Biden has also warned that the climate crisis poses an existential threat to the globe and has demanded a “greater sense of urgency”. The day after Biden was inaugurated, America rejoined the Paris Climate Agreement. As The Guardian reports, Biden pledged to prioritise “environmental justice” in order to alleviate the disproportionate effects of global warming on minority groups, namely African Americans.

How does Biden rank in the polls?

An Axios-Ipsos poll reported that by the end of Biden’s first week in office, 50 percent of adults trusted the federal government to provide accurate information about the coronavirus, the highest this has been since last April. On top of this, 62 percent of respondents said they were confident that the Biden administration would make the vaccine widely available. Yet only 12 percent said they had signed up or made an appointment to get the vaccine, evidently a challenging area that Biden will need to address in order to bring the country out of the pandemic.

Biden has actively sought and partly succeeded in undoing and – if possible – erasing Trump’s legacy. Fulfilling his initial promises of restoring American soft power on the world stage, reversing Trump’s immigration policies, and cracking on with the rollout of the vaccine, has set Biden in good stead for a successful presidency.

His movements are also significant for the rest of the world: Anne Hidalgo, mayor of Paris, tweeted, “welcome back America”.