“We have more in common than that which divides us.” Jo Cox is still remembered for these words in her maiden speech in parliament in June 2015. 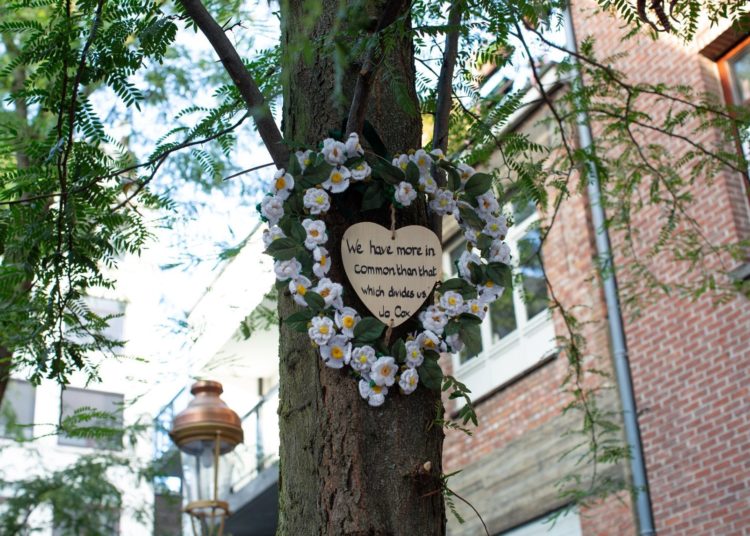 Taken at the Place Jo Cox in Brussels in 2019

“We have more in common than that which divides us.”  Jo Cox is still remembered for these words in her maiden speech in parliament in June 2015.

Although tragically she was assassinated a year later on 16 June, her words have continued to reverberate around the country and beyond, from Westminster, to her Batley constituency in West Yorkshire, across to Place Jo Cox in Brussels. We have watched divisions form, heal, then form again through the Brexit debate and last year’s general election, and now combined with the fears and traumas of Covid-19 and the #BlackLivesMatter protests.

Her sister Kim Leadbeater has dealt with the grief of Jo’s death by continuing her campaigning for equality and inclusivity. Her words are an inspiration to us all:

“We’ve seen some really important and powerful conversations taking place about racism, but we have also seen some pretty ugly behaviour from people who want to divide us. It is very important to remember there is only a minority of people who don’t want us to pull together and make the changes that still need to be made.”

Perhaps it is time we looked at the reasons for this fracturing of our society, beyond the hooligans that this minority have agitating for them. What is behind such an interest in keeping people wary of others, to the point of violence? Are the hooligans the main event or just the sideshow? Are they perhaps the ‘dead cat’ on the table, that others at home and abroad manipulate and aggravate, so that we cease to be able to see beyond the divisions?

Remembering Jo Cox and her message is as important to us all today as it was in parliament in 2015.