Members of the Northern Research Group took part in a Westminster hall debate to quiz the government over economic support for the North. 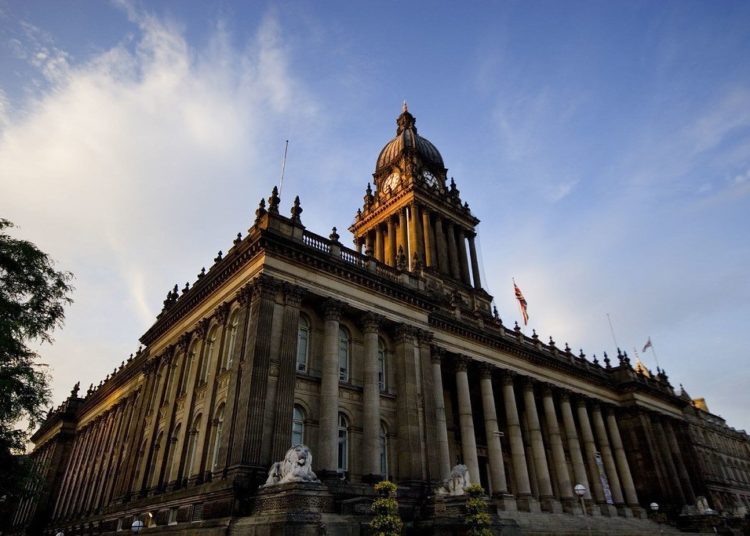 On Wednesday, members of the Northern Research Group took part in a Westminster hall debate called by Sheffield City Region Mayor Dan Jarvis to quiz the government (represented by exchequer secretary to the Treasury Kemi Badenoch) over economic support for the North.

NRG chair Jake Berry followed Jarvis in the debate, praising him for his work and calling on the government to resolve the ongoing row between the EFL and Premier League. He also criticised the Treasury Green Book, which sets guidelines for when to spend.

Whilst Westminster may be full of talk of levelling up, there are concerns among councils of the potential of pandemic-induced cuts. On Monday, Leeds council warned of a £43m tax shortfall due to Covid-19, and North Yorkshire County Council leader Carl Les expressed similar fears, saying:

“We pride ourselves on being a well-run local authority, but the onset of a second lockdown has exacerbated underlying funding gaps in our budget, creating huge uncertainty”.

Peter Sutcliffe (74), who killed 13 women across the North between 1975 and 1980, has died in prison, having contracted Covid-19. Sutcliffe, known as the Yorkshire Ripper, had underlying health conditions before contracting the virus, and passed away Friday morning. Richard McCann, the son of Sutcliffe’s first victim, Wilma McCann, said morning:

“The attention he’s had over the years, the continuous news stories that we’ve suffered over the years, there is some form of conclusion to that. I am sure a lot of the families, surviving children of the victims may well be glad he has gone and they have a right to feel like that.”

How politically targeted was the towns fund?

A report by the public accounts committee has criticised the Ministry of Housing, Communities, and Local Government of failing to acquit itself of “accusations of political bias in the selection process” over the selection of towns to be targeted by the 2019 Towns Fund. The report accuses ministers of a lack of transparency over choices of selection and has called on the department to publish its rationale behind its decision-making process.

The list includes many towns in Yorkshire which, following their selection for the fund, flipped from Labour to Conservative in 2019, including:

Towns already in Conservative hands at the time included:

Three candidates have been shortlisted for the Labour nomination for West Yorkshire mayor. Having received sufficient support from constituency labour parties in the region, party members will pick one of Susan Hinchcliffe (chair of West Yorkshire Combined Authority), Tracy Brabin (MP for Batley and Spen) or lawyer and community organiser Hugh Goulbourne. Ballots close on 11 December.

The candidates released statements as follows:

“I have the privilege of being one of the three shortlisted candidates in the West Yorkshire Mayor Elections. My congratulations to Tracy and Susan for also being on the shortlist and my best wishes to those who didn’t make the cut. To get this far, having run a volunteer-led grassroots campaign as a first-time political candidate, is something I am very proud of. But it doesn’t stop here. West Yorkshire needs a strong Labour voice; someone innovative with the experience to get things done; someone to champion the voices left behind by Westminster. As mayor, I will be that voice, and make our community fit for the future.”

“I’m proud of my track record delivering while in leadership, and my policies reflect my ambition for the future of West Yorkshire if I become your Mayor. I’m looking forward to telling you more about them in the next couple of weeks at the hustings and through talking to members. In the meantime if you have a question or want to ask me something, you can always email me or give me a call.”

Tracy Brabin is yet to release a statement following the shortlisting.

Following the launch of Liverpool’s mass testing operation to tackle coronavirus, five authorities in Yorkshire have also been designated for the programme:

The new rapid tests take half an hour to record a result, although concerns have been raised that it might miss as many as half of positive cases.

News of the testing programme came as 3,365 new cases were recorded in Yorkshire on Friday, as national figures reached a new peak, along with 39 deaths. Hull now has the second highest rate in the country, with 727 cases per 100,000 residents.