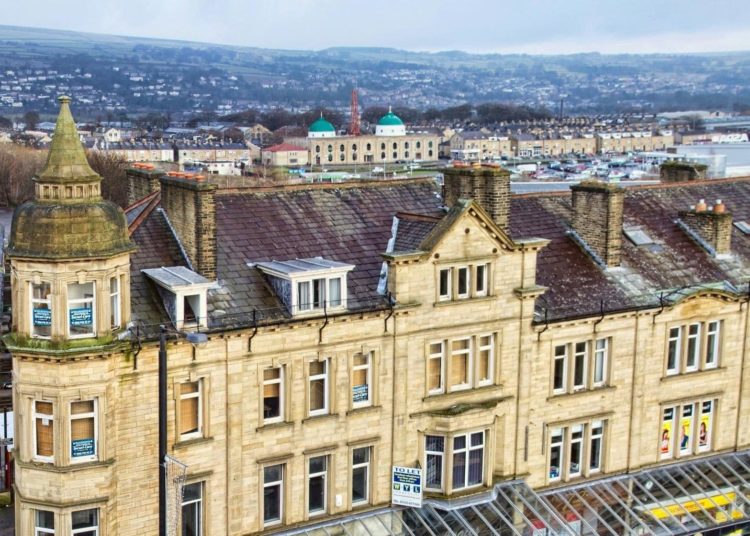 Victorian Terrace, Cavendish Street in 2011 by tj.blackwell is licensed under CC BY-NC 2.0

Calling an early election in 2019 seemed like an audacious move on Johnson’s part, and it paid off. It gave the Tories a majority by cleaning up in seats that have traditionally been held by Labour – blue collar, manufacturing, urban. As ever with Johnson, the main thing was the win. There was little evidence he or his team had thought about the consequences of a victory resting on seats they had never held, or really understood.

Narrow voter base in the red wall

Two years later, and any number of chickens are coming home to roost.

To be fair some of these seats are bellwether seats – they tend to swing with the overall national outcome. Keighley, Dewsbury and Colne Valley are cases in point. But for the first time since 1933, the Tories gained Wakefield with a majority of 3,358. And although Labour held on in Batley and Spen, Bradford South, Halifax, Hemsworth and Normanton, Pontefract and Castleford, the majorities there were significantly reduced.

What’s new, and unprecedented, is for a party that’s been in power for nearly ten years to make such deep inroads into previously safe territory for the opposition. What’s also unprecedented is how geographically narrow both main parties’ base is now, with both Labour and the Tories reliant on winning seats in England to secure victory. Scotland, with its 59 constituencies, has been cast adrift as has Northern Ireland. There are still pickings in Wales with 40 seats especially for Labour, but in general it’s England where it matters.

And that’s why the success for the Conservatives in 2019 could in the end be their downfall. To retain power they are going to have to do something pretty impressive to keep the power base in the shires sweet and deliver something for those in the most marginalised and deprived communities in the North and Midlands.

Let’s look at two of the Yorkshire bellwether seats – Dewsbury and Keighley – to see the extent to which chickens are coming home to roost.

So what, you may say? The Conservatives represented many manufacturing-heavy places before the 2019 election. Well it’s important because now they hold two-thirds of the seats with the most manufacturing jobs. And as the research organisation UK in a Changing Europe pointed out in their blog on red wall seats, new Conservative seats are disproportionately in manufacturing-heavy areas, particularly in food, metals and motor vehicle production sectors.

These are the sectors where the effects of both covid and Brexit are beginning to be felt, and where you will find many jobs that have been furloughed. According to government stats, 18,000 people in Dewsbury are currently furloughed. What happens to them when the scheme finishes at the end of September?

Working populations have been hard hit

A recent report from New Economics Foundation (NEF) suggests that furlough rates in the automotive sector have been rising due to international trade issues, as well as the covid impact. More worryingly, NEF’s modelling suggests that when the furlough scheme ends in September, there will be demand to continue furlough for up to 1.1 million jobs. As a number of these jobs are only using the furlough scheme on a partial basis, the full-time equivalent number of jobs at risk of redundancy, loss of hours, or loss of pay is likely nearer 500,000. The bottom line is that there are some very vulnerable people in the job market.

Layer on top of this the ending of the uplift to universal credit and you begin to see the problems that will emerge in constituencies like Dewsbury, where the total claimant count is over 12 percent of the working population. Whilst unemployment has come down slightly nationally, for Dewsbury and Keighley it is rising, according to the latest House of Commons library paper on unemployment benefits.

How will Rishi Sunak demonstrate that the government is serious about levelling up when the rug will be pulled from under the feet of those most marginalised in just a few months’ time, when the uplift in universal credit ends and the furlough scheme finishes?

Local issues add to the pressure

Other local issues will also be filling up the in tray for the local MPs. Both Keighley and Dewsbury have local hospitals that are currently facing significant problems. It has just been announced that all in-patient surgery will be suspended for three weeks at Dewsbury and District Hospital.

The flagship hospital in Keighley, Airedale Hospital, has problems of its own. It appears that it’s not just pressure on bed capacity, but pressure on the actual building that needs to be addressed, with substandard concrete causing all sorts of problems. According to Radio 4 Today, 32 hospitals need their estate fixing, including Airedale, due to corroded ‘rack’ concrete. A £9bn maintenance backlog has accumulated, with little evidence of how and when this is going to be fixed.

Eleven years of austerity measures has led the NHS to be not just cash starved, but seriously depleted of money to fix the metaphorical (and real) leaking roof. Even if the money was available, the pressure on hospital beds is such that no one can shut any hospitals – or parts of a hospital – because there is simply no spare capacity.

Left behind after 11 years of the Conservatives

Conservatives now hold 48 percent of the seats in Yorkshire and the Humber – largely amongst the ‘left behind’ towns – a phrase that encapsulates poorly managed economic restructuring, the decline of traditional industries, erosion of public services and years of chronic underinvestment. But after 11 years in power, one cannot help but point the finger at the Tories for leaving them behind.

Meanwhile, who would be the MP of Keighley or Dewsbury right now? Imagine trying to explain away the reasons for crucial repair work not being done, or how levelling up is miraculously going to happen to those just about to lose a vital £20 a week. They can’t blame Brexit (that’s done) and they can’t really blame the opposition. Unless Johnson and Sunak deliver for them soon, they will find that these red walls also have leaky roofs.