Andy Brown writes about the increased cost of living, higher taxes and spiralling inflation. People will struggle at the hands of this failing government. 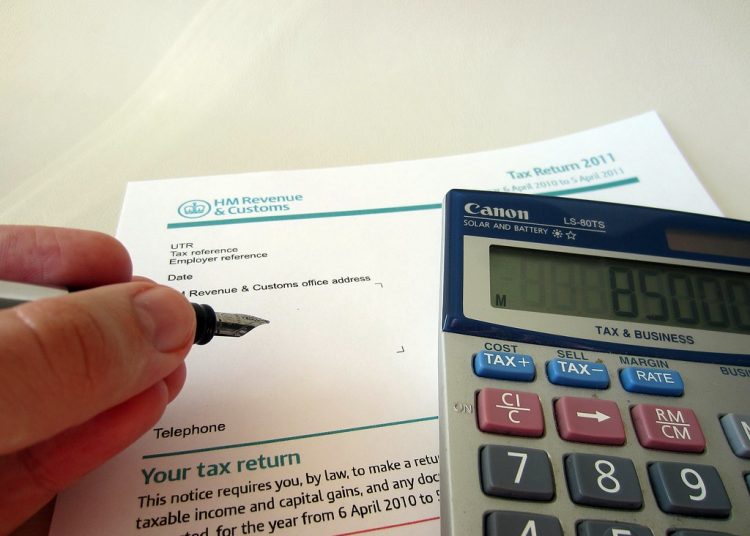 Once again theory triumphs over practice. Or at least it does in the mind of Boris Johnson. He sold Brexit by telling the British people that if we cut off immigration it would lead to more jobs for British workers and better wages. So that’s what must be happening – in the fantasy world occupied by government ministers chosen for their ability to repeat daft ideas with conviction.

In the real world something rather different is taking place. Shortages of workers are indeed driving up wages for some, but shortage of supplies are driving up prices. If you happen to have an HGV licence it is possible to earn rather more money than previously. If you don’t, you’re facing an increase in your heating bill, an increase in fuel bills, and an increase in the price of food. That means a reality of declining value of wages.

Consider for instance the situation of those NHS staff whom we all applauded so enthusiastically through the cold isolated months of last winter. In recognition of their efforts, they were awarded with an increase in pay of 3 percent. Much was made of the generosity of the government in making this award and the difficult of affording it. Unfortunately, inflation has already shot up to 3.2 percent. In other words, NHS staff are already staring down the barrel of a real-terms reduction in their wages. Even before the impact of further price rises caused by a fuel distribution problem that has been entirely created by political choices.

Then there is the small matter of increased taxes and of reduced benefits. There are people working within the NHS who receive wages that need to be topped up by universal credit. They just got a £20 cut in their weekly income.

On top of that, all moderately paid workers will be hit by a national insurance tax rise. Most taxes are designed to have a higher impact on those who earn the most. National insurance works the other way round. It is a negligible increase if you happen to be an investment banker. It is a sharp and unpleasant shock if you are on one of the lower pay scales in the NHS. It also hits employers hard, as they pay their share of the increased cost.

So, Johnson will be heavily cutting the standard of living of the nurses who kept him alive last year, whilst asking them to believe that he is creating a high wage and high skill economy. They will no doubt take comfort from his warm words as they struggle to afford their heating bills, and enjoy the taste of his promises as they head to the food banks to feed their families.

If the government was securing increasing wages as a result of increasing productivity, then it would represent a genuine achievement. Increasing costs and prices because of a decision to send away workers who are in short supply in key industries represents serious failure.

They have known about Brexit since 2016. Those who told us it would bring advantages have had five years to prepare for it. Where were the training programmes for the jobs that were in short supply? What plans were put in place over those five years to improve the working conditions for lorry drivers, fruit and vegetable pickers or meat processing workers?

The most basic preparations weren’t undertaken because any government minister who began to make them would have been defined as being disloyal to the wonderful vision of Brexit and kicked out of their job.

Such sloppy refusal to face up to harsh realities is now coming back to bite with a vengeance. It may be true, as Johnson chose to remind us, that pig farms send their animals off for slaughter. It may also be true that we should all be cutting down on our consumption of meat. There is, however, nothing positive about feeding pigs for months before shooting them one by one and then burning their remains. The consequences of doing that will be food shortages, price increases, and bankrupt farmers.

Was it really not possible for this government to plan in advance for the possibility that losing EU workers would cause difficulties? When they were constructing lorry parks in Kent, did it never occur to them that kicking out EU drivers might result in a shortage of workers? Why did the British government refuse for weeks to issue visas for key workers and then indulge in last-minute panic measures when there were queues at the pump?

We’re now being told that what we’re experiencing is a little temporary difficulty which will melt away as the advantages of the true vision of Brexit begin to kick in. Unfortunately, the exact opposite is true.

Introducing inflation into your economy puts up the costs of what your country makes relative to the costs elsewhere. Throughout the economy, employers are being faced with some ugly choices. They face rising costs for fuel, heat, and wages. They face supply shortages that are increasing prices. They are having to deal with extra paperwork and extra delays on business with the EU. Either they pass those price rises on and risk losing business, or they cut their costs. Both of those result in unemployment.

The ultimate irony of the Conservative Party conference was that they were busy congratulating themselves on their achievements in steering the British economy towards the sunny uplands, while simultaneously creating supply shortages, price rises and a dangerous inflationary spiral.

There will be those who will take comfort from Johnson’s fine words as they struggle to put increasingly expensive food on the table of their cold homes. Those of us who live in the real world are entitled to ask hard questions about the cruel realities of where this shambolic administration is leading us. They have proved themselves quite capable of starting inflation. Where is the evidence that they are capable of stopping it or the pain that it causes?