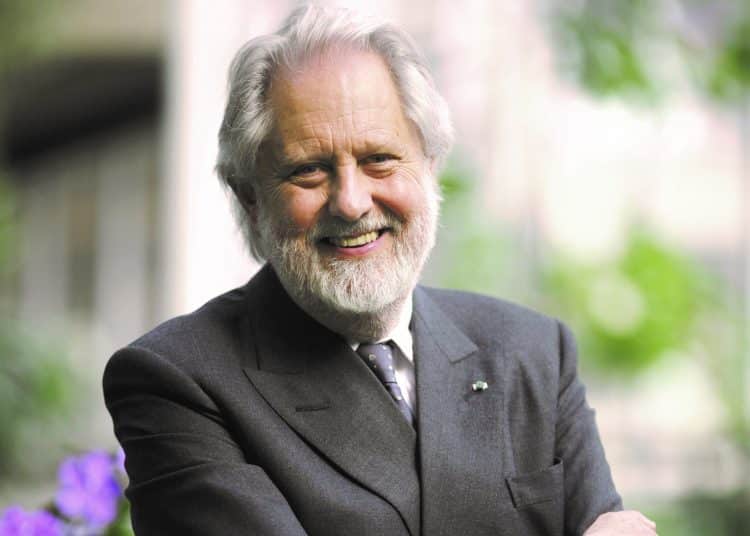 “Go before you destroy the last sliver of self-respect that our country can call its own”.

We lost two politicians this weekend – the first murdered whilst meeting constituents, the second who decided quietly to throw the towel in because he’d simply had enough.

The murder of David Amess MP will quite rightly be poured over for weeks to come. Whether anything truly good comes out of this, as Amess’ family hopes, is yet to be seen. Despite all the grand intentions following the horrific murder of another MP Jo Cox in 2016, it feels like nothing much has changed – the aspirations of a kinder, gentler politics lasting only as long as long as the epitaphs.

The decision of David Puttnam to leave the Lords is understandable given his age, but it’s the manner of his leaving that’s worth the attention.

Perhaps better known for his award-winning films such as Chariots of Fire, Memphis Belle, Local Hero, and Midnight Express, Puttnam has also been an active member of the House of Lords for 24 years where he’s sat on the Labour benches.

Using his speech at the Shirley Williams Memorial Lecture, Puttnam laid out the reasons why he was deciding to leave the House of Lords, listing recent legislation and proposed bills as an example of the erosion of the democratic principles essential to a functioning democracy:

This all points in one direction according to Puttnam, and there is more coming down the track.

“And with every passing month there are more – each of them setting out to chip away at and undermine much of what defines an active liberal democracy: those institutions that might act as checks and balances on a populist government that’s trampling on long held rights and conventions, with the sole purpose of tightening its own grip on power.”

The need then for a free and independent press cannot be overstated – a “free and fearless media” as Puttnam puts it. Instead, there is the prospect of political interference into the Chair of Ofcom and “the commercially illiterate and ideologically vindictive proposal to ‘purify by privatisation’ Channel Four”. And that’s before he starts on the social media companies who, he says, require a tougher regulatory regime imposed on them and the ending of cosy compromises.

Sadly, much of the place we find ourselves in now as a country is of our own making according to Puttnam. He says, “It’s in parliament that the buck stops; but on present evidence it’s also where much of the will stops”. Serious debate is now being substituted by a “dialogue of the deaf, typified by the government’s refusal to answer serious question”.

Puttnam perhaps vents his greatest frustration over the handling of the vexed question of Ireland, the protocol and all things Brexit – he remains “staggered at the display of pig-ignorance towards the fundamentals of Irish history” and the ignorance (wilful or otherwise) of the immense political sensitivities across the island of Ireland.

Whilst you may not agree with all of his analysis, this is a man worth listening to and one who has spent a long time reflecting on all this. Early on in his career, Puttnam managed to obtain the film rights to the book Inside the Third Reich, by Albert Speer, and subsequently spent time with Speer, Hitler’s former architect and armaments minister. It gave Puttnam a first-hand insight into how the fascists’ playbook may develop, and as he puts it, “the way democracy can be corrupted and overturned by a few malevolent but persuasive politicians”.

In his 1987 movie Broadcast News, one of the characters asks:

“What do you think the devil will look like when he next comes around? Nobody’s going to be taken in if he starts flashing a long red pointy tail”.

“No, comes the answer, what he’ll do is just bit by bit lower standards where they’re important. Just coax along flash over substance… just a tiny bit at a time!”

His early conversations with Speer have obviously caused Puttnam to reflect long and deep on the link between power and fear with “each feeding the other to create a toxic and combustible brew. One that perfectly serves the policies and purposes of corrupt autocracies, one that can only be faced down by a committed and unflinching adherence to plural democracy”.

Witness this weekend and it is hard to argue against the view that pluralist democracy is at crisis point. In his final speech in the Lords (on the online safety bill) Puttnam made an impassioned speech to Conservative members of both houses. In that speech, he said:

“With all the force I can muster I beg those many decent Conservative Peers and Members of Another House, those with a concern for the principles of parliamentary democracy, to do what sooner or later they will have to do: muster the courage to say to the prime minister and his seemingly supine cabinet ‘in God’s name go’.”

Puttnam is no angry young man. His words were carefully chosen. Former Tory MP Matthew Parris, writing in the Times this weekend pulled no punches when he opened his article with the lines “We’re going to the dogs. We haven’t quite woken up to the mess we’re in yet, but we will”.

It is indeed a mess we’re in. And it’s a tragic one. These are quite desperate times, but rather than desperate measures, we need calm, reflective and kinder responses.