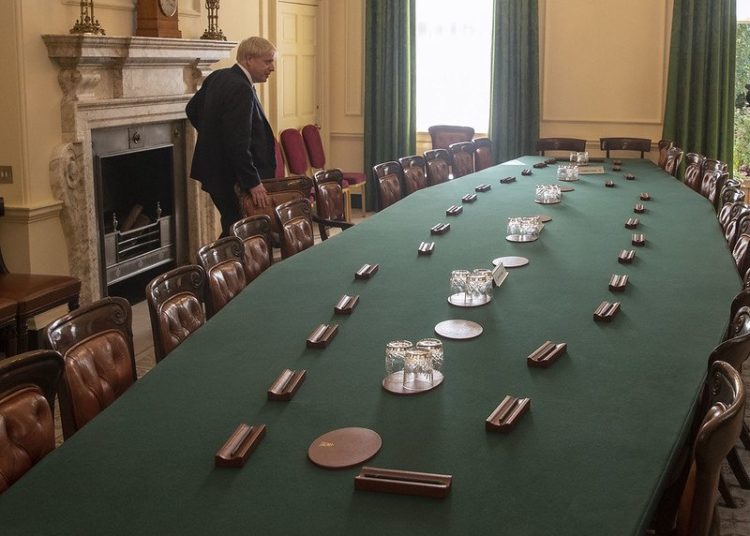 Except, of course, for one tiny little point. In both of these elections, the ‘winner’ actually lost. In both countries, the majority of the popular vote was strongly against putting power in the hands of the political faction that took control of the country.

In the USA there were 65,853,514 votes for Hilary Clinton and only 62,984,828 for Donald Trump. Close on three million more people wanted a female president than wanted Trump. Thanks to the bizarre Electoral College system, which gives greater weight to votes from smaller states, the popular choice didn’t get reflected in the outcome. Four years of immense damage can be put down to flaws in an electoral system.

In the UK right of centre political parties won just over 47 percent of the votes cast at the 2019 general election; left of centre just short of 53 percent. Yet the Conservatives won 365 seats and a huge majority. The prime minister, from the right wing of that party, chose his ministers who then stumbled from serious error to serious error.

It is worth openly setting out the data I used to arrive at this conclusion about the UK. I took raw data from the BBC website and allocated the votes as follows:

The outcome of the UK general election was therefore a 5.5 percentage point majority for parties supporting policies well to the left of the party that won most seats. Different conclusions can be drawn from this. Some people will assume that this is just the way things have always been in the UK and the rules are the rules. Some might also argue that this is the price we pay for strong and stable government. Personally, I’ve yet to spot strength or stability on either side of the Atlantic recently. Nor have I managed to spot a strong regard for the rule of law from Boris Johnson.

There’s a surprising lack of intense concern about this issue amongst many progressive voters in this country, who are being forced to swallow a constant stream of idiocies from a man who lost the popular vote. I believe this stems from the traditional view of some in the Labour Party that first past the post might have disadvantaged them this time but next time round it might well work in their favour and give them a turn of single party government.

That could be a seriously flawed assumption. In many countries there has been a strong tendency to move away from two large political parties slugging it out for control and a more pluralist and complex pattern of political parties has emerged. The reality of the modern political landscape is that there are alternative views about the priorities and lots of different parties fighting for votes. If anyone in the Labour Party is seriously hoping that nationalist parties will go away before the next election, or that the Green Party will disappear at a time of rising environmental problems, then they might be wise to think again. And think seriously about the consequences.

Losing elections that could have been won is a painful experience. It may be tempting for some to argue that surely every well-meaning voter should simply shut up and get behind the Labour leadership. Those who argue this might like to reflect seriously on the likelihood of that happening. Expecting everyone to stand aside and admire Kier Starmer’s leadership is dangerous wishful thinking. Some progressive voters won’t dutifully fall in line with his vision no matter how well he performs, and building a strategy for electoral victory on the hope that they will isn’t terribly wise or realistic.

Better by far for all those who share some progressive ideas to start campaigning for proportional representation and to start learning how to work effectively across party lines at local level. The first opportunity to do this is approaching fast. Parties are starting to choose their candidates for a whole series of local elections in May 2021. These are our first real opportunity to give Johnson and his cronies a serious bloody nose.

Winning seats, taking control of councils and building a power base from below is the single best strategy for starting to win the voters over that are needed to win the next general election. A bad enough defeat in May’s local elections is going to create a lot of very unhappy Conservatives who were previously loyal and who knows what they will do to Johnson. Particularly if they’ve just witnessed Trump lose and Brexit go belly up.

Winning local elections frequently requires local campaigners to strike deals over which party stands in which seats. First past the post can mean that if four roughly equally popular people stand in a local seat then the winner can secure that seat with as little as 26 percent of the vote. That is a theoretical possibility but watching good candidates lose contests because of split votes is a common experience in local elections that are often won on very small margins.

Party leaders need to be brave enough to set their local branches free to come to whatever arrangements make sense locally. Yet as things stand, any local Labour branch member who collaborates with other parties is open to being disciplined. Longstanding party rules consciously prohibit formal agreements for Labour to deliberately stand aside in a particular seat. In reality, many local branches respect this rule more in the breach than in the letter of the rulebook, but the rule is there.

There is, of course, something squalid about local political parties agreeing amongst themselves in a backroom deal who progressive voters will have the chance to vote for in an election. The best way of avoiding that is proportional representation, so anyone who wishes to can stand and any voter can freely express their genuine preference instead of having to make a calculation about who is most likely to win.

The earlier all progressive parties sign up to create that system in the UK the better and the sooner we all learn to work across party boundaries whenever we share common causes the better.

Oh, and one final thought. Many people are celebrating the victory of Jacinda Ardern in New Zealand. She would not have been able to form a government in 2017 if it weren’t for proportional representation and cross-party collaboration.