The tensions between the science of epidemiology and the politics of governing the country, and trying to preserve the national economy at a time of pandemic, are laid bare in the predictions and hopes of the prime minister and his health secretary. Meanwhile we, the people, are caught in the crossfire. 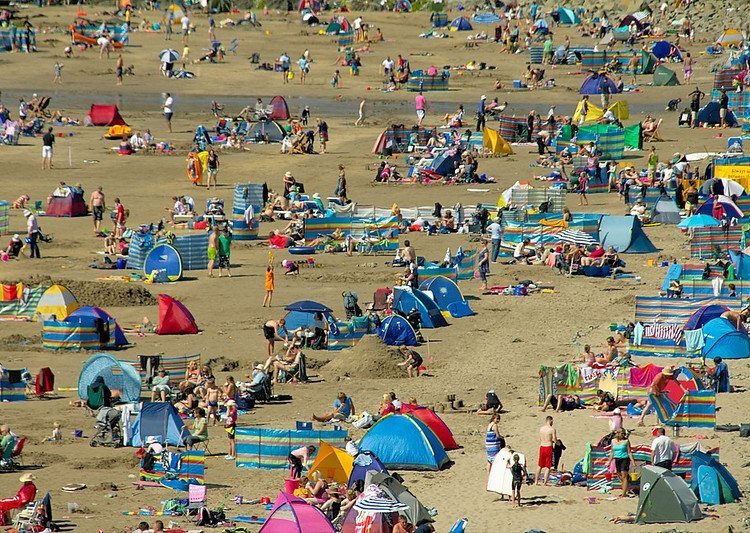 Throughout this pandemic, the government has persisted in over promising and under delivering. With the exception of the vaccine rollout, the success of which is largely down to local healthcare systems, it’s safe to say that if a minister (particularly the prime minister) promises something, people would be wise to take it with a pinch of salt. Promises about the likelihood of a “great British summer” are no different, with scientific modelling predicting this would lead to a third wave of the coronavirus by the autumn.

Health Secretary Matt Hancock has suggested that the lockdown may be over in time for a return of the good times this summer. When asked by the presenters on the BBC’s Politics East programme where we will be six months from now, he replied:

“Well in six months from now we will be in the middle of a, I hope, a happy and free great British summer. I have high degree of confidence that by then, the vast majority of adults will have been vaccinated and that’s not just the clinically vulnerable groups, but all groups”.

He added, “I think we are going to have a great summer, but we will have a tough few months between now and then”.

Since the interview, the prime minister has come out in support of the health secretary. Boris Johnson has said he was “optimistic” that we would all be able to have a summer holiday this year. He said he did not want to give “concrete” dates for such trips but would set out more details “about the way ahead” on 22 February.

However, scientists take a more cautious view. The SPI-M-O, a subgroup of the Sage group of government advisers, has expressed doubt whether things will return to anything like normal this year. In a paper published ten days ago, they said:

“Once the vaccine has been rolled out to the most vulnerable, there will be scope for partial relaxation of non-pharmaceutical interventions.

“But the extent of this scope is highly dependent upon the impact of vaccines on viral transmission. Scientists are unlikely to know what affect vaccines have on transmission for at least a couple of months after vaccine roll out. If decisions were made to slightly loosen restrictions in the earliest months of rollout, this would happen with no one able to say whether or not to expect a resurgence in cases”.

She told the BBC’s Andrew Marr show that, “We have learnt, as we did on the first occasion, we have to relax things really quite slowly, so that if cases start to increase we can clamp down quite fast”.

The latest mathematical modelling from Warwick University, published on 26 January 2021, presents “an aged-structured mathematical model, matched to a range of epidemiological data, and forecasts outcomes from the Covid-19 virus in a range of scenarios”. The model outlines the possible number of hospitalisations and deaths following different courses of action that could be taken by the government.

“Our predictions highlight the population-level risks of early relaxation leading to a pronounced wave of infection, hospital admissions and deaths. Only vaccines that offer high infection-blocking efficacy with high uptake in the general population allow relaxation of the non-pharmaceutical interventions without a huge surge in deaths.

“Vaccination will provide substantial individual protection to those who get two doses, but the degree of protection in the wider population remains unclear. As the numbers of vaccines administered increases, this will allow some relaxation of general lockdown restrictions, but this must be done slowly to prevent large scale health consequences”.

Currently, we don’t yet know how good our vaccines are at preventing the spread of the virus. This modelling shows that “under reasonable assumptions for vaccine efficacy and uptake” we are not going to reach herd immunity in the UK. This means that other interventions such as social distancing, bubbles and travel restrictions should remain in place for the good of the health of the population.

Letting the population out of lockdown in July/August to go on holiday and mix outside their bubbles is likely to lead to a third wave, with a spike in hospitalisations in September/October, just as the new academic year is due to start. It’s almost as if we’ve done this before.

If the government overrides advice from its own scientists, again, it will be placing the country at high risk, with the prospect of ‘bounce back’ lockdowns continuing into the following year. The government’s mantra that it will “follow the science” has been, it says, its guiding principle. But it demonstrates again and again that the opposite is true. Mistakes have been made, with ‘Eat out to Help Out’ and ‘enjoy your holidays abroad’ being prime examples of what not to do in the middle of a pandemic if you expect to keep the number of hospitalisations down.

Scientists have been advising the government to control our borders since the beginning of the pandemic, 12 months ago. With news of the latest mutations, particularly the variant form South Africa, this advice became more urgent last month. Yet still we are allowing travellers in and out of our ports and airports without proper checks or enforced quarantining. Does the government really expect us to believe all this will be sorted a mere five months from now, in time for us to once again freely enjoy our summer holidays, at home or abroad?

Todays news is that international travel is the factor to have had the most significant impact on death rates so far. Researchers from Aberdeen, who looked at the initial wave of Covid-19 last year, found that “early restrictions on international travel might have made a difference in the spread of the pandemic in western Europe, including the UK”. This is still hugely important for countries like the UK that have yet to control their borders effectively.

The tensions between the science of epidemiology and the politics of governing the country, and trying to preserve the national economy at a time of pandemic, are laid bare in the predictions and hopes of the prime minister and his health secretary.

Meanwhile we, the people, are caught in the crossfire.