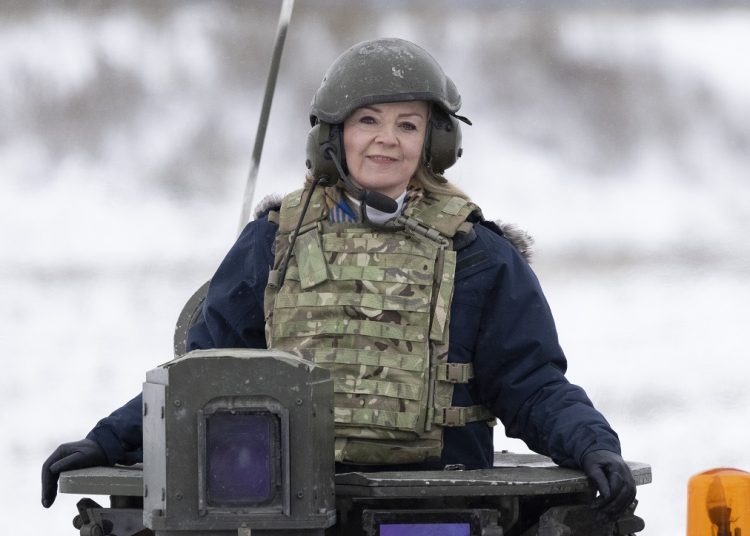 30/11/2021. Tallinn, Estonia. Liz Truss visits British troops on deployment to Estonia as a part of the enhanced Forward Presence (eFP) as they operate alongside other NATO troops in Tapa, Estonia. Picture by Simon Dawson / No 10 Downing Street

After the removal from power of a serial liar and cheat with an unstable personality, any reasonable person might expect people who chose the next leader to be rather more circumspect. Not a bit of it.

Donald Trump got to power by lying so outrageously that he told his supporters Barak Obama was the founder of ISIS. He tried to cling on to power by encouraging a violent mob to storm the White House.

When he fell, most of the people who had supported him didn’t decide to start behaving more reasonably. Worrying numbers of them came to the conclusion that they too could rise to the top by appealing to the lowest common denominator. Trump may have been defeated at the polls, but Trumpism is still alarmingly strong and unhealthy.

In a similar way Boris Johnson may have been unseated after breaking his own lockdown rules, lying repeatedly to parliament, and making a habit of using public office to promote the career of his latest lover but he remains an inspiration for some. 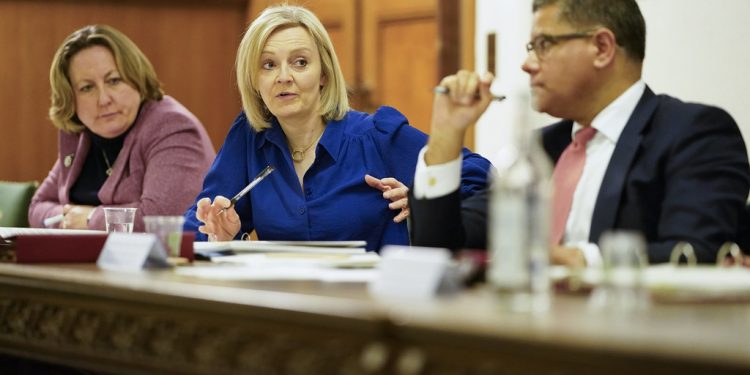 Anyone who is solely interested in their own career, loves the sound of their own voice and delights in a photo opportunity can study the example and learn the technique. Which is why Liz Truss is the leading contender to become prime minister.

She isn’t a particularly talented individual, but she does have one very troubling skill. She understands how to speak to the base of supporters that she needs to win over in order to further her own career. The rest of the nation may be shuddering with embarrassment at the gauche way that she is trying to cosy up to the right wing of the Conservative Party but that is of no consequence to her, provided she wins.

All she has to do to become our next prime minister is tell Conservative Party members what they most want to hear. She is therefore talking a great deal about tax cuts. She is not mentioning the horrible rise in mortgage rates that might accompany them. She is talking enthusiastically about de-regulation. Without mentioning that it was the prime cause of the 2008 financial crash and the Grenfell Tower disaster. And she is talking about axing the white elephant of public spending without saying anything about how the nation will cope with fewer doctors and nurses, demoralised teachers and care workers leaving the profession in droves.

Truss was right about Brexit

All of which would be bad enough were it not for the utter contempt with which she is treating the facts around Brexit.

Johnson got to power by telling us all that we could have £300mn more every week for the NHS and that Brexit would give us back control and create wonderful new opportunities. He knew it was a lie but realised that if he repeated it often enough it would be believed by enough people. At the time, Truss took a completely different stance. She spent a great deal of time trying to explain to the nation exactly how much damage it would cause us if we left our biggest trade market.

Any objective fair-minded person who looks at the evidence of what has actually happened since the Brexit referendum would have to admit that what she said at the time was right. The promises of extra money to spend have simply never materialised, whilst the worries about farmers facing unfair trade deals, fishing communities losing access to their most important market, and holiday makers queuing for hours alongside lorry loads of British exports have proved very real.

Sloganeering vs the truth

Unfortunately, fair minded objective politics is in short supply just at the moment. It has been replaced by repeating simple slogans often and loudly regardless of what’s actually happening. So, Truss is now telling us she wanted Johnson to remain in power because he ‘Got Brexit Done!’. Despite the obvious fact that we still don’t have a deal that works for Northern Ireland and we still don’t have tariff-free access to the European market.

Similarly, it is being repeated every day that the Conservatives are determined to ‘level up’ despite evidence from the highly respected IPPR North proving that public spending in Yorkshire is stuck at £15,549 per person whereas in London it is £19,231, an increase of 25% between 2019 and 2021.

What matters to her is not the truth but the career opportunity. Not the best interests of the country but the thing to say that is in her own best interest.

The contempt this displays for the public is quite extraordinary. Project sneer has crept over her entire character. We have got rid of one insecure figure who was desperate for public approval only to find ourselves at severe danger of being replaced by another.

If she expects the rest of us to watch passively whilst she pulls off the astonishing feat of landing Britain with an even worse prime minister than Johnson then she may well have another think coming. A nation that has learned how to resist one lying prime minister of dubious character may prove to have the measure of her even before she has started in the job.

The narrow faction of political hobbyists who have joined the Conservative Party may want her in but a lot more people want her out. We can perhaps hope that it is not just the far right who have learned something from extreme populist politicians. A growing number of reasonable and fair-minded people can see straight through their lies and bluster and know that we are much better off without them.